At the New Delhi Railway Station

The sun was directly above my head, casting clear black shadows of me and my friend Mehroz as we stood in front of the New Delhi Railway Station on an extremely hot day.

The pillars were brightly lit with red and green. Two policemen were standing guard at the main entrance accompanied by an official in white uniform. He was checking the tickets of the swarm of people entering the station.

It was June 1, the day the Government of India decided to resume operating some 200 trains around the country apart from the Shramik and special trains that had already been running.

Ironically, it was also the day that India reached seventh spot in the number of COVID19 cases reported around the world (we’re at number four now).

Mehroz and I were there to cover the arrival of people who had been stuck in Delhi since the lockdown was struck. Passengers were trickling down the long passage carrying their bags and trolleys with them. On any given day this would’ve been a fairly normal scene, but it was broken by the odd masks that now donned the face of every individual here. 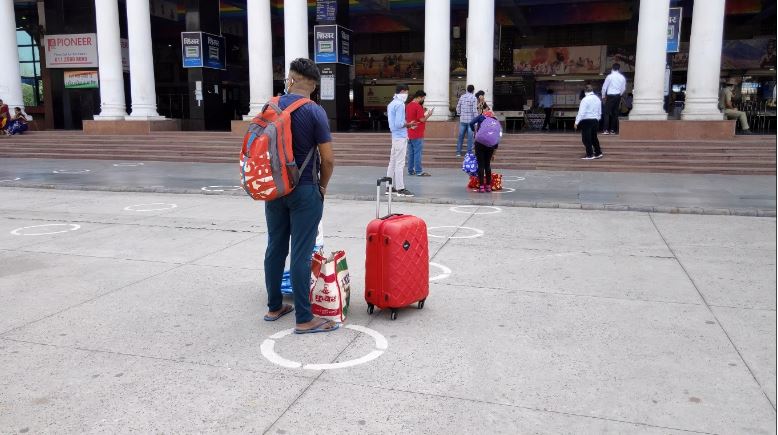 Police personnel were keeping a close eye on us after denying us entry into the station. They kept murmuring softly, asking us to shoot a little away from the place, but we were also persistent. As I finished saying my piece to camera, I turned left to where the passengers were coming from. 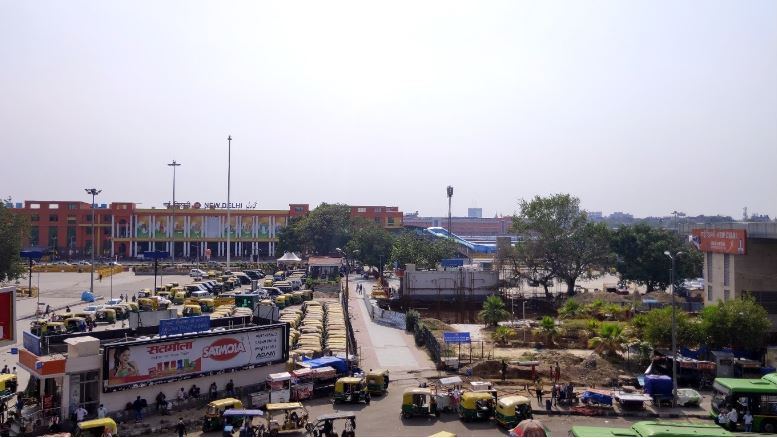 Under the shade of a big neem tree sat a group of some 20 people, lounging in what could hardly be called a comfortable seat. There were children, women and men sleeping on raised blocks made of bricks, and many looked as if they had been waiting for a long time. 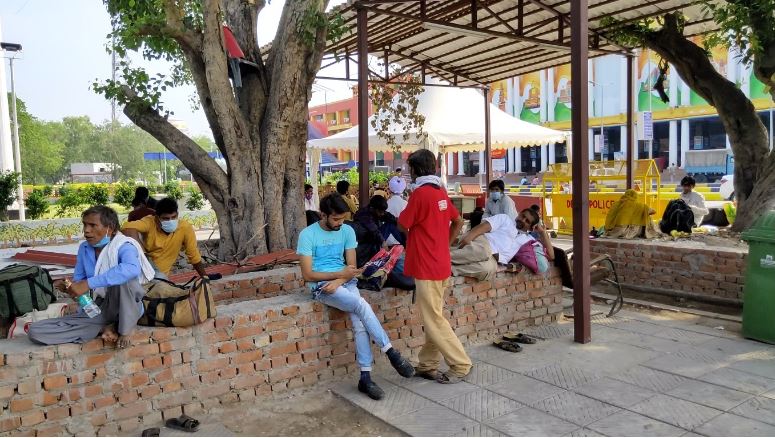 There was a clear distinction between the passengers coming from the road, well equipped with masks, gloves and trolleys, and these people sitting under the tree. Some of them were using their gamchas as makeshift masks. A balding man sat there swinging his gamcha left and right, for relief from the scorching heat that pierced the spaces between the leaves of that tree.

A short distance away was a snowy white, dome shaped tent which to me had an uncanny resemblance to the tent from tales of Aladdin. It held half a dozen police officers chattering and laughing among themselves. Unlike these migrants under the tree, they seemed well off, lying comfortably in their seats.

I proceeded towards the tree for a closer look at the situation the migrants were in. On a block of bricks dozed a man with his arms flailing as he slept.

I approached a group of three people sitting with a rather grim expression on their faces. “What happened bhaiya? Are you waiting for the train?”

“We don’t know anything. They’re only letting inside those with reserved tickets. Do you realise how difficult it is for us to book a ticket online on the railway site? We don’t have a smartphone to buy tickets online so we bought it from a private shop,” said Kishan, a man in his mid-twenties who wanted to return to his hometown Aara in the state of Bihar.

“They are charging us double. The bus operators are taking thrice the amount. We could only reach the station by selling our utensils,” said another man, probably in his thirties, his mouth covered with a mask.

“When will your train arrive?” I asked. “Tomorrow,” he said. I asked why he was here so early. “I bought the ticket today and it was with great difficulty that we reached here. We will pass the night here as we can’t afford to go back.”

Rushing towards us, an old man in a plain white dhoti–kurta cut short our conversation. “Bhaiya help me! There’s no one to tell me where to go. These police officers are scolding and pushing me away. Here’s my Aadhar card. Can you help me?” he pleaded with us.

I looked up to Mehroz as helplessly as the old man. “Bhaiya, we ourselves don’t know much but you should talk to these people, they know better where to book the tickets,” said Mehroz to the old man. We decided to help the man figure out where he could book the tickets, and he set off in that direction. 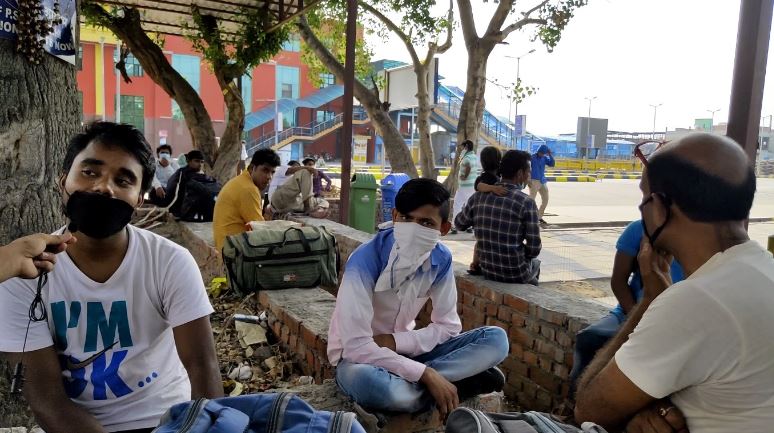 As we stood up to leave I took one long glance at the people waiting under the tree. It’s only when you step out that you can gauge the extent of hardship the Corona virus is causing India. It has been left to civil society to support them now.

Towards Personhood: Humancentric Laws Cannot Resolve Our Conflict with Other Animals 16 hours ago