Clothes are often used as an expression of politics, to reclaim spaces and advocate identities—a chance to articulate a point without taking direct action.

Black Lives Matter, the biggest protest movement in U.S. history has made use of symbolic dress codes in their march. In the recent uprising against the murder of George Floyd due to police brutality, people could be seen purposely guised in all black—few protestors meant it as an imitation of the police riot gear in a harmless protest while others implied a deeper connotation at racial injustice.

Meanwhile, protestors were seen at the Brooklyn Museum dressed in all white clothing in support of black Trans lives—white was meant to replace the rainbow often associated with the community, challenging the concept of pinkwashing. It went ahead to showcase a blank slate for Trans lives. 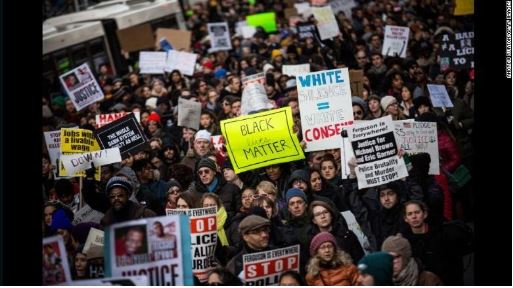 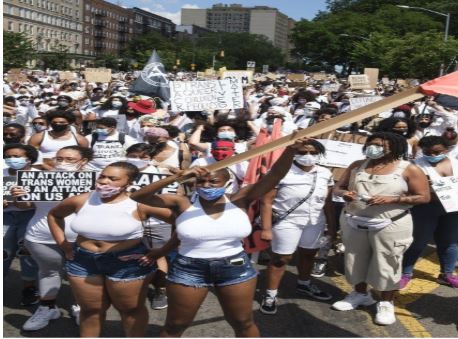 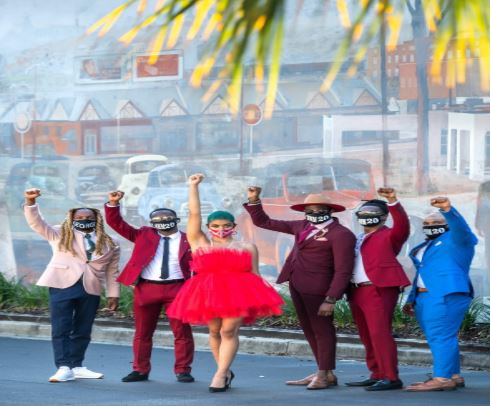 Kimberly Chrisman Campbell, an award winning fashion historian, curator, journalist and the author of the forthcoming book Worn on This Day: The Clothes That Made History commented on the political nature of clothing: “Fashion is often perceived as being frivolous and fun, but it’s a form of human communication and, as such, it has always been political—especially for women, who have not always had access to more conventional forms of self-expression.”

“"Politics" isn’t just a question of who you vote for; it encompasses things like environmentalism, labor practices, gender, and globalism, all of which have immediate relevance to the fashion industry,” she said.

“What you wear is not a substitute for substantive action—like voting or protesting—and the two should go hand in hand, or your clothes do risk becoming superficial virtue signals. But clothes are often more visible than actions and, thus, powerful political tools.”

The globally rising agitation has intensified the role of clothing as a means of protest. Now, it is a notable aid in order to reinstate an identity, belief or opinion.

The idea behind dressing in a pre-decided manner allows every participant to show their dedication to the issue—they didn’t just happen to join the protest, they came solely for it. It also interestingly allows protestors who couldn’t join a march to still be able to raise their support for it by dressing in the uniform code.

The Pussyhat Protest launched in 2016 gave rise to a major feminist symbol at the time—a pink hat, often handmade with catlike ears in response to Donald Trump’s “locker room banter” remark “grab them by the pussy”. It created a sea of pink as women marched against terms used for them and for minorities during elections. The organisers of the march explained the use of hats by saying, “The more we are seen, the more we are heard.” 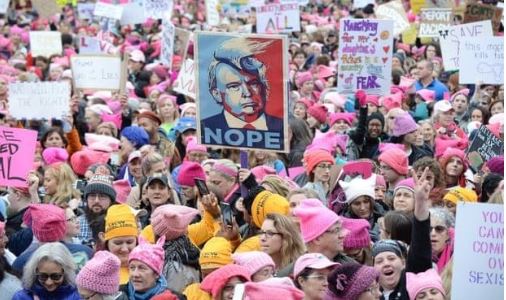 In policy corridors, politically-charged clothing made successful as well as questionable debuts amongst politicians. Women politicians of the State of Union in 2020, and even before that on certain occasions, have adorned white as their dress code as a call back to the suffragette movement as they struggle to still achieve equality for women in their country. 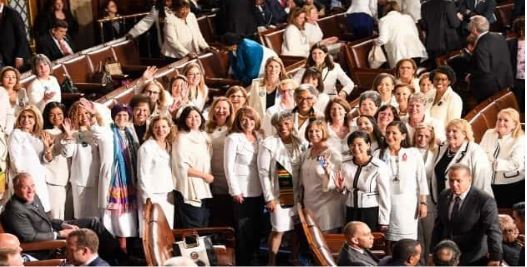 Melania Trump, the first lady of America in 2018 wore an infamous Zara jacket which read “I really don’t care, do u?” to a migrant children detention centre. She attempted to dodge the criticism by saying that it was meant for the left-wing media who spreads fake news about her. She went ahead to then wear Dolce & Gabbana dresses despite being aware of their history of offensive comments—from promoting rape to mocking slavery and the Chinese culture. When asked about it, she responded saying, “Focus on what I do, not on what I wear.” 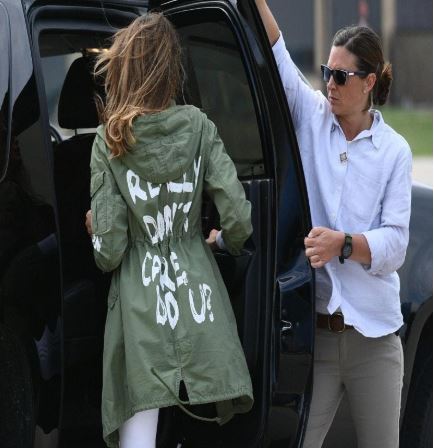 As fashion is an industry with an unsettling legacy of glorifying environment degradation, fascism and human rights violations within its supply chain, some might find designers preaching on politics and morals hard to swallow, but that hasn't stopped a few from expressing their viewpoint.

Over time, the runways of fashion weeks have been dominated by political statements almost every other season, giving birth to a catwalk of activism where conversation goes beyond clothes.

Vivienne Westwood has never been shy from addressing issues such as uneven wealth distribution by sending down models with long prosthetic noses saying, “tax the poor and give to the rich, that’s the lie with the long nose”—or talking about global warming and sustainability with models wearing aprons and tabards with anti-consumerist and climate change slogans. 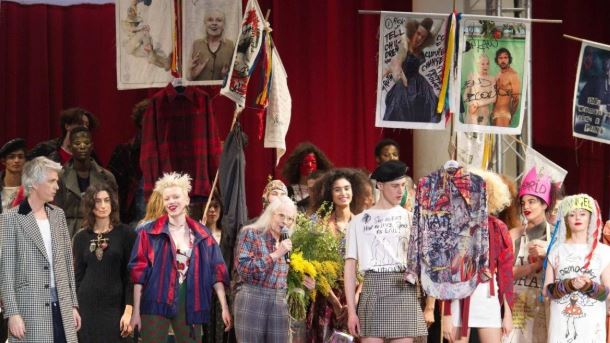 Kerby Jean Raymond, founder of Pyer Moss took a firm stand against police brutality and racism with a show dedicated to the victims of the same in 2015. Models wore work shoes with the names of the victims scrawled on it and painted to imitate blood splashes. The garments read “Breathe Breathe Breathe” in response to the last few words of the victims being “I can’t breathe.” 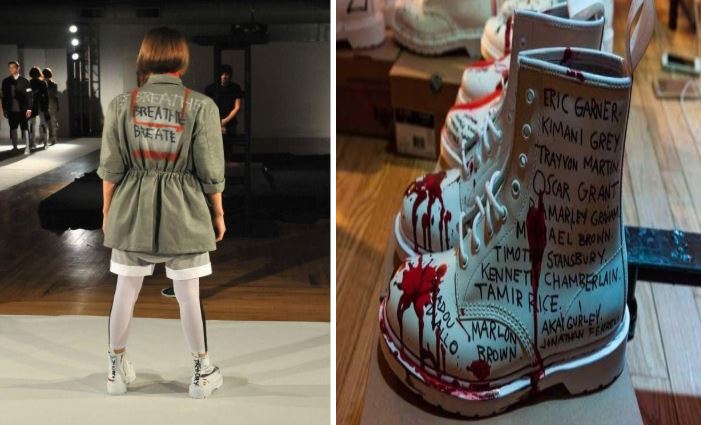 In response to why more fashion designers are not taking a stand through their clothing, Kimberly responded saying, “Fashion is a business, and it’s hard to make a political statement if you’re bankrupt, so most designers do tend to play it safe. For the same reason, though, if their customers are demanding political fashion, designers will provide them.”

Whether its berets adopted by the activist groups such as Black Panther and Young Lords, the Sans Culottes of the French revolution or the Zoot suit for the Mexican-American community – history has carefully witnessed how clothing is the understated window of demonstrating one’s political outlook.

Women dressed in long white (purity) dresses paired with a beaded necklace, belt or ribbon in the colour purple (dignity) and green (hope) marched in visual unity for women’s rights. The organisers of the women’s suffrage movement back in 1908 carefully chose the conventional feminine style of dressing in order to avoid any accusation of eccentricity while they defiantly engaged in ‘unladylike’ activities. 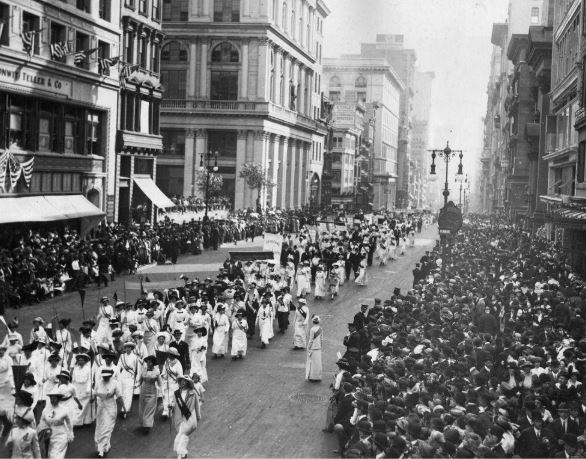 Since eons, Antifa activists (anti- fascism) have been practicing the ‘black bloc’ tactic, where they are covered head to toe in a black ensemble—balaclavas, gloves, masks that conceal the identity of the perceived “disruptor” and protects them from getting recognised and later being harassed by authorities for their participation. 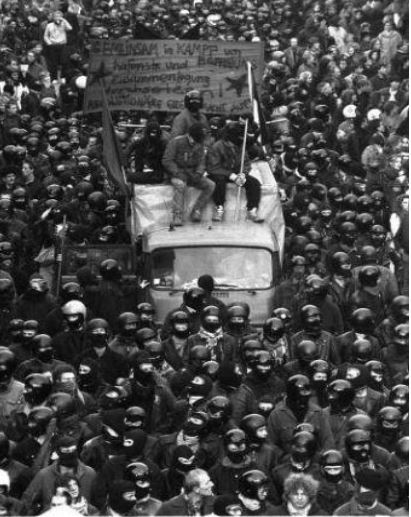 White supremacist groups have not been shy to establish their standpoint through collective effort—white hoods being adorned by the Ku Klux Klan where racism is the oath or smaller groups repurposing the look of Polo T-shirts and Khakhi pants, “the uniform of everyman”, for their antiquated movement is a common sight.

With a different rationale but similar means, the Civil Rights activists wore neat white shirts, crisp black suits and slim ties to reflect the accepted mainstream, with the message being – “We are just like you, what is there to fear?” 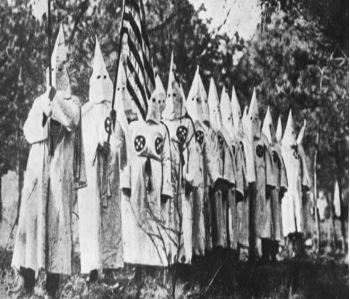 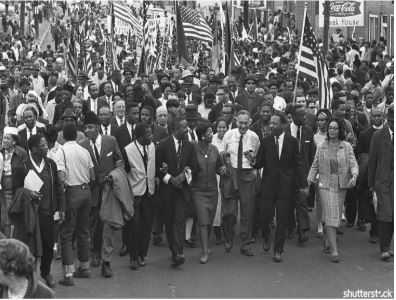 One’s choice of clothing is a sensitive path which needs to be carefully tread upon with the utmost respect—for lives, sentiments and change. Clothes have a voice—they create a powerful imagery whose responsibility cannot be ignored.