Life Under the Shadow of Ram Mandir

For me Ram could never be associated with hate

The Ram Temple cacophony is being built up once again. August 5, also the anniversary of Article 370’s abrogation, has been fixed for Prime Minister Narendra Modi to lay the foundation stone of the promised temple.

This Babri Masjid = Ram Janmabhoomi campaign has had a devastating impact on people like myself, who have spent most of their lives under its shadow, ever since the locks to the disputed site at Ayodhya were opened with Rajiv Gandhi in power. That decision followed a more controversial move by his government: to turn around a Supreme Court verdict awarding maintenance to Shah Bano Begum.

Without going into the history, I just want to convey the impact these developments have had on several people like me. Our lives have been intertwined with these developments, as we witnessed our secular values being demolished, and a cult of intolerance taking over our lives, that has given new meaning to many things.

My decision to pursue journalism as a profession also ensured this issue would not leave me. Coming from a small town in the hill state of Himachal Pradesh, my first brush with these developments came when the Bharatiya Janata Party passed the Palampur Resolution in 1989, during its national meet at the pristine hill station, to join a campaign led by sants (holy men) to build a temple to Ram at the spot where the Babri Mosque still stood.

This was followed by firsthand experience of the hate campaign that ultimately led to the demolition of the mosque on December 6, 1992. 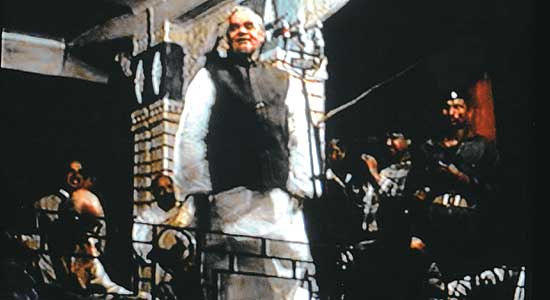 I can recall the shock I felt when I heard a recorded speech of Sadhvi Rithambra being played in a market in Meerut ahead of the Rath Yatra undertaken by senior BJP leader Lal Krishna Advani.

The day the Babri Masjid was demolished was a very disturbing one in my family, that had survived the bloody Partition after having lost all in Rawalpindi. “It’s a black day for India. Why did they allow the partition if they wanted to do it all over again?” I remember my grandfather saying in fury.

As a youngster, I too lost something that day. From that day onwards Ram became something associated only with this movement. Having visited my maternal grandparents in Allahabad during several winter vacations, I was used to ‘Ram Ram’ and ‘Jai Siya Ram’ as a standard morning greeting and a response from everyone, including Muslims. But after the Babri Mosque was demolished I reserved these greetings only for my paternal grandmother, who was hard of hearing and knew no other way to greet people.

She came from that stock which is now very rare: a practising Hindu woman who had learnt the Gurumukhi script from a Maulvi in a village that is now in Pakistan. She read the Ramayan regularly till she attained the age of 100 years. For her Ram was one of the names of a universal God to be revered by everyone. For me Ram could never be associated with a movement of divisiveness.

Advani calling it the saddest day of his life in an article, Uma Bharati resorting to selective amnesia, Narasimha Rao relying on his grasp of the Constitution and Jyoti Basu with his no-nonsense approach on preserving secularism at all costs, intrigued me. And former Prime Minister VP Singh’s words to me on the sidelines of the hearing now stand as prophecy: “The BJP looks at Ram as its polling agent. Whenever in crisis it falls back on the Mandir issue.”

And then in 2002 the Godhra train burning incident happened in which 58 ‘Karsevaks’ returning from Faizabad to Gujarat were burnt alive inside the S-6 coach at Godhra station. This was followed by an anti-Muslim pogrom across Gujarat.

My reporting stint in Gujarat during the troubled years of the first decade kept the Masjid–Mandir issue a mainstay of my work.

I remember visiting a bitter, 82 year old Dr Girish Chandra Raval at Ramol in Ahmedabad on the first anniversary of Godhra, where he related how his wife Sudhaben had died at Godhra, and he had later lost his son who worked for a Hindutva organisation in the pogrom that ensued.

Raval claimed that his wife was just a religious faithful devotee of Ram, and was not against any other faith. He was scathing of Hindutva organisations, saying, “I used to tell my son that nothing will come of this temple movement. People are being used.”

I also met an auto driver who had lost his wife at Godhra: “Since I lost my wife, my life has turned upside down. Besides trying to make ends meet, I have to do the household chores and bring up my little son,” he said.

But life had to move on, and some years later it so happened that this auto driver married Dr Raval’s widowed daughter-in-law.

I also attended the wedding of Raval’s granddaughter, Khushboo. I had expected the families of Godhra victims to be vitriolic towards Muslims, but a large number of them were angry at the politicians, and felt betrayed by the organisations that had influenced their family members’ visit to Faizabad, now Ayodhya.

A year later I was to discover that some of the families had boycotted a programme organised by the Vishwa Hindu Parishad to mark the Godhra incident, and camped at the home of a secular activist instead that day.

It was just yesterday that I got a call from a friend and keen political observer in Ahmedabad pointing out how the issue has unfolded:

“The media must bring out the hidden nuances of the developments related to the Ram Mandir Babri Masjid issue for the present crop of youngsters.

“Who were the people used as cannon fodder during this period and who are reaping the dividends? Where are the political leaders who came into the limelight only because of this controversy? Where do leaders including Advani, Joshi, Uma Bharati and many others stand in the present context, when a gala event has been planned for August 5?”

He further pointed to media reports that none of the ‘Karsevaks’ would be present at the event.

The poet Kaifi Azmi was not wrong to describe the Babri demolition as Ram’s ‘Doosra Banwas’ (second forest exile) in one of his iconic poems under the title. But those who have never subscribed to the plurality of Indian ethos are once again busy bombarding us with calls to celebrate Diwali this August 5… 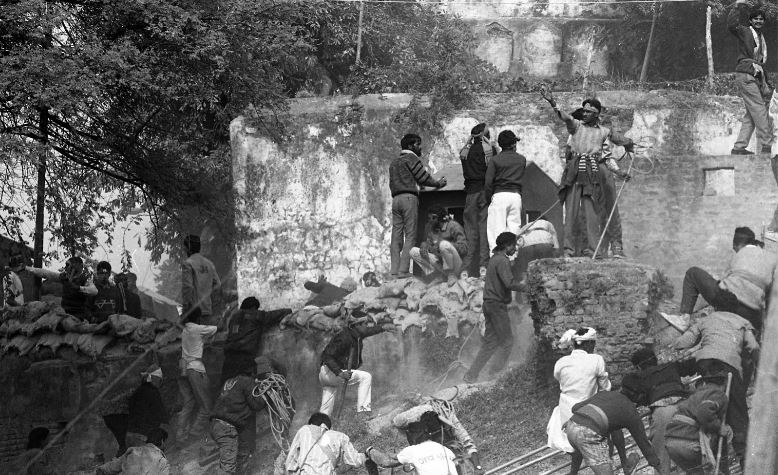