'COVID-19 has forced us to face immense difficulties"

Protesting inadequate government assistance in the fight against COVID-19, around 600,000 of the one million Accredited Social Health Activists (ASHAs) in the country are going on a nationwide strike for two days, starting today.

According to a press release by ten central trade unions including INTUC, AITUC and CITU, ASHA, anganwadi and National Health Mission (NHM) workers, affiliated with these trade unions will be staging demonstrations on August 7-8, and will be participating in a “jailbharo” andolan on August 9.

“The scheme workers many of them are frontline workers in the fight against Covid- 19 are forced to take this step after four months of the outbreak of the pandemic and the lock down because none of the minimum requirements for them – safety, insurance and risk allowance- are provided by the government,” read the press release.

These healthcare workers, who have been at the forefront of the current crisis by helping officials contact-trace COVID-19 patients, are demanding that the government honours its commitment and provides timely payments, insurance to cover all deaths on duty and a legal status to ensure minimum wages.

“The action program has been initiated in almost all districts. In some places, they were already in agitation because the incentives promised are not being given to them,” Amarjeet Kaur, General Secretary of the All India Trade Union Congress (AITUC) told The Citizen.

ASHA workers receive an honorarium and performance-linked incentives, though many claim pending dues which have not been paid for months. According to reports, the onset of the pandemic has forced the women to work longer hours with little to no safety equipment, and with the added risk of contracting the virus.

“Whatever honorarium they are supposed to get, even that is pending for a few months… Those who are getting Corona affected, they are not getting hospitalisation. All such problems are there. It is going on almost all over India,” Kaur said, adding that not only ASHA workers, but in many places anganwadi workers have also joined them in the field. 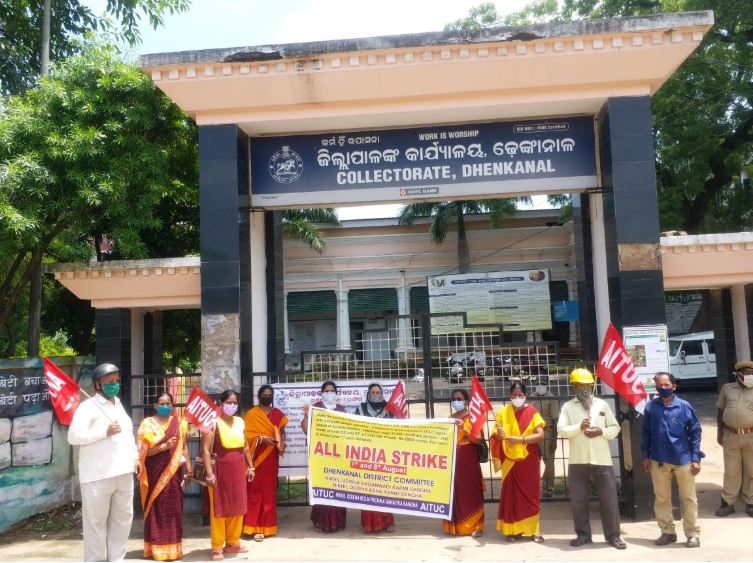 Sarita Roy, an ASHA worker in Bihar explained that frontline workers have had to face immense difficulties in discharging their duties during the COVID-19 crisis, made worse by government apathy and inaction. With the stigmatization of COVID-19, ASHA workers have been facing the added issue of harassment at the hands of those she visits.

“We do not have PPE kits. We would have to work without masks and gloves. When we would go to people’s houses, there have been many instances where ASHA workers have been physically assaulted and made to run away. Her papers were snatched and torn,” Roy told The Citizen.

If our ASHA workers weren't there, this fight against Corona would not have been possible,” she added.

Roy explained that in Bihar, ASHA workers had begun their agitation on August 6, later joined by the nationwide strike. The strike was called because the Bihar government has not delivered on its agreement made with ASHA workers on January 7, 2019, she said. “We were told we would receive Rs. 1000 per month, that a service book would be maintained. Till date, we have not received payment,” she stated.

Roy told The Citizen that the ASHA workers are demanding the Bihar government honour its January 7 commitment, and also give them the status of a government employee. “We have not received a single paisa for our duty during the Corona crisis. Government must pay all pending dues,” she demanded.

Roy further added that on August 9, protestors are planning to initiate a hunger strike and a jail bharo andolan.

Jeet Kaur, an ASHA worker from Punjab, told The Citizen that bringing up issues with the authorities are often met with threats.

“There is so much pressure from above for us to go house-to-house, and after all this we are not even given our wages. They are making us work for free… When we tell them, then we receive threats that we will be removed. We are told, ‘You leave, there are many to replace you.’ The government is not listening to us,” Kaur said.

“COVID-19 has forced us to face immense difficulties… We have not been given any safety precautions. We don't have any PPE kit, or masks or sanitizer. Nothing has been given to us. We are making cloth masks at our homes and then going to work,” she added. 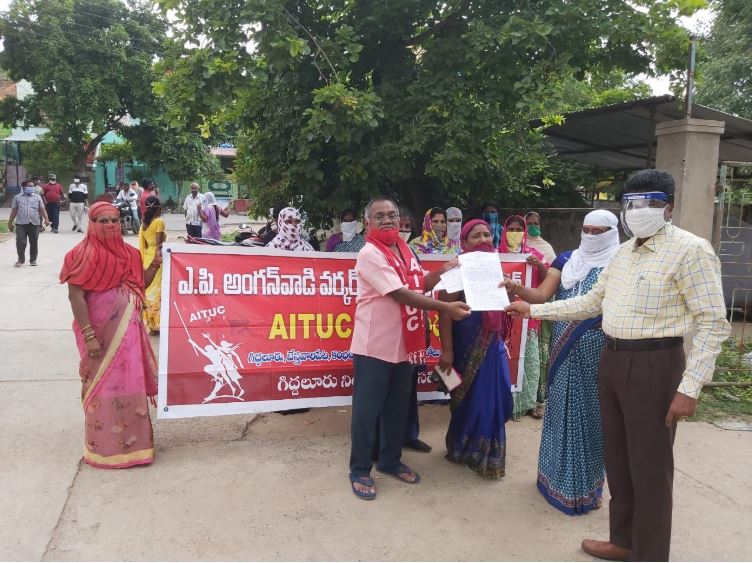 Instituted under the National Rural Health Mission, 2005, ASHA workers are meant to be an “interface between the community and the public health system.” As per the NHM’s website, they are often the first point of contact for any health related demands of “deprived sections of the population, especially women and children, who find it difficult to access health services.”

With their nationwide strike, ASHA workers and the anganwadi and NHM workers who have joined them, are demanding that the proposals to privatize basic services including hospitals and nutrition schemes—such as Integrated Child Development Services (ICDS) and the Mid Day Meal Scheme (MDMS)—be withdrawn.

They are urging the government to pay minimum wages of Rs. 21,000 per month with an additional Covid Risk Allowance of Rs. 10,000 per month for all contract and scheme workers who are engaged in COVID-19 duty.

In terms of safety, protestors are demanding safety gear for all frontline workers and PPE kits for those working in containment zones and red zones. They are also urging the government to provide free, random testing for frontline workers and that no one over the age of 60 years or those with health conditions be engaged in COVID-19 duty.

With the high risk of working on ground during a pandemic, the workers are agitating to ensure existing insurance schemes are implemented properly and a compensation of Rs. ten lakhs is paid to those who contract the virus while on duty.