CHANDIGARH: Support continues to pour in from every section of the society in Punjab for the agitating farmers who are camping on the borders of the national capital. People from all walks of life are coming forward to join shoulders with the farmers. Whether it is the lawyers, sportspersons, Aanganwadi workers or ASHA workers, everyone is voicing their support for the peasantry. A large number of people are moving individually and in hordes to be a part of the agitation while others are drawing plans on how to contribute to the movement in the days to come.

The advocates of the Punjab and Haryana High Court have held demonstrations in Chandigarh under the banner of Lawyers in Solidarity with Farmers (LSF). “We have decided to provide free legal aid to the persons booked during the ongoing protest with the intention to gag their voice. There are many who have been booked by the authorities, mainly in Haryana under instructions from the government there. Lawyers from both Punjab and Haryana have come out in support of the farmers,” said LSF member Buta Singh Bairagi.

The lawyers, including senior advocates, present at the dharna on Tuesday have called for a general house meeting of the Punjab and Haryana High Court Bar Association to chalk out a plan to help the peasantry of the country and show support to the farmers.

The bar associations in several towns and cities of Punjab held demonstrations on November 27 where they passed resolutions and submitted memorandums through the local authorities.

Bairagi said that a team of advocates from LSF also visited protest sites near Delhi to assess the needs of the protesters and have demanded that basic amenities like mobile toilets and bathrooms or transportation to the nearest washroom facility whether in Gurdwaras or elsewhere, be provided to the women protestors.

Eyewitnesses on the ground say that the villagers from Haryana near the protest sites have thrown open their homes to the protestors, particularly women, to provide them whatever comfort they can.

Meanwhile, some of the top sportspersons have come out saying that they will return their Arjuna, Padmashri and other awards along with the medals while joining the farmers laying siege to Delhi. They have expressed anger against the manner in which force was used against the protesting farmers. Addressing the media persons at Jalandhar, they reportedly said that they would move to the national capital on December 5 and place their awards outside the Rashtrapati Bhavan.

“We are the children of farmers and they have been holding peaceful agitation for the last several months. Not even a single incident of violence took place. But water cannons and teargas shells were used against them when they were going to Delhi. If turbans of our elders and brothers are tossed, then what will we do with our awards and honour? We are in support of our farmers. We do not want such awards and that is why we are returning the same,” hockey Olympian and Arjuna awardee Sajjan Singh Cheema said at the Jalandhar Press Club today.

The number of awards they plan to return could well be over 150 and this move is sure to embarrass the government. Sources say that a similar move is likely to be announced by eminent poets and writers from Punjab’s world of literature very soon.

A very large number of Punjabi singers including extremely popular ones like Diljit Dosanjh and Harbhajan Mann have already been expressing support for the agitating farmers on the social media. Both these singers have come out with a series of tweets and videos in support of the farmers expressing themselves in chaste Punjabi, much to the chagrin of the right wing trolls.

Speaking to The Citizen from Jagraon, activist Kanwaljit Khanna said, “People are just gathering in groups and leaving for Delhi. A large number of anganwadi and ASHA workers have joined the farmers and are contributing by cooking for the langar at various protest sites. The commission agents are holding emergency meetings to chalk out plans on how they can help the farmers. Around 300 of them have left Budhlada alone to join the farmers. The same is the case with the grain market labourers and transporters.”

He further added, “The enthusiasm among the youth is unprecedented. They are heading to Delhi on tractor trolleys and even bicycles. The members of labour unions from both urban and rural Punjab too are doing their bit in whatever way they can for supporting the farmers. In the last two days 91 tractor trolleys have left Jagraon only. You can gauge what the response is from entire Punjab.”

While the main battle has shifted to Delhi, supporting protests at more than 40 sites also continue across Punjab. These protests are being held at various places including toll tax plazas, outside plush shopping malls and petrol pumps along with other premises being run and managed by the corporate houses.

Women and even children in large numbers continue to attend these protests. Elders, mainly from the farming background, address these gatherings explaining why the new farm laws promulgated by the central government are not in the interest of the agrarian masses. The general perception is that the central government used the Covid-19 lockdown to first introduce controversial ordinances through the backdoor and then got the farm bills passed hurriedly in Parliament.

The speakers at these protest sites continue to question the need for bringing in the ordinances when there was no emergency and link the moves of the government to the imperialist tricks played by the British, particularly the policy of divide and rule. 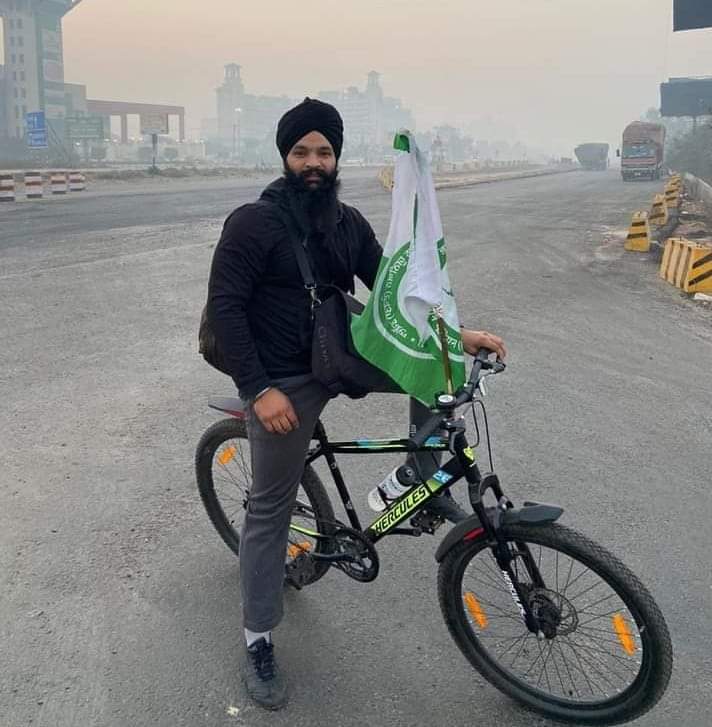