The vicious hail storm could have been expected to dampen the morale of the farmers at the Singhu border, but proved the contrary. Spirits at the border were high as the solidarity within reached new heights with Khalsa Aid sending teams with tarpaulins to assist those without adequate covering, and the langar organisers went from trolley to trolley to provide steaming hot food to the farmers huddled within.

The farmers said they are in good spirits, and will not go back “hail or storm” until the laws are repealed. As a group of young men in Haryana pointed out, “the worst is over, now the weather will only improve.” The bonhomie is visible, a sense of solidarity palpable. Everyone has good things to say about each other, but all are very appreciative of the services being provided largely by the Sikh farmers who have made the long haul possible.

While the conversation revolves around the resolve to stay put until the three farm laws are repealed, the farmers -- young and old, male and female-- make several common points:

1. This is a battle to the finish. As Jaspal Singh, a young farmer from Bhatinda says, “we will not go back without the laws repealed. If we do it will be the farmers who will be finished, and the corporates would have won the day. We will be finished as farmers.” This is a strongly voiced apprehension amongst the young farmers, who feel that their land will be compromised as will the produce under the new laws.

2. Ambani and Adani are trolley names here, with even the women naming the two industrialists in normal conversation. The names are clearly an euphemism for corporations who have been identified as the kisans ‘enemy’ and the laws as a ‘favour’ by the government for big business. Diljit Kaur, who says she is from a village near Chandigarh, is firm that her entire family will oppose these bills and these business corporations “till our last breath.” And as long as it takes while the younger women in her family sit around her, nodding assent.

3. That they are here because of the support in the Pind. Women and men both spoke of how the villages have worked out a system where the land of those at the protest venue is being looked after those who remain. And when they go back, and the others join the protests around Delhi, they do the same. This is particularly true of Punjab where announcements are made from the local gurdwaras calling out the names of the farmers whose land has to be looked after by others.

4. Anger against the media. Here everyone, from the young eight year old from a Ludhiana village, to the old farmers who had travelled together from Haryana, were united in lambasting the ‘godi’ army. A young Sikh who was amongst a group that had asked reporters from one of the identified ‘godi media’ channels to go back said, “we are tired of being called names, and abused as if we have no rights. And are some stupid men with no brains. Let them say what they want but we do not want them here.” The farmers are all well informed, they know details about the laws, they know why tney are opposing them, and they correct reporters or others every now and again as we speak. After the talks failed, the farmers knew it even before the announcements, and as they say, “we make sure we keep each other and ourselves informed.” Because of this they are not shunning the media per se, but only some channels even as they embrace all other media, insisting on the ever present cup of tea.

5. Anger against the government. The farmers are direct in their criticism of not just the government but the political establishment itself. They are clear that the agenda is to divide them and “that we will not allow.” Several Sikh farmers are as critical of the Congress party but as Jaswinder Singh takes care to point out, “we have nothing to do with political parties, they are all the same but right now our fight is with Modi and his government.” There is voiced distrust and suspicion. And visible anger against the attempts to discredit the farmers, “and divide us.”

6. Farmer organisations leaders are clear that there is complete unanimity amongst them. And as Ashok Dhawale of the All India Kisan Sabha says, “we are together also because that is how the kisans want it. They will politically lynch anyone of us who dares make a deal with the government, or break away from this larger solidarity.” Other farmers nod assent with the younger kisans exhibiting a sense of power. “It is not easy staying here but they will all have to listen to us,” one of them who has been at the site for the entire month and more, says.

The resolve and the positivity is impressive, and amazing. There is not one lament, not one complaint. Just strong words of solidarity as the farmers sit out the hail storm and wait for the sun to shine. 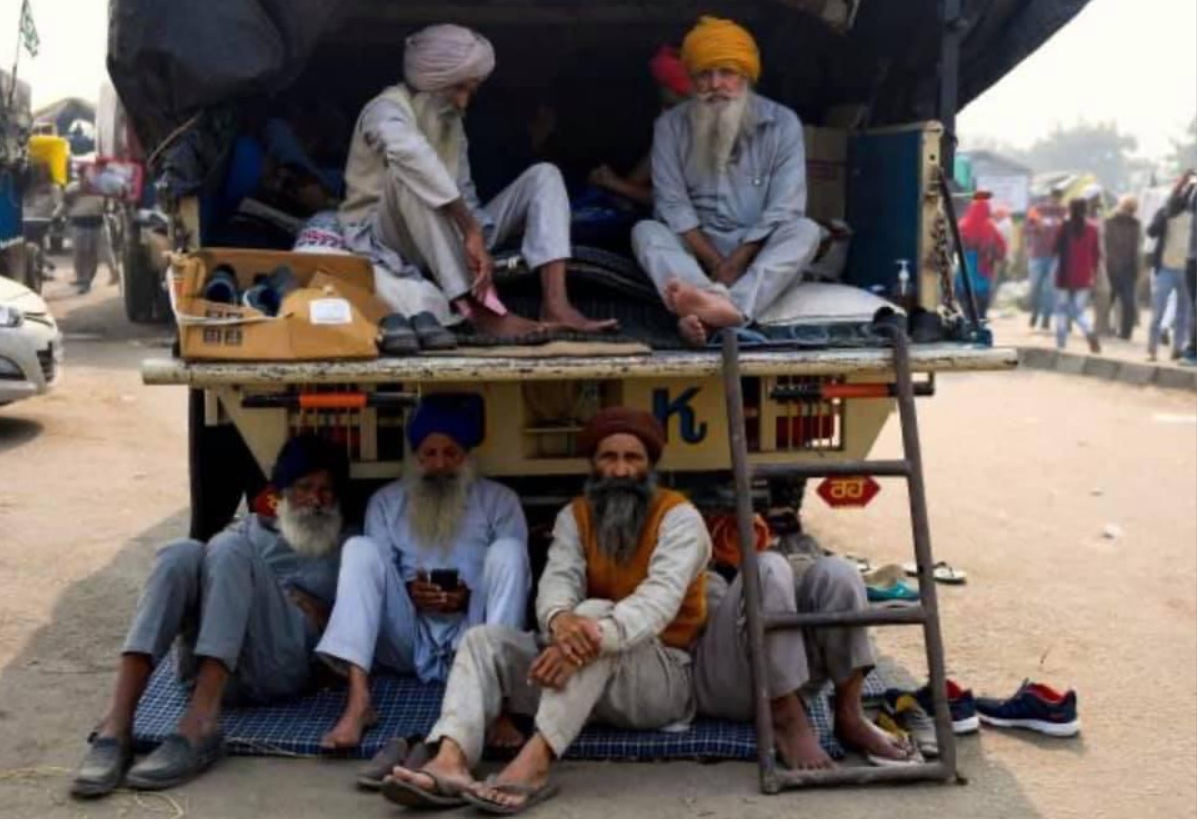 Kamalji - Goodbye My Friend! 11 hours ago

The Beijing Nail in Nepal’s Pride 12 hours ago

Will The Courts Hold Lakhs of Farmers in Contempt? 13 hours ago

Is Love Enough? Sir 13 hours ago

Past Cricketers Were Great Too 13 hours ago