All the attempts to vilify and brand the ongoing farmers’ movement as Khalistani and anti-national have failed because of a strong counter campaign.

Day after day the propaganda has sought to label the farmers as Khalistanis,to anti nationals, Naxalites, Maoists and those supported by Pakistan and China. But it has found few takers.

“People themselves are coming out to counter such narratives as they have seen through the campaign of the right wing and how the accusations have shifted. In addition to this we have been distributing booklets and pamphlets explaining what this whole agitation is all about and what the farmers are seeking. The government stands exposed for its attempts to malign the peaceful movement,” All India Kisan Sabha (AIKS) leader Vijoo Krishnan said in response to a query by The Citizen.

Activist Gurman Singh who is affiliated to the Punjab Students Union (Lalkar) said, “The people know what the farmer organizations participating in the movement stand for. The Khalistani bogey is being played up by the Godi Media and it is being effectively countered by the reportage in the independent alternate media. The right wing was heavily relying on Haryanvis to buy the Khalistani narrative. But the people of Haryana have not paid attention to this false agenda even for a single day. Instead things stand at a pass where the Bharatiya Janata Party (BJP) is not in a position to hold even a single rally in Haryana today.”

Meanwhile, Narayan Dutt of Inquilabi Kendra Punjab has an interesting take on the issue when he asks, “Have you heard any pro Khalistan or pro Pakistan or pro Maoist slogans from the stage of the farmers? The farmers are just focused on taking the struggle forward and getting the black farm laws repealed. The most important thing today is that there are 472 farmer groups from across the country in the bouquet of this movement. It has been ensured that every organization just talks about the common minimum programme of the farmers from the common stage.”

Vijoo Krishnan disclosed that the government narrative about the farmers’ protests being a Punjab centric phenomenon is also crumbling. “In Andhra Pradesh there have been tractor marches by thousands of tractors in places like Vijayawada and Tirupati. In West Bengal more than 20,000 villages have been covered by Jathas. There have been bus Jathas going around all the districts of Telangana. There have been massive protests in Madhya Pradesh, Bihar, Odisha and Maharashtra along with Tamil Nadu, Kerala and Karnataka.”

He further said, “Look at the borders around Delhi. At Shahjahanpur border there are people from Rajasthan, Haryana, Andhra Pradesh, Kerala, Maharashtra, Gujarat, Jammu and Kashmir and West Bengal. At Palwal border there are farmers from Odisha, Madhya Pradesh and Chhattisgarh. At Ghazipur there are farmers from Uttar Pradesh and Uttarakhand. The lies of the government have been exposed and the movement is going from strength to strength.”

AIKS leaders have criticized the government for spreading false information that there is no farmers’ movement in Karnataka and Kerala.

Meanwhile AIKS general secretary Hannan Mollah stated that the farmers’ agitation will be intensified in the days to come. He disclosed that there are plans to Gherao Governor Houses in several states between January 20 and 25. These states include West Bengal, Maharashtra, Andhra Pradesh, Telangana, Karnataka, Chhattisgarh, Tamil Nadu and several others.

“There will also be events organized on Mahila Kisan Divas on January 18. Women farmers have been always neglected. It was sad to hear the Supreme Court questioning why women were coming to protest sites. Women have equal rights in social and economic spheres and also when it comes to participation in the struggle. It is a sad commentary on those downgrading women participation in the movement,” Mollah said.

Responding to a query about the proposed tractor march on Republic Day, he said the farmers will organize their event only after the official events are over. He said the farmers have been agitating peacefully and will continue to do so till their demands pertaining to scrapping of black anti farmers’ acts and ensuring Minimum Support Price (MSP) besides others are met.

He announced that the farmers’ struggle will continue beyond January 26 and said the farmers’ leaders will be meeting on January 18 at Delhi’s Singhu border to plan the future course of action.

The kisan leaders said that the laws have not been repealed. It is only their implementation that has been put on hold by the court. They also pointed out that the committee proposed by the Supreme Court has in no way replaced the government and it is there only to facilitate talks with the farmers.And that that while the committee is proposed to facilitate talks on the three controversial farm laws even as the other issues pertaining to the MSP, amendments in the electricity bill and pollution caused by stubble burning will have to be addressed by the government only. 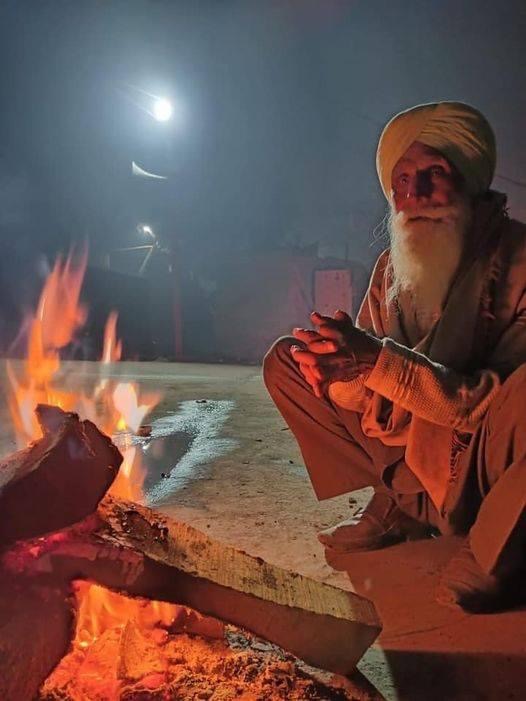