The green and yellow flag that has come to symbolize the people’s movement against the controversial farm laws is all set to dot the entire landscape in Punjab, Haryana and the national capital in the days to come.

“The message that needs to be spread is that it is high time the public comes to reclaim its Republic from anti people policies,” said a prominent activist.

“There are plans that these flags must dot the district headquarters, towns and crossroads, shops, high rise points of visibility and all other prominent spots. Our first lot of 20,000 flags has been disbursed and we expect the number of flags to run into several lakhs. We are going to start a video campaign on social media from Tuesday where there will be visuals of shopkeepers saying ’My shop stands adorned by the flag of the farmers’ movement. Is it the same with your shop as well?’ Or we will have videos of people saying ‘There is the flag of farmer, labour unity flying atop my house. Is it the same at your house?’ The impact of this mobilization will be visible by January 22,” Manik Goyal, an activist withTractor2twitter campaign told The Citizen. He along with others in the team have ensured that the farmers’ narrative is trending on the social media daily.

In Punjab, the mobilization for the Kisan Tractor Parade is already in top gear with Sarpanches and cadres of farmer unions spearheading the movement sending out messages that at least one tractor from every household should participate in the Tractor Parade, or a specified number of tractors go to Delhi from every village.

Sources said that the message is also being sent to leave early for the national capital with fuel tanks full. In fact farmers have been told to load their tractors with extra jerry cans filled with fuel so that there is no hindrance in mobility of the tractors. These tractors are also going to carry trolleys full of rations and tenting material so that there is no problem when it comes to camping.

Meanwhile, there are reports of farmers in different states announcing their decision to reach Delhi to participate in the Kisan Tractor Parade and make it an unprecedented success. These farmers are expected to arrive from Andhra Pradesh, Telangana, Odisha, Karnataka, Kerala, Tamil Nadu, Madhya Pradesh, Rajasthan, Chhattisgarh, West Bengal, Bihar, Uttar Pradesh and Uttarakhand besides others.

The arrival of farmers from different states to the different borders on the outskirts of Delhi has blown to smithereens the right wing propaganda that this is a Punjab centric agrarian movement. The arrival of a large number of women farmers to the protest sites to mark the Mahila Kisan Divas has further exposed the false narrative and made it clear that the women consider themselves an integral part of the movement.

Meanwhile, Samyukta Shetkari Kamgar Morcha (Maharashtra) (SSKM) has announced a major programme in the state. Samyukta Kisan Morcha (SKM) which has been leading the more than 50-day long historic struggle of lakhs of farmers near Delhi has given a nationwide call to intensify and broaden the struggle from January 23 to 26.

This follows the nationwide bonfires of the three farm laws and the Mahila Kisan Day.

The main demands of this struggle in Maharashtra are repeal of the three farm acts and four Labour codes, enacting a central law to guarantee a remunerative minimum support price (MSP) and procurement, withdrawal of the Electricity Amendment Bill; payment of regular pension from the centre to the farmers and agricultural workers besides the withdrawal of the ‘anti-people’ new education Policy (NEP).

Some demands are also related to the state government. These include implementation of Mahatma Phule loan waiver scheme and Forest Rights Act while vesting forest lands in the name of the tillers along with temple lands, pasture lands etc., repeal of the 2018 Land Acquisition Act enacted by the previous Bharatiya Janata Party (BJP) state government while restoring the earlier act of 2014.

The SSKM committee met former Union Agriculture minister and former chief minister Sharad Pawar, Chief Minister Uddhav Thackeray, state Revenue Minister Balasaheb Thorat and state Environment and Tourism Minister Aditya Thackeray on January 14 and requested them to support this struggle on behalf of the Maha Vikas Aghadi. All of them assured full support to the struggle and Sharad Pawar, Balasaheb Thorat and Aditya Thackeray agreed to take part in the March to the Raj Bhavan on January 25.

The five platforms that have come together to jointly lead the above struggle are the Maharashtra chapters of the All India Kisan Sangharsh Coordination Committee (AIKSCC), Trade Unions Joint Action Committee (TUJAC), Struggle Committee of Mass Movements (JASS), Nation for Farmers and Hum Bharat ke Log. 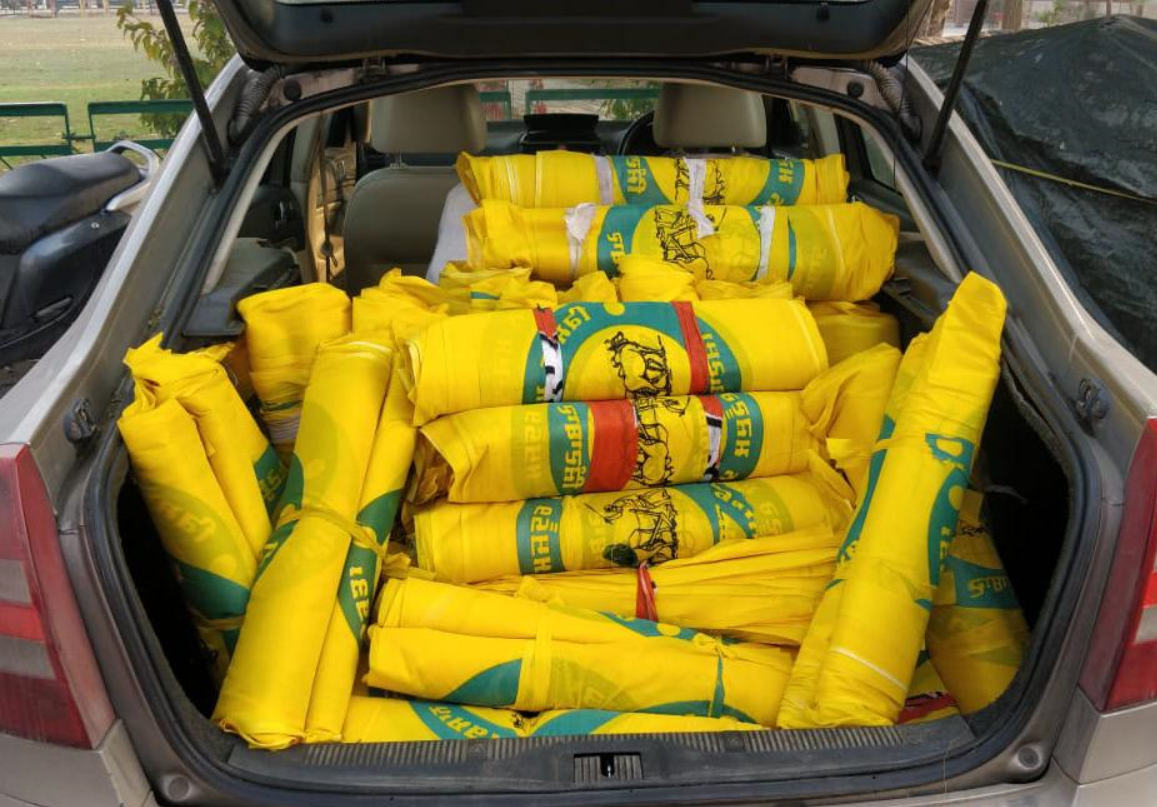