Feb 13 meeting to chalk out plan

Though miniscule till now, the participation from the hill state of Himachal Pradesh in the ongoing farmers’ movement against the controversial farm bills is all set to increase in the days to come. A movement against these laws was also expected in the hills of neighbouring Uttarakhand, but the glacial burst has thrown the state and its people into turmoil.

The tiny state of Himachal saw demonstrations at 22 places despite biting cold conditions on February 6 when there was a call for a ‘Chakka Jam’ across the country barring a few states.

Himachal Kisan Sabha (HKS) has convened a meeting on February 13 to chalk out a plan on intensifying the agitation both in the state and increasing the participation at the protest sites around the national capital.

“We are trying to bring in the smallest of farmer bodies in the state under the umbrella of a bigger organization on the lines of the Kisan Samyukta Morcha at the state level. Till now it is mainly the people from Una and Paonta Sahib who have been participating in the ongoing agitation on the borders of the national capital. But the participation from other parts is set to increase in the days to come if the movement continues at the national level,” senior HKS functionary Sanjay Chauhan said.

There have been two major reasons why the farmers agitation has not spread through the hills, despite Himachal neighbouring Punjab and Haryana.P

Panchayat, block development council and zilla parishad polls in the state has kept the people busy. Although polling was held and results declared in the third week of January, the zila parishads are still being formed. Rural leaders had been busy with these elections since October, and the farmers movement did not get the required focus.

Secondly, local leaders pointed out that Himachal Pradesh does not have rural organisations that work for the citizens rights in the same manner as in Punjab and Haryana. Organisations like the Singh Sabhas in Punjab or the Khaps and Panchayats that hold sway over the entire rural population in the state do not exist in HP.

There is a third reason as well. The play out of the farmers demands in Himachal is different. As Sanjay Chahan pointed out, “Although we do not produce wheat and paddy on the scale of Punjab and Haryana, we produce maize in substantial quantity. Although MSP is announced for maize every year there is no procurement.”

He said the farmers in Himachal have been seeking MSP for the cereals, fruits that are produced in the state as well as both seasonal and off season vegetables.

“The support price that is given for apples is nothing but a market intervention mechanism and that too for apples of processable grade.Here it is worth noting that the amendments made in the Himachal Pradesh Agricultural and Horticultural Produce Marketing (Development and Regulation) Act, 2005 did pave the way for private players to have a field day when the state was declared a market yard allowing sale and purchase of the produce anywhere and there was a move towards contract farming. But it did not take off since the producers had the traditional avenue of a mandi available. But now with the APMCs’ existence threatened, the farmers will have no choice but to sell to private corporate players, many of whom have already set up shops in the last few years,” Sanjay Chauhan added.

This reported had covered a farmers’ convention in Ghatti in Solan as far back as 2018 where it was pointed out that vegetable production was matched by the apple economy of the state that totalled more than Rs 4000 crores annually.

Interestingly, Himachal has scripted a major success story over the last several years in growing exotic vegetables and flowers. Those who have been involved in scripting this story have been underlining the need for separate mandis for these to guard farmer from private agents in Delhi.The state has been producing almost 17 lakh metric tonnes of vegetables and 40 per cent of this is off season vegetables.

“To protect the interests of the farmers, majority of whom have small tracts of land, the state needs many more regulated mandis and also processing units. For example we produce almost 7 lakh metric tonnes of maize for which the MSP announced is Rs 1850 per quintal while the producer is compelled to sell it at Rs 850. This same maize can be processed into more than 30 commodities. There is also a need for cold storage facilities at the mandis,” All India Kisan Sabha leader Dr Kuldeep Tanwar explained. 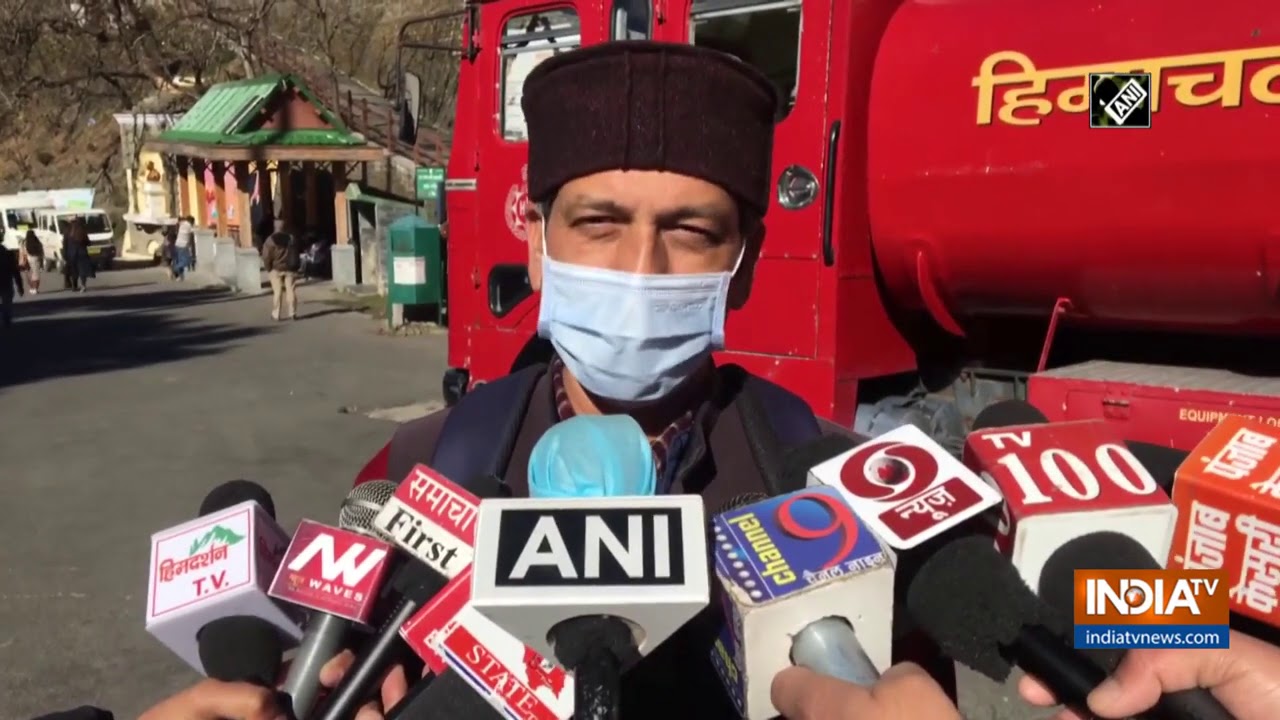