A substantial number of urban centres in Punjab are scheduled to go in for local civic body polls on February 14. And interestingly, it is the purely rural issue of farmers’ protests against the controversial farm laws that has been the driving narrative of these polls.

The Bharatiya Janata Party seen as a political force in the urban areas, has an uphill task to steady its influence in the urban civic polls as a precursor to contesting all the 117 seats in the Assembly elections next year, as it has been claiming.

Observers point out that while local urban polls hardly generate any interest outside the constituencies, the ongoing farmer agitation has given a new dimension this time.

Punjab appears to be united in support of the farmers this time around, and the civic polls according to politicians in the state, could reflect this. More so as no political party is certain of benefiting directly from the farmers stir, and are as interested as the common person in seeing the outcome of this on local polls, and who will reap the benefit.

Till date all political parties have been kept at arms length by the farmers with their movement being lead collectively by farmer organisations, with the support of civil society, artists, writers and others.

The BJP being the ruling party at the centre has drawn the brunt of the peoples ire so far. This is evident from gheraoes with party leaders being compelled to abandon public meetings. Individuals have put up notices outside their homes asking candidates not to enter asking for their votes. Campaigning has become difficult in itself.

“The BJP leaders are pretty demoralized. They have been compelled to organize poll meetings within the four walls of the houses of their political workers. It is a well known fact that a large number of the BJP aspirants have been compelled to contest as independents in these polls. There are hundreds of seats where the party has chosen not to field their candidates,” according to a political observer.

The pressure compelled the Shiromani Akali Dal (Badal), one of the oldest allies of the BJP both at the centre and in Punjab, to walk out of the National Democratic Alliance (NDA) alliance over the farm bills. This could put a break in the BJPs plans to expand its footprint in the state.

But many feel that all is not lost for the saffron party. It is being felt that polarization, even that resulting from the hostilities being heaped on the BJP leaders amid the ongoing farmers’ movement, will help the party in the long run. Observers further say that the party is eyeing the large Dalit voter base in Punjab, particularly in the Doaba region which has a substantial NRI population. Sources point towards reports about senior party leader Vijay Sampla’s name being cleared for the post of the chairman of National Commission for Scheduled Castes as a step in this direction.

Meanwhile, the political parties are using these polls to fire salvos against the opponents. These attacks are only going to get shriller as the assembly polls approach.

Chief Minister Captain Amarinder Singh while training his guns on the BJP has stated that Punjab would prove to be the party’s nemesis. He said, ““The Farm Laws will spell the death-knell for this repressive, despotic and autocratic party. For nearly seven years they have trampled over human rights, as well as the dignity and aspirations of Indians in every possible way, and now it is the people’s turn.”

Aam Aadmi Party (AAP) leadership has been trying to sell the Delhi model of governance to the people. Punjab co-incharge Raghav Chadha has been attacking both the SAD led by Badal family and the Congress for devastating the economy of Punjab.

Not getting much traction on the issue of farm laws, the SAD leadership has been trying to combine it with the issue of the deteriorating law and order problem in the state. In an address on his home turf of Jalalabad, party president Sukhbir Badal said, “We addressed every problem when we were in power and even our opponents lived in peace. It has been the era of registration of false cases since the government changed.” He has been attacking the Congress for promoting goondaism.

The BJP leadership too has been accusing the Congress leadership of unleashing goondaism in the state and failing to maintain law and order. 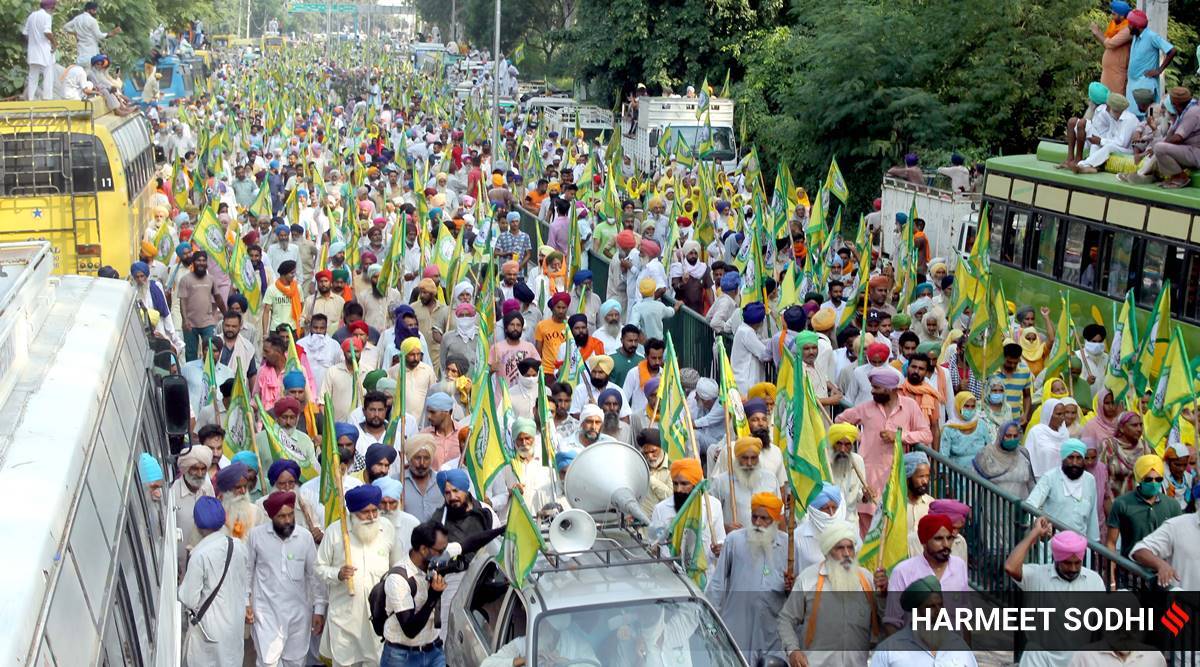