Pakistani Wives of Ex-Militants Protest: 'Send Us Back or Give us Citizenship Rights'

Srinagar: The Pakistani wives of former militants of Jammu and Kashmir on Tuesday staged a massive protest demonstration, demanding citizenship or travel documents.

Scores of wives along with their children assembled near Srinagar’s Maulana Azad road in Lal-chowk and were chanting slogans like “We want Justice”, “Humari mangey poori karo”, and “Hum kya chahte wapsi” in their favour.

The wives said that they have been protesting since 2014, but their demands are yet to be fulfilled, due to which they ‘suffer’ with each passing day.

They said that the career of their children is not secure, in view of delays in the citizenship/travel documentation process.

Bushra Farooq, a Pakistani woman, presently living in Kashmir’s Kupwara asked “for which sin, are Pakistani wives being punished by the government.”

She said that former Chief Minister of Jammu and Kashmir Omar Abdullah had called them here, under his rehabilitation policy, which became tough for the Pakistani wives of Kashmiri men, “as many of them got a divorce, while many became widows.” 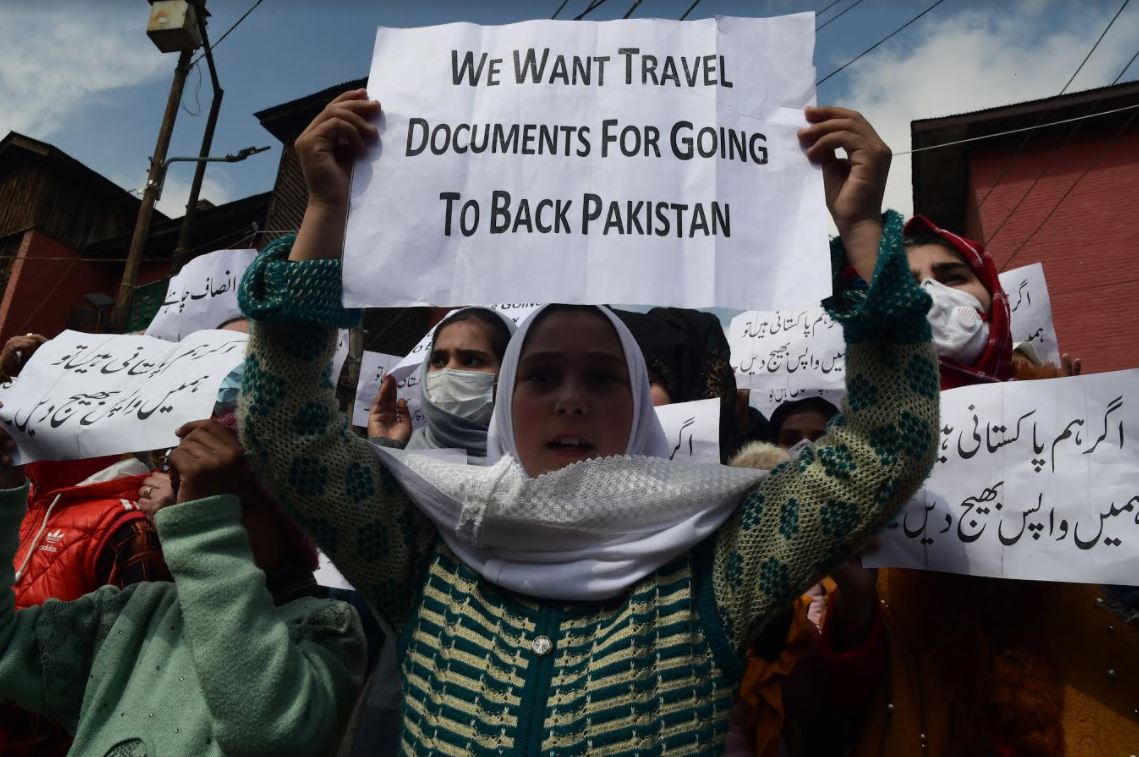 “Many of us got divorce, while many became widows. Has anyone looked at our situation, and our minor children. Is this rehabilitation?” Bushra said.

Another woman said that “how long shall we protest now, and what's our mistake.” She said, “we are caged here, and why is the government not responding to our pleas.”

The wives said that “If government had planned a rehabilitation for their own men who were there in Pakistan, and managed to get them back, why didn’t they ponder over the welfare of their families, by ensuring citizenship or travel documents.”

They further said that cases had been registered against several Pakistani women here, and these should all be withdrawn.

“Marrying Kashmiri men is our only crime”, they said and urged government to ensure deportation of those who want to go back to their country.

“We are suffering here in the absence of our basic rights. Marrying Kashmiri men is our only crime. Government should ensure deportation process for all those Pakistani women, who want to travel back,” they said.

Some top officials reached the spot to pacify the protesters.

Reports said that there are around 400 Pakistani women who came to Kashmir with their husbands, under the rehabilitation policy announced during the former CM Omar Abdullah's tenure in 2010. 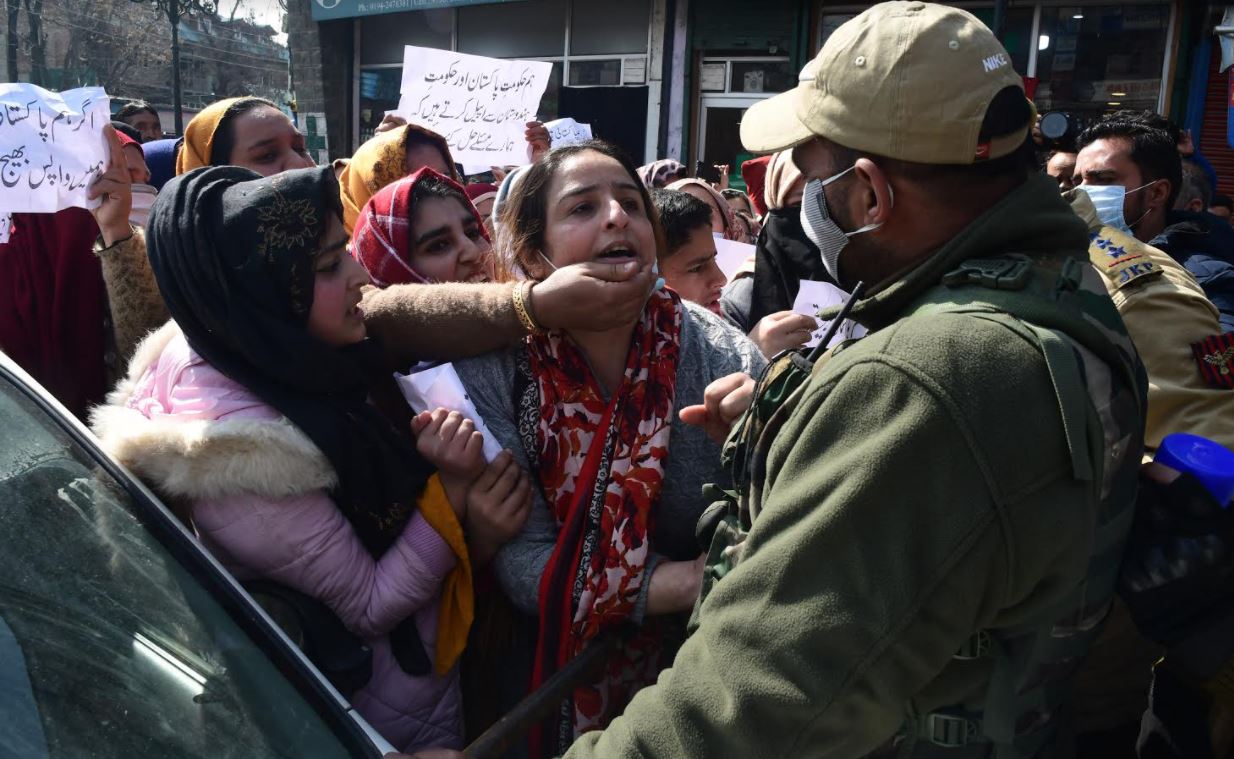