Marking 100 Days of the Farmers’ Agitation

Expressway blockade, black flags and bands will mark the 100th day of the farmer’s struggle on March 6, as per the programme released by the Samyukt Kisan Morcha.

A 5-hour blockade of the KMP Expressway, which connects various protest sites outside Delhi, has been announced. Farmer leaders have also urged supporters across India to hoist black flags on houses and offices and wear black bands on March 6, in protest of the government.

A senior leader of the Morcha, Darshan Pal, further announced that toll plazas will be freed on the day.

Samyukta Kisan Morcha will also be launching ‘MSP Dilao Abhiyan’, a countrywide campaign to highlight the reality of prices for farmers’ produce in different markets and the “shallowness” of the government’s MSP promises. Beginning from southern states of Karnataka, Andhra Pradesh and Telangana, the campaign will then be scaled up to northern states as well. Farmers across the country have been invited to join in support of the Abhiyan.

The farmers will further mark March 8, which is globally celebrated as International Women’s Day, as Mahila Kisan Diwas. Women’s organisations have been invited to highlight the contributions of women farmers. According to the farmer leaders, all Morcha protest sites will witness a greater participation by women, who will be managing the stage and also be the primary speakers for the day.

The Morcha has also extended its solidarity to Central Trade Unions who will be marking March 15 as “anti-privatisation day”. The leaders announced that representatives of the Morcha will be visiting poll-bound states such as West Bengal and Kerala, urging the public to vote against the BJP. “We will not seek votes for any party. We will appeal to the people to vote for those candidates who can defeat the BJP,” The New Indian Express quoted Balbir Singh Rajewal, leader of Bharatiya Kisan Union (Rajewal).

Meanwhile, the Morcha also expressed concern regarding the reported accounts of custodial torture recounted by Nodeep Kaur, a trade union activist, who was released on bail after one and a half months behind bars. Kaur was arrested on January 12 while participating in a protest in Kundli, Haryana.

Hailing her courage, the Morcha highlighted how Kaur returned to Singhu border to support the farmer’s agitation after being released, stating that she would share her experience of being in custody and make an appeal to intensify the struggle.

The Morcha also pointed out how Dalit activist Shiv Kumar of Mazdoor Adhikar Sangathan, arrested on January 16, continues to languish behind bars till date. The Indian Express reported how a medical examination of Kumar submitted to the Punjab and Haryana High Court revealed multiple injuries, “more than two weeks old”, including at least two fractures, broken nail beds of two toes, blackish discolouration on left big toe among others.

The report by the Government Medical College and Hospital, Chandigarh, stated that Kumar, who has partial visual impairment, had reported custodial violence, alleging that the police tied both his feet and hit him on the soles. The Indian Express quoted the medical report: “His second, third and fifth toe nails of the right foot were torn and the nail of the big toe of his left foot became blue. They also hit him on the buttocks with flat sticks, then they tied his hands and stretched his legs. He was made to lie on the ground with both legs straight and a metal pipe was placed on his thigh and rolled over the thighs by two people. They also hit him on both hands and palms and on the back of his head.”

As per Kumar’s allegations, he was not allowed to sleep for three days. “The C.I staff took his statement and asked him to give names, and, when he could not do so, they tied him to a chair and poured water on his head,” the report added.

According to sections of the media the Haryana Police denied the allegations. With Kumar’s family alleging custodial violence as well, the Station House Officer of Kundli Police station stated, “There has been no custodial violence or torture on him at Kundli station. The family can say what they want, but it all comes down to evidence and evidence is already with the high court.” 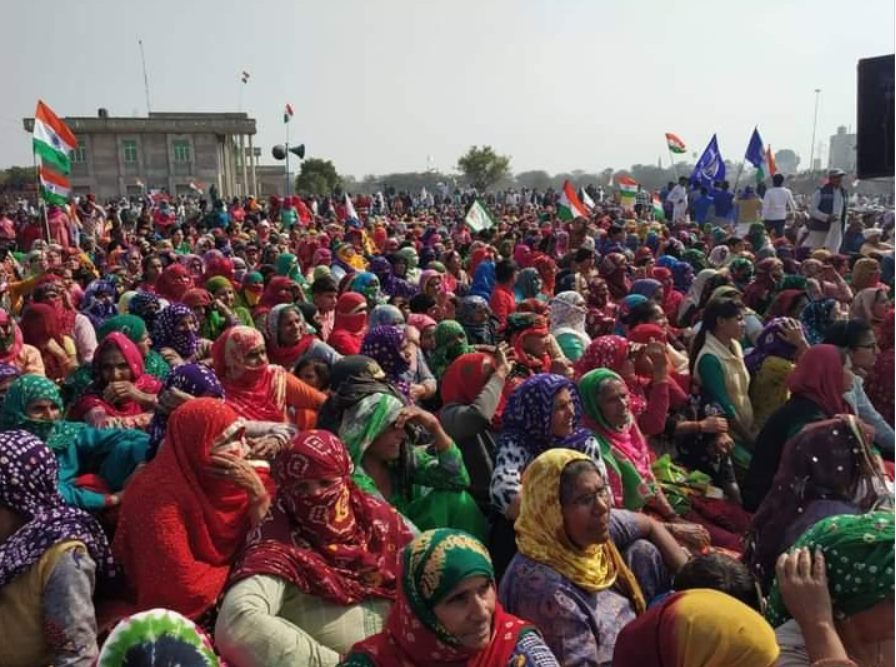