Thiruvananthapuram: In the midst of hectic electioneering in Kerala is sitting MLA P.C. George who is contesting his seventh consecutive Assembly elections from Kerala's Christian belt Kottayam-Ernakulam-Pathanamthitta.

George is now confident of winning the seat this year again with the tacit support of both the BJP and the region's all-powerful Catholic Church. Poonjar is a Christian majority constituency while Erattupetta remains a strong Muslim pocket within it.

"I will not campaign in Erattupetta anymore. In the initial phase of my campaigning this time, I went there on a roadshow, but a section of people attempted to trigger communal tension by creating violence. I am only expecting votes of peace-loving and secular segments of voters in Erattupetta," George said when contacted.

"I do not fear anyone. But a section of people there denied my right to seek votes. They are even threatening my followers. So I will not campaign there anymore,"he added. George is a prominent Catholic leader and long time strong man of Kerala Congress.

On March 23, a large group in Erattupetta heckled George when he arrived in the municipal town to campaign. The group wanted a clarification from him about his reportedly anti-Muslim statements, resting on the love jihad controversy. And questioned his continuing closeness to the BJP-RSS.

"I would blame only your parents. The heckling exposes how your families have molded you. They failed to teach you some manners. Youngsters would only be good if their families are good. I will pray to Allah for that. I am not saying anything further," George told the hecklers, with his response having become viral on social media.

According to political observers, George symptomises the growing closeness between Kerala’s Christians and the BJP. The Catholic Church has found common cause with the BJP on the love jihad issue, with Islamophobia becoming a bond of sorts.

"By saying he would not campaign in Erattupetta, George has ensured the consolidation of both Christian and upper-caste Hindu votes in his constituency. On its part, BJP has not fielded its candidate in Poonjar and allotted it to Bharat Dharma Jana Sena, a weak local alliance partner. Unlike in the previous elections, BJP is expecting a huge Christian turn out in its favor, and it hopes Catholic leaders like George can contribute more," Nissam Syed said. He is on the faculty of the Mahatma Gandhi University in Kottayam.

In Thiruvananthapuram, Kerala's former accountant general James Joseph remains close to the BJP since the days of Atal Bihar Vajpayee. His late father in law Baby John was a state minister and national leader of left-leaning Revolutionary Socialist Party (RSP) , and his brother in law Shibu Baby John is a sitting MLA of the UDF.

"A devout Christian, I found BJP a natural political alternative when Kerala's LDF and UDF failed to address my concerns. UDF was always a symbol of corruption and LDF is known for political violence. I was attracted to BJP and became a member when veteran BJP leader O.Rajagopal introduced me to Vajpayee. Though I don't have any differences politically with Modi and Shah, I seriously doubt the BJP is hand in glove with CPI(M) in Kerala to win at least a few assembly seats. I also do not think this is the reason, as people like to say, that the central investigating agencies are soft-pedaling the corruption charges against the Pinarayi Vijayan Ministry," James Joseph said. He will vote for BJP this time too.

"I felt pained when RSS ideologue R Balashankar revealed details of the Many Christians in Kerala like me who feel BJP is the lesser evil when compared to the CPI(M) and Congress. Across Kerala, the BJP is growing, and the party is winning Christian followers mainly because of the appeasement policy of LDF and UDF, which has benefited only the Muslims," he claimed.

In Kottayam, Kerala's former additional law secretary Jacob Joseph said he started working for the BJP and the over 2500 Dalit Christian families here three weeks ago. This, he said, was after the BJP state leadership promised them reservation and many other benefits, including representation in many boards and corporations under the central government.

"The Congress and CPI(M) have always supported Muslims and chose to ignore our concerns related to Love Jihad. We are also concerned that Muslims are getting over-representation in government service. Muslims are also getting undue educational concessions," he alleged.

On its part, BJP has been wooing the Christian community, not just the Catholic church but also the oriental Jacobite and Orthodox churches, for the last four years. Only two weeks ago, BJP state president K Surendran and Karnataka Deputy Chief Minister C N Ashwath Narayanan met the Kerala Catholics Bishop Council (KCBC) president Mar George Cardinal Alencherry at the KCBC headquarters in Kochi and assured him about protecting the interest of Catholics in the state.

Surendran, who is contesting from both Manjeshwar in Kasargod district and Konni in Pathanamthitta district, has also toured the coastal belts of Kerala many times and reached out to the Latin Catholic community, which remains unhappy with the LDF government's recent controversial MoU that permitted foreign trawlers to do deep-sea fishing along the Kerala coast.

Though the government had canceled the memorandum of understanding following large-scale protests, both the BJP and the UDF are using the issue as a political weapon to expose the double standards of the LDF.

When contacted, Malankara Syrian Catholic Church's Archbishop Cardinal Baselious Mar Cleemus denied any kind of behind the scene political adjustments between the Catholic Church and BJP-RSS. He has also denied the charge that a sizable section of Christians in Kerala subscribe to Islamophobia.

However, he confirmed that he and Syro Malabar Church's Archbishop Cardinal George Alanchery and Roman Catholic Archdiocese of Mumbai's Cardinal Archbishop Oswald Gracias had met Prime Minister Narendra Modi in New Delhi on January 19 and discussed many contentious issues related to the church. Though the bishop refused to disclose details of the contentious issues, sources within the church said Love Jihad was a key subject of discussion at the meeting.

The church heads had also apprised Modi of the alleged discrepancies in distributing scholarships for minority students. Christian students are getting only 20% of the minority scholarship amount while Muslims are garnering the rest, they told the prime minister. The bishops demanded that the Christian students get at least 41% of the allocation based on their proportion.

As far as the two influential oriental churches in Kerala are concerned, Modi had intervened in the recent days to mediate in a century-old dispute between them. Though the talks failed to make any headway, both sides are still maintaining that they have faith in the PM, who, according to them, would find a permanent solution to the vexed issue, which mainly involves property disputes. While the Malankara Orthodox Syrian Church is still restrained, rival Jacobite Syrian Christian Church has extended open political support to the BJP.

"Kerala has a sizable section of upper caste Christians who claim their forefathers were Nairs and Namboodiris converted directly by Christ's disciple St Thomas on his arrival in AD 52. They have always been supportive of the savarna politics of the RSS and the BJP," he said.

Though extensive attempts are still on to bring Christian voters to the BJP side in Kerala, the attack on the nuns and two postulants of the Syro-Malabar segment of the Catholic Church in Uttar Pradesh, has proved counterproductive. Hailing from Kerala, the four were forced to de-board from a train at Uttar Pradesh's Jhansi railway station, and they were detained briefly for questioning. Many church leaders alleged that the nuns were attacked, but Union Railway Minister Piyush Goyal denied any mistreatment.

The LDF and UDF are concerned about the visible bonhomie between the Christian denominations and the BJP.

Among the 3.34 crore people of Kerala, Christians constitute 18.38 percent. Catholics constitute the majority of the Christian population in the state. The Jacobite and Orthodox sects are small but influential.

It was only last year, Kerala's powerful Christian Party Kerala Congress (Mani Group) ended its decades-long association with UDF and joined LDF, alleging a step-motherly attitude. Before joining LDF, the party had held many rounds of discussions with BJP-RSS to become part of the NDA. Incidentally, the party's chief Jose K Mani shares the BJP viewpoint on Love Jihad even while joining the LDF.

"I think the strong presence of IUML in the UDF is the major reason for the Christians turning in favor of BJP-RSS. Islamophobia is growing among upper-class Christians, like in the case of upper-caste Hindus in Kerala. The Christian leadership has a suspicion about Pinarayi Vijayan too. They treat him more as a pro-Muslim leader. There are not many hurdles that separate Syrian Christians from BJP. A couple of wise and tactical moves by BJP may bring them to their fold," Thiruvananthapuram-based political journalist B Sreejan said.

"There are many Christian industrialists and entrepreneurs in Kerala, and their economic interests are a contributing factor. They believe that BJP is good for their economy and growth, and so they are influencing the church leadership," he added. 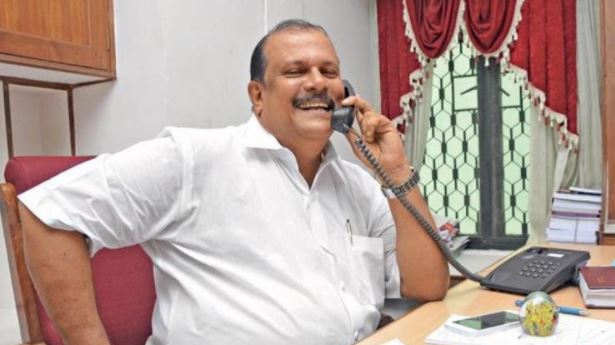