PULWAMA: In the wake of a spike in covid-19 cases for the past few weeks in Jammu Kashmir, the authorities have imposed a weekend curfew in the erstwhile state. All entry and exit points in the union territory will remain sealed, while security forces and administrative officers are deployed to restrain public movement. People associated with essential services are exempt.

The curfew began at 7 PM Thursday in the districts of Srinagar, Jammu, Anantnag, Baramulla, Pulwama, Budgam, Kulgam, Kathua, Reasi, Udhampur and Ganderbal.The remaining nine districts of Samba, Rajouri, Poonch, Doda, Kishtwar, Ramban, Shopian, Kupwara and Bandipora are to "go under Corona-Curfew" from 7 PM Friday. The curfew is to be lifted at 7 AM Monday.

On Thursday J&K recorded 3,474 cases in a single day with 1,024 cases reported from Srinagar and 2,450 from the Jammu division.

Active cases in the union territory late on Thursday were reported at 26,144 with a total of 2,253 people on record as having died of the disease.

The administration held meetings in various places of Kashmir on Thursday and sought the cooperation of people in "breaking the chain" over the next three days.

Srinagar deputy commissioner Aijaz Asad appealed the general people to stay indoors. "Deluge of calls/messages & deputations at office for Curfew passes even before a #Lockdown comes into force from 7:00 pm today. I appeal everyone again to pl stay indoors. Ensuring Essential services is my duty. Leave that to me. Let’s #BreakTheChain #StriveForSafeSrinagar," he tweeted on Thursday, a few hours before curfew was started.

Ahead of the curfew, inspector-general of police Vijay Kumar directed all police personnel to facilitate the hassle-free movement of doctors, health workers, journalists and other essential service workers.

In Pulwama, deputy commissioner Baseer ul Haq Choudhary on Thursday convened a meeting of religious leaders, imams and khateebs to ask them to appeal to people to stay home. Addressing the meeting, the DC said "religious leaders have a key role in the battle against Covid-19." He said it was imperative for religious leaders to come forward and counsel people, and urged upon them to proactively sensitize the people to adhere to Covid-19 standard operating procedures.

Earlier, all educational institutions in Jammu and Kashmir were closed as a precautionary measure, while nearly all examinations stand postponed till further orders.

Talking to The Citizen, Srinagar based author Bisma Ayoub said that "it's so unfortunate that our lenient steps and precautions towards COVID19 have left us in the middle of nothing. We can clearly see the dreadful effects of this dreadful disease."

"The steps now taken by the administration, keeping in view the current situation can might be positive. But where we are lacking is how we are going to tackle the situation of those families who earn on daily basis and feed their family," she said.

Ayoub further said that "there are such families who die of poverty, not because of covid 19."

"We should have controlled it in a better way at least, if the steps and precautions were taken at the right time. Lockdown may seem to be a easy thing, but has more harsh and bad effects on the poor families, middle-class families, local businessmen, transporters, labourers and so on," she added.

She thinks that "steps to control the spread of Covid-19 should be taken at the individual level, which can keep everyone safe along with their family."

Similarly, Farooq Trali, a social activist told The Citizen, "We appreciate the government decision for a corona curfew, as it will help us to contain and curb the pandemic. On the other hand, we appeal to the government to put on hold all the block Diwas and Gram Sabah meetings for two months at least."

Earlier, J&K Lieutenant Governor Manoj Sinha tweeted that he had held a meeting with office-bearers and volunteers of the Indian Red Cross Society, J&K and asked them to help the administration reach out to people in far off areas.

In response to a reply to his tweet, Sinha further said that "the people of J&K need not panic. We are equipped to deal with the emerging situation. One crore twenty lakh doses are ordered for the vaccination of 18 to 45 age-group."

"Many Oxygen generation plants have become operational and remaining will also start functioning soon. The availability of oxygen is more than double the requirement," he said. 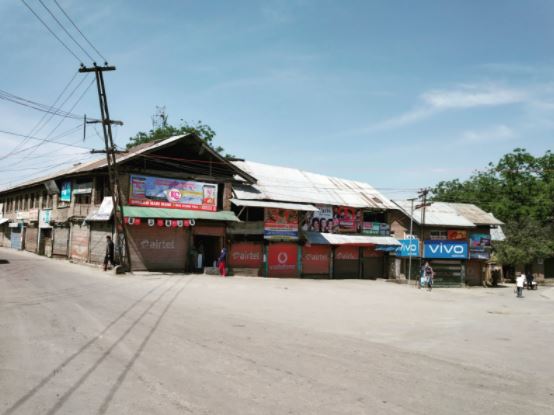 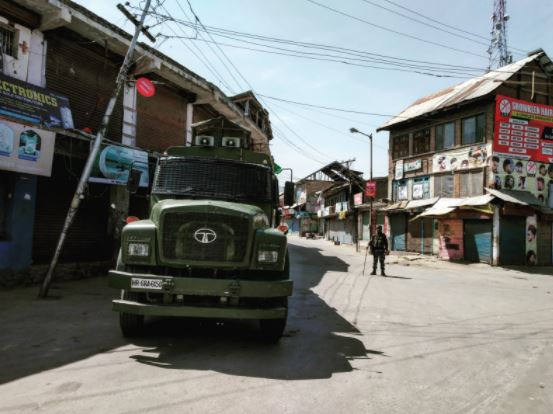 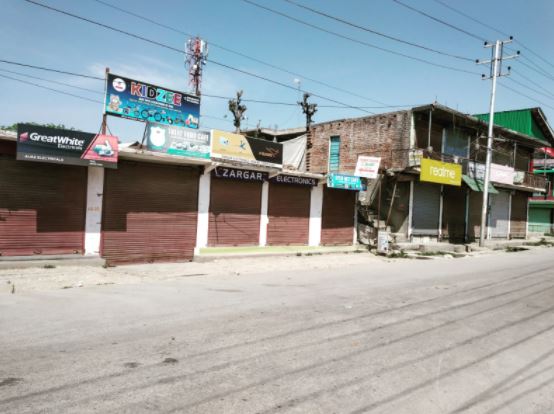 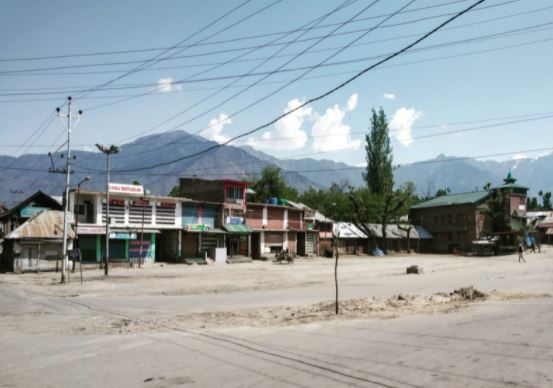 Photos from SRINAGAR by BASIT ZARGAR