Hopping mad at the jumping leader

As the Left Democratic Front led by Pinarayi Vijayan returns to power with a thumping majority, critical voices are gaining momentum inside the Indian Union Muslim League, second largest constituent of the opposition United Democratic Front.

IUML workers are taking en masse to social media to confront the leadership, especially national general secretary P.K Kunhalikkutty. Party leaders too, such as former education minister P.K Abdurrab in a long Facebook post, have criticised the poll strategies it devised in the runup to the election.

The Congress debacle came as little surprise to most, given how the grand, old party was already in bad shape, but the IUML’s poor performance is sending shockwaves through the political spectrum. Though it has come to be known for the highest “electoral strike rate”, the party lost three of its sitting constituencies and failed to make gains in three newly allocated seats.

The victory of senior leader M.K Muneer, who managed to wrest Koduvally from LDF-backed independent Karat Rasak, was the the only face saver.

The IUML’s below average poll performance needs to be seen in the context of 2016 when it won 18 of the 24 seats it contested. Despite contesting three additional seats this time round the party saw its tally drop to just 15. Eleven of these wins came from its Malappuram stronghold, where too it faced tough battles in Manjeri and Tirurangadi.

The face of its youth wing P.K Firoz suffered a huge defeat in Tanur, while another youth leader Najeeb Kanthapuram saved himself from losing Perinthalmanna by a whisker. Sitting MLAs were defeated in Kalamassery, Kozhikode South and Azhikode, while it failed to wrest Thiruvambadi, Kunnamangalam or Guruvayoor despite winning prospects.

Nor could the IUML register a win in any of the three seats it secured after the Kerala Congress led by Jose Mani switched sides to join the Left Front. The party lost big time in Perambra, Koothuparamba, and Punalur.

In many of the seats it won, the margins fell much below expected lines. Here’s a look into the factors that may have led to the IUML’s middling performance, and the truth behind allegations that its electoral strategies were flawed. 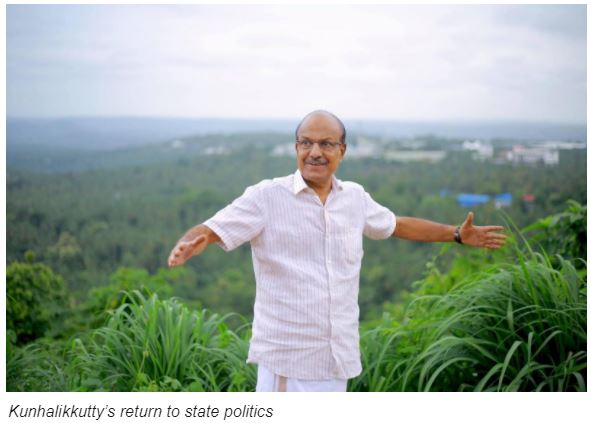 In 2017 Kunhalikkutty resigned from the Vengara assembly seat to contest the Malappuram Lok Sabha bypoll after the death of former union minister E Ahamed. In February when Kunhalikkutty again resigned to contest the assembly election from Vengara it triggered resentment among party cadre and leadership alike.

Now social media users belonging to the party have started spamming the National General Secretary’s social media profiles with angry reactions. They say it was because of his “greed for power” that he returned to the state, and that he was “eyeing a cabinet berth once UDF comes to power”.

Resentment was growing that Kunhalikutty was taking unilateral decisions and sidelining other partly colleagues whom he saw as a threat to his enjoyed proximity to the Panakkad Sayyid family, which no other party leader can boast.

It was alleged that his excessive control over the party’s daily functioning gave him the chance to control dissident voices like firebrand young leader K.M Shaji’s. It was Kunhalikkuty’s call not to allow the sitting MLA from Azhikode a different, safer seat despite his repeated requests, workers allege.

As expected Shaji lost Azhikode to the CPM’s K.V Sumesh, by 6,141 votes.

Each time Kerala witnesses a change of government, the IUML’s dominance over Malappuram remains unshaken. But that no longer seems to be the case. Although the party retained 11 constituencies here it has apparently witnessed an erosion of support in its traditional base.

Meanwhile SFI leader V.P Sanu, who fought the byelection on an LDF ticket, improved his position by bagging one lakh more votes than in 2019.

Invoking issues like the CAA and NRC, the IUML was pinning its hopes on gaining more votes in the only Muslim majority district in Kerala but it didn’t happen. Party workers allege this was because of voters’ anger towards the “jumping leader”.


Advocate Noorbina Rasheed, the party’s candidate from Kozhikode South, was its first woman candidate since 1996. Rasheed lost to the LDF’s Ahammad Devarkovil by 12,459 votes.

Workers say that if the party was sincere about having a woman legislator it should have fielded her from a seat they had a better chance of winning. Kozhikode South was considered a losing bet for the IUML, which is why its sitting MLA M.K Muneer was moved to a safer seat in Koduvally.

Now after an embarrassing result, party workers and leaders alike say the IUML must get its house in order before more damage is done. They say the leadership must take workers’ thoughts and emotions into account and give the younger faces a bigger role.

Party workers are also questioning the logic of giving a third chance to P.V Abdul Wahab in the Rajya Sabha, as he has been criticised for his poor performance as a parliamentarian.

It’s hardly surprising that many IUML workers see a saviour in Pinarayi Vijayan when it comes to issues like the NRC and CAA that target Muslims across the country. Because the party’s parliamentarians haven’t delivered enough.

Asheem PK is a Kerala based journalist 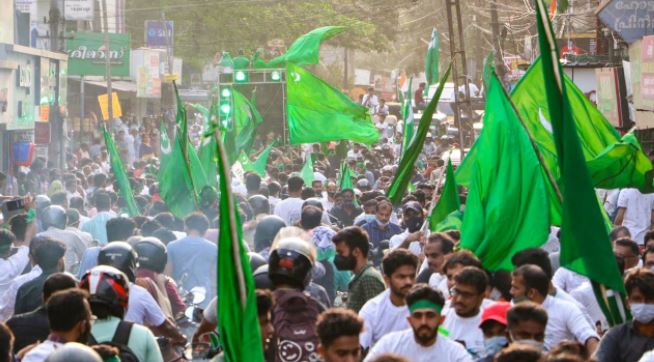