A petition signed by nearly 4000 academics, journalists, former civil servants, artists, students, lawyers and concerned citizens has called upon the central government to clarify reports that the National Archives will be demolished as part of the Central Vista project.

Pointing to the contrary reports on the issue, the petition has expressed concern about the “grave risk” to India’s history and heritage as well as the nations collective memory if the reports of the proposed demolition are indeed true.

The petition notes, “A scenario where the central archive of a democratic nation was moved in such uncertain terms and for such an uncertain duration during peacetime is unheard of.

The full text is as below:

We, the undersigned, call on the Government of India to provide clarity on the proposed demolition of part of the National Archives as part of the Central Vista Project.

On January 15, 2021 the Director of the Ahmedabad-based firm HCP who is the principal designer of the Central Vista project confirmed that while the original National Archives building would remain intact, the annexe portions would be removed.

On February 10, 2021 the Union Minister of State for Housing and Urban Affairs (Independent Charge) Hardeep Singh Puri, told the Rajya Sabha that the heritage building of the National Archives would be retained as part of the Central Vista project.

More recent media reports in April 2021 note that the main National Archives building will be refurbished but at a later stage.

Given the lack of clarity within public discourse on this issue we would like to draw attention to the fact that the historical, archival materials of the National Archives are kept substantially in the annexe buildings - and these buildings are slated for demolition soon. This raises several questions that are of urgent concern to researchers in India and globally, as well as the general public.

Several centuries of India’s history lie in the documents that make up the National Archives of India. The archival records include 4.5 million files, 25,000 rare manuscripts, more than 100,000 maps, treaties, 280,000 premodern documents and several thousand private papers. These documents are naturally brittle and require delicate, expert handling. The loss or damage of a single object or archival record would be an irrevocable loss.

These historical documents, maps and objects are not only central to the modern Indian nation but germane to broader academic research on the South Asian subcontinent and the reconstruction of global histories of migration, political, economic and cultural exchange.

In arbitrarily deciding to demolish the buildings in which they are housed and which form the primary site for scholars to access these records, the Government of India is failing in its responsibility not only to its citizens but also to a universal, global heritage.

Specifically, the opaque manner in which the demolition of the National Archives property is being conducted is extremely concerning. A large-scale renovation of the national archive holding area for documents, reading rooms and facilities for research scholars was undertaken over several years and completed as recently as 2018. If indeed the removal of archival materials is unavoidable - which we disagree with - then certain procedures urgently need to be instituted to build public confidence.

For example, there have been no public consultations on how to manage this delicate process. Ideally, there should have been a National Commission on Public Records instituted that consisted of eminent scholars, archivists, preservationists, members of civil society, in addition to civil servants. This commission should have overseen the process and reported to a dedicated parliamentary committee and the media regularly.

Questions which require immediate answers include:

-Where will the temporary archive be housed?

-How can accredited scholars and the general public continue to access the records in the temporary holding?

-Will there be no access to these records until the records have been relocated to an unspecified future repository of the archival materials?

-Who is managing this process and who will be accountable for any loss of documents?

These are urgent questions that remain unanswered given the lack of any transparent communication regarding this shut down of research at India’s National Archives even as the demolition of the annexe buildings have been cleared.

A scenario where the central archive of a democratic nation was moved in such uncertain terms and for such an uncertain duration during peacetime is unheard of.

Given that state capacity is stretched due to the ongoing pandemic, the best option would be to abandon the demolition of the National Archives at this stage. Should the government not be inclined to do so, then we urge for transparency in the process, and a clear, professional approach to ensure safety of materials and unhindered access to these invaluable records.

This petition has been signed by nearly 4000 persons including academics, journalists, researchers, archivists, visual artists, students, lawyers, bureaucrats, concerned citizens. Institutions from all corners of India, and the globe. Signatures are on going. Some names of the signatories are below: 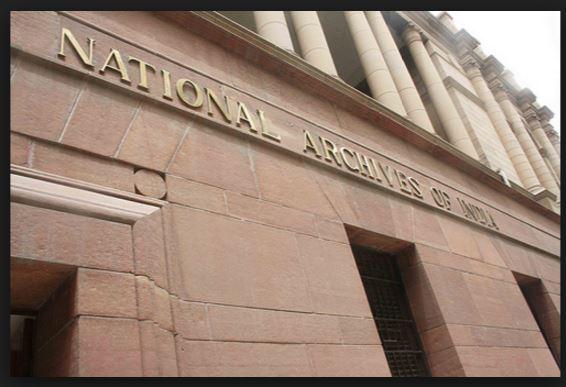