People also clean the river during the annual festival

Kashmir is home to a number of freshwater bodies and springs. One such spring, the largest in the south, is Panzath Nag in Qazigund, Anantnag. It is located in the Naagbal area of the village, which has become a reference for the spring by local residents.

The spring also gives the village its name, thought to derive from the Parsi word p?n?ad, or five hundred, which is the number of springs that were believed to exist here. Panzath Nag is said to be the source for as many smaller springs. Since there is no formal count of the actual number, it is believed that most of them have now dried up due to pollution and land encroachments.

The spring is special for the people of Panzath, who take a day off each year to participate in a cleaning and fishing festival that has been going on for ages. Those who can’t, watch the activity from the spring banks to become part of the festival.

The villagers observed their annual mini-festival last week. They go for open fishing in the spring for one full day every year, and hundreds come here to catch the prey. Angling rods are no option: people bring a wicker basket, wear a bag to collect the fish, and wade through the water which turns muddy with so many people moving around.

People filter the water through these wicker baskets to catch fish, hindered by the algae and weed. The festivity is such that the atmosphere is filled with shouts of laughter, and encouragement. Spectators join the gala from the spring banks, whistling, hooting and calling their friends in the spring. They wait for them for hours together to get their promised share.

The practice has been going on for ages now. Even the eldest among the locals have no idea about how or when it started.

This annual festival, besides giving locals a reason to celebrate, also helps de-weed the spring to maintain the flow of water for the rest of the year. The spring feeds a number of brooks providing water to some 35 villages nearby. It also doubles as a trout fish hatchery managed by the Department of Fisheries. 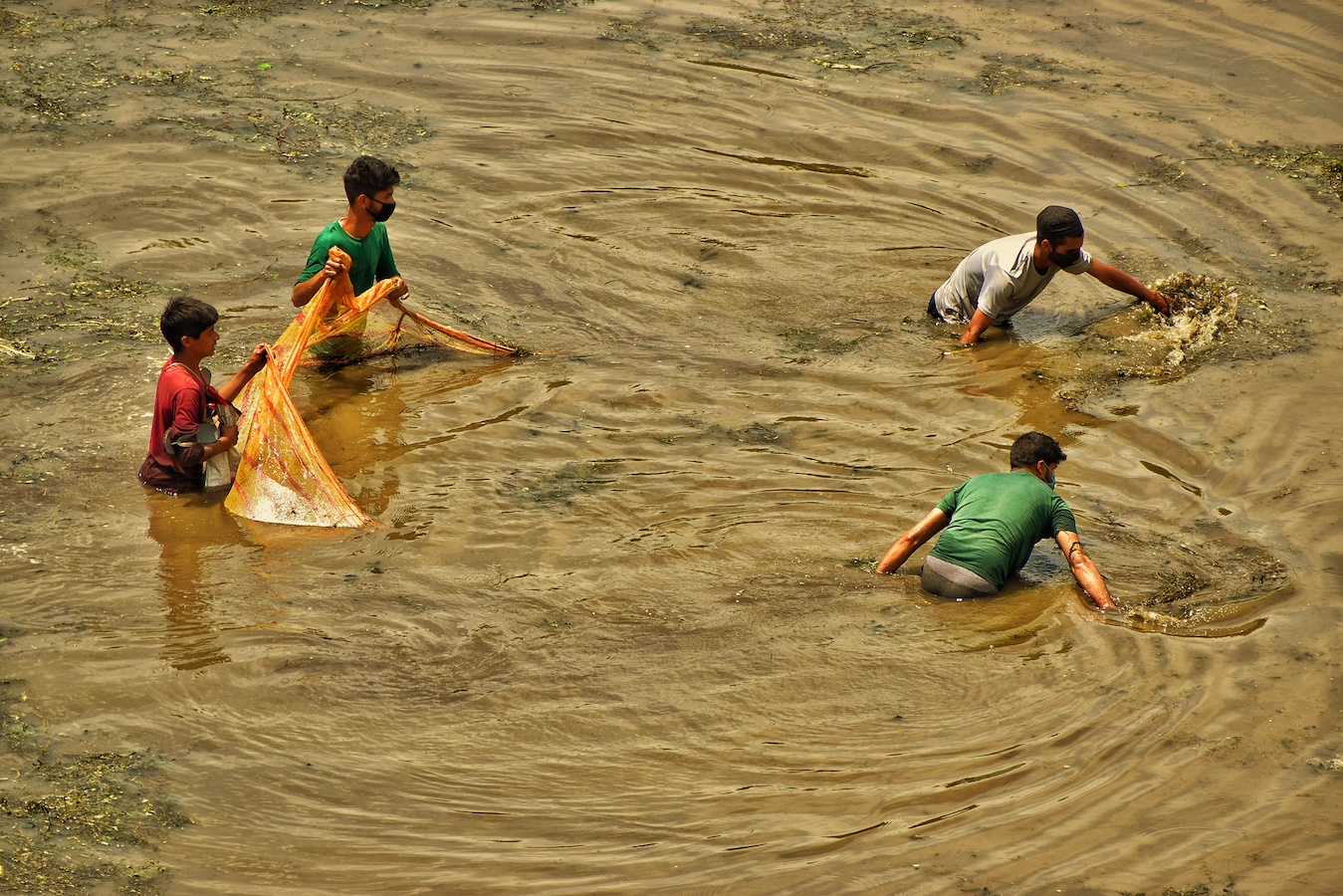 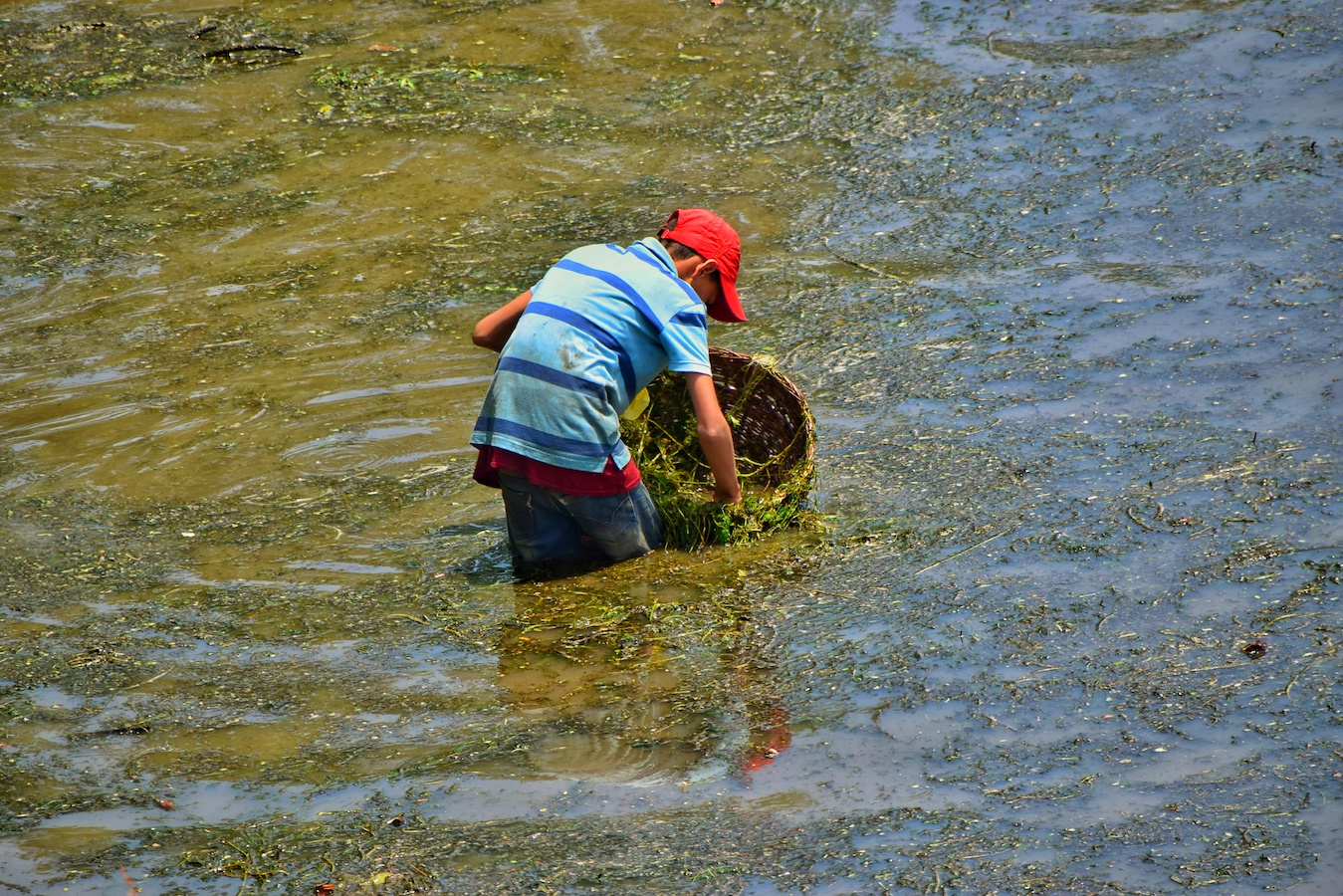 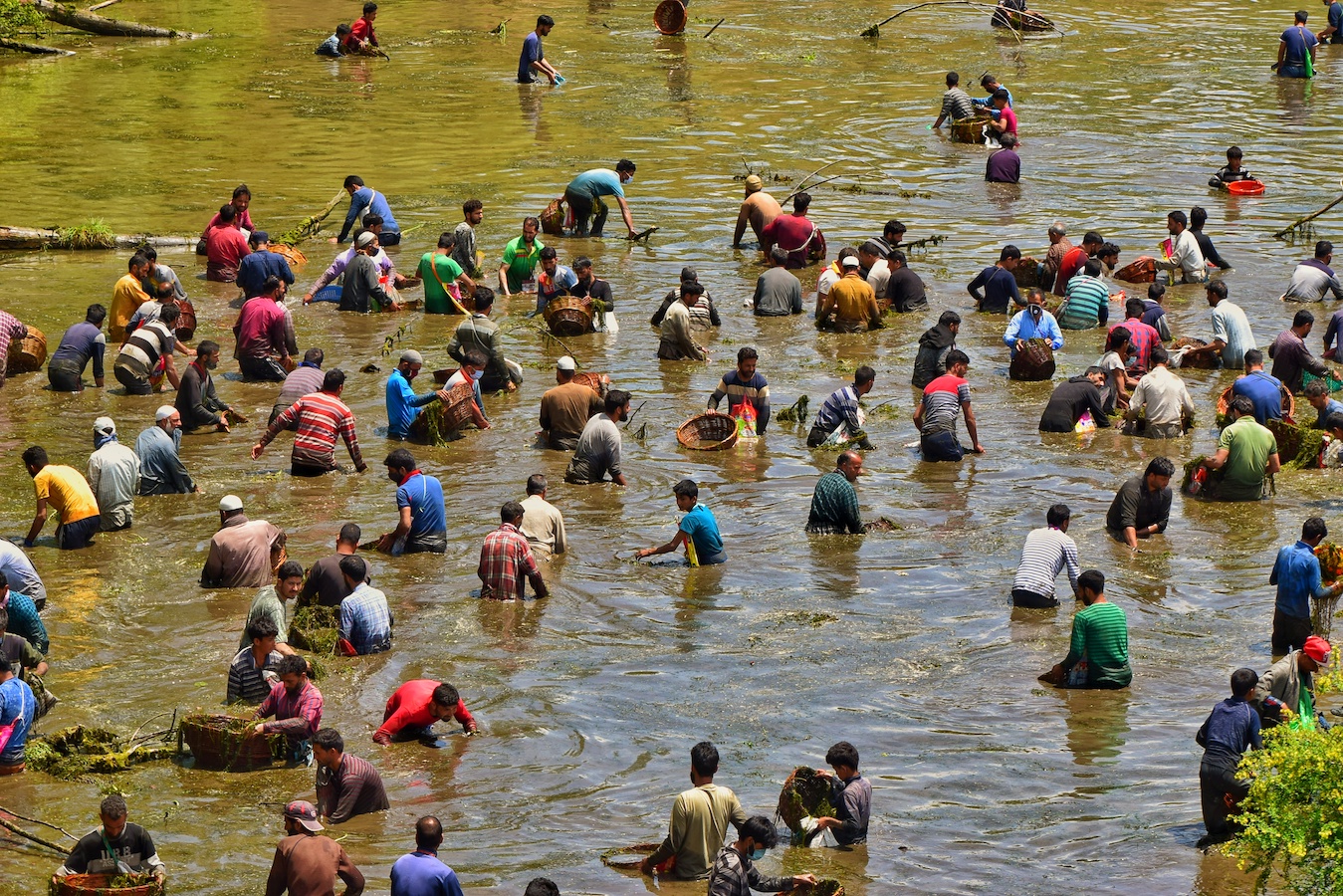 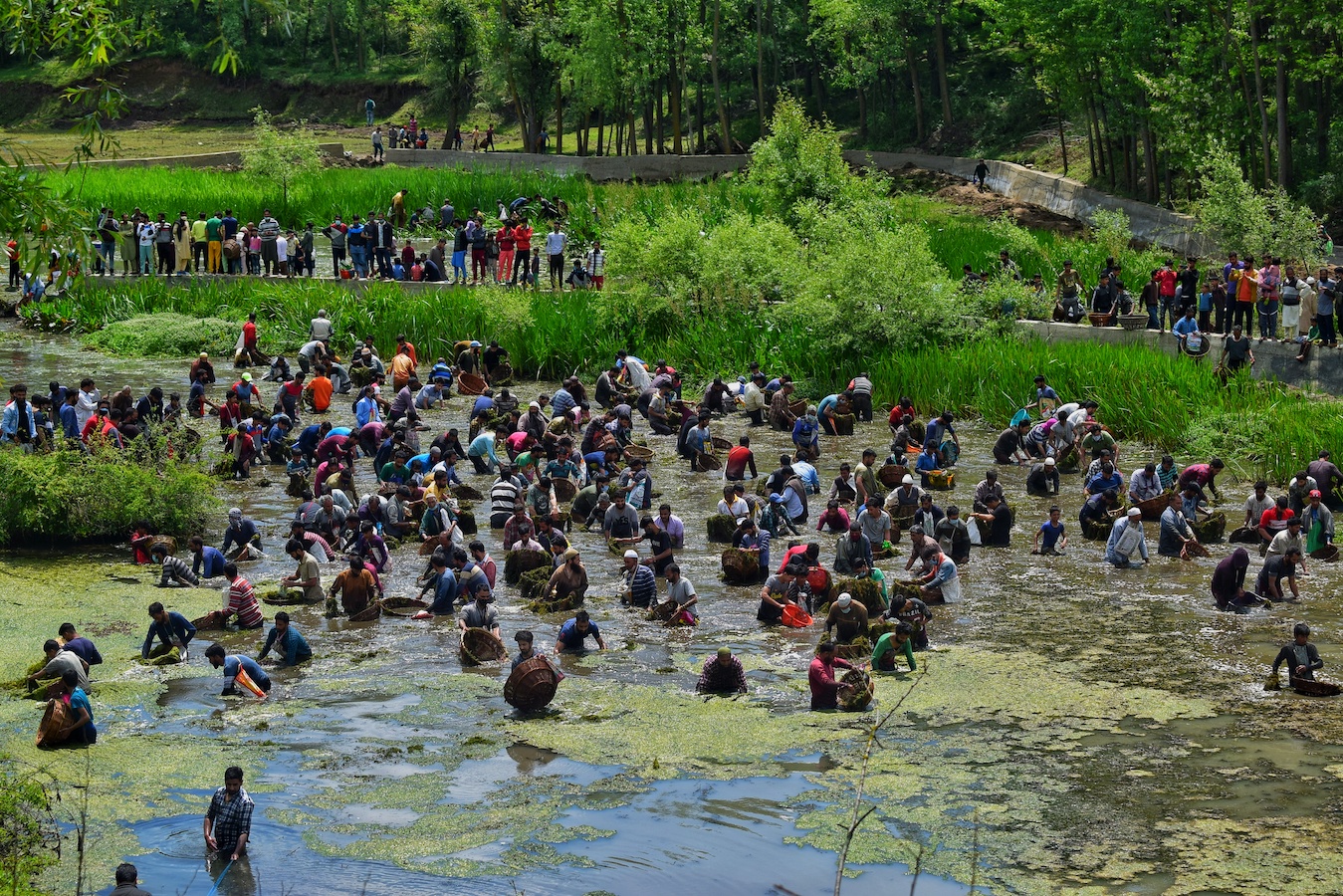 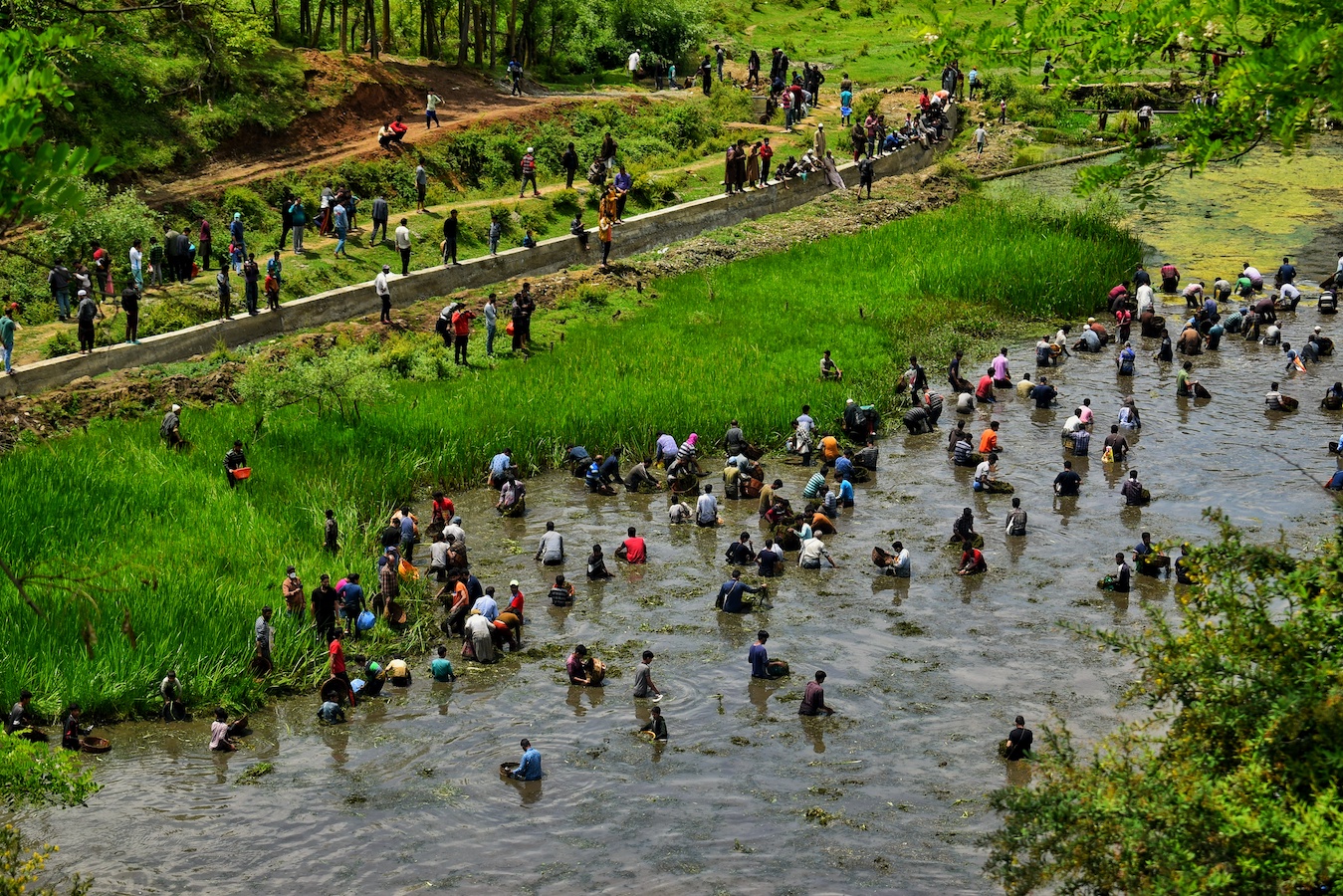 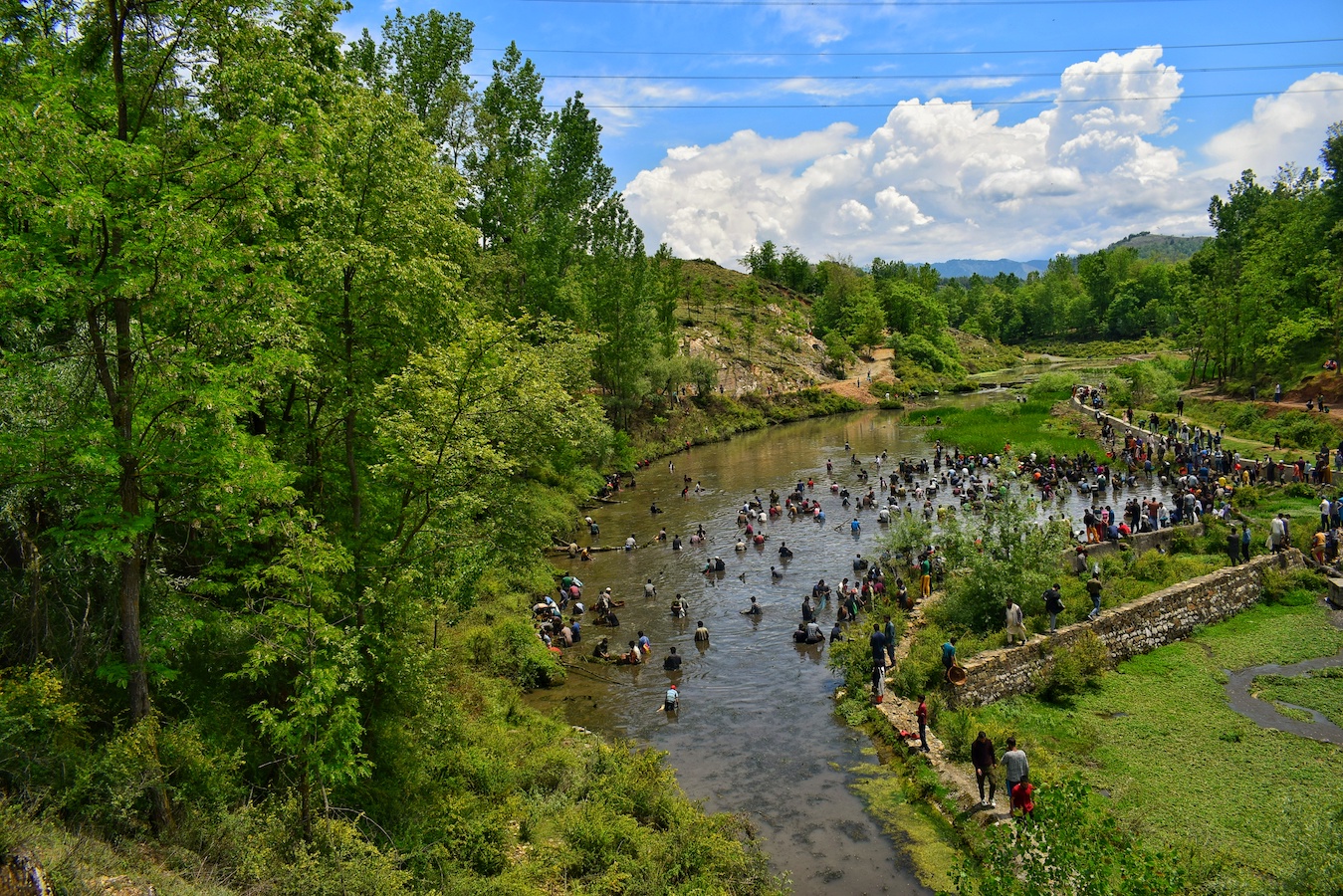 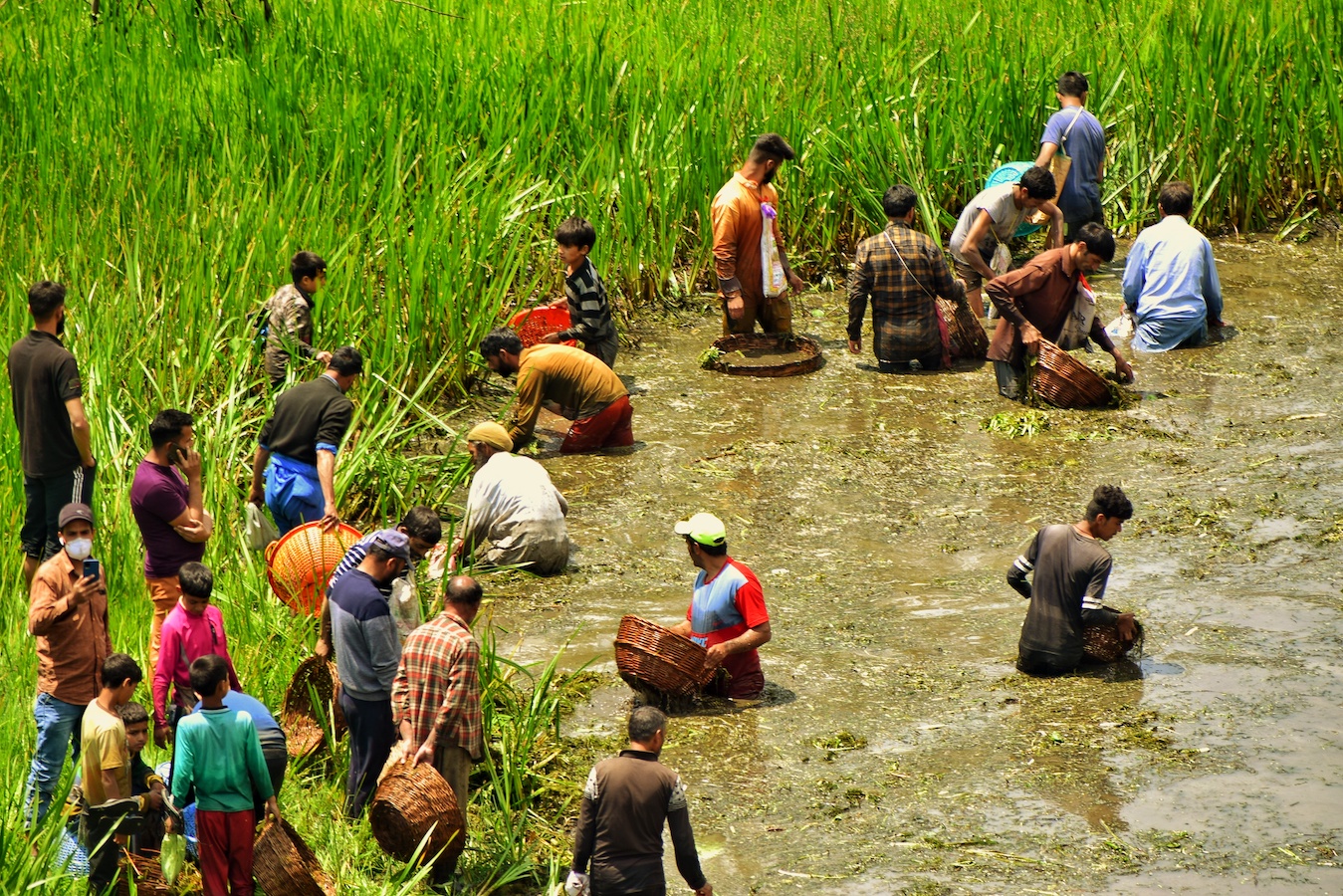