The farmers’ movement against the controversial farm legislations has been a struggle, but not without its ‘sweet’ spots where support from the toiling masses has come as a breath of fresh air in difficult times.

One such spot has been in Hisar where the farmers along with the support of local villagers have put the Haryana government on the backfoot, compelling it to withdraw police cases against 350 farmers.

The farmers had been booked after a massive demonstration on May 16 against the state government for its ‘anti farmer’ stance. The farmers had descended on a venue where Chief Minister Manohar Lal Khattar was to inaugurate a Covid 19 health facility.

The farmers claim that their peaceful protest was met by ‘brutal’ violence from the police that resorted to a lathi charge and use of tear gas shells to disperse them. Several farmers had been injured in the process, with the police also claiming that at least 2o of their personnel were also injured.

“To add insult to injury, the local administration went back on its word and slapped criminal cases under Section 307 (attempt to murder) and other sections of the Indian Penal Code (IPC) sections against 350 farmers,” All India Kisan Sabha president Dr Ashok Dhawale told this reporter.

The farmers started a peaceful campaign to ensure that these ‘unjustified’ cases were withdrawn.

On May 24, the farmers had decided to gherao the office of the Divisional Commissioner'. But before the gherao began, a delegation of the Samyukta Kisan Morcha (SKM) was invited for talks.

After a marathon meeting between the administration and the SKM, it was agreed that all police cases registered against the farmers would be withdrawn. 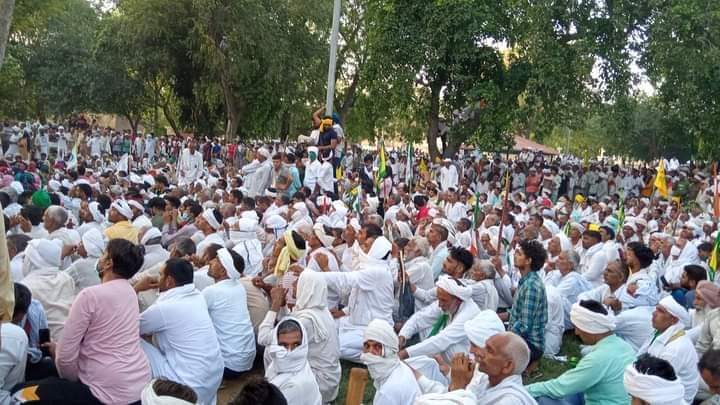 The administration also agreed to compensate the farmers whose vehicles were damaged during the police action. It also agreed to give a job to the kin of farmer Ramachandra who died of a heart attack during the demonstration on May 24 where around 10,000 farmers had gathered at Krantiman Park.

The gathering was attended by the top leadership of the farmers’ movement including Balbir Singh Rajewal, Joginder Singh Ugrahan, Gurnam Singh Charuni, Rakesh Tikait, Jagjit Singh Dallewal and Dr Ashok Dhawale among others.

The massive gathering came down heavily on the ‘anti-people and pro-corporate’ central government and resolved to intensify the ongoing farmers’ agitation across the country from May 26 onwards.

“The victory in Hisar is sweeter as Manohar Lal Khattar (Haryana Chief Minister)and his ministers have been in the forefront in trying to discredit the movement. The government was once again trying to resort to its tried and tested method of suppressing the people’s movement through police repression. But this was not going to work in Hisar as this region has a history of farmer movements that are intertwined with the issues of the masses,” Kavita Vidrohi of the Jan Sangharsh Manch Haryana said.

Just a month ago protesting farmers had foiled multiple efforts of the administration to restart toll collection at the toll plaza on Kundli-Manesar-Palwal Expressway near Aasoda village of Jhajjar district. This victory had come amid an eyeball to eyeball situation with around 500 security personnel deployed at the spot.

Meanwhile, on May 24 the protesting farmers held programmes across the protest sites to mark the birth anniversary of the legendary Ghadar Party youth icon Kartar Singh Sarabha. This is part of the ongoing campaign to remember and honour historical legends.

“In their addresses, the farmers’ leaders said that Shaheed Sarabha was a source of inspiration for the younger generation and recalled that the history of Punjab has been full of struggle from the very beginning. They said that the ongoing movement is the first one in many decades that has seen massive participation of youth. They pointed out that the youth standing up for their rights with great enthusiasm is a very encouraging sign. Young writers and poets are also playing a role in taking this movement forward,” a spokesperson of Bharatiya Kisan Union (Dakaunda) said. This organisation was instrumental in organising the above event.

Addressing dharnas at 108 protest sites across Punjab that include toll plazas, petrol pumps run by corporate entities, shopping malls and railway premises, the farm leaders reiterated that while six months of this struggle have passed, Prime Minister Narendra Modi has continued to be indifferent. They said that the farmers will not go back home disappointed and the struggle will continue.

May 26, is being observed as ‘Black Day’ with farmers gathering at the Singhu and Tikri borders in large numbers. Black flags have been distributed to households in Punjab and Haryana, along with black turbans, ribbons and black flags against the ‘black laws’.

International media has acclaimed the farmers' struggle as the longest and most peaceful in the world. Global civil society alliance CIVICUS in its annual “State of Civil Society Report 2021’ has a special section on the farmers’ movement titled ‘Farmers make their voices heard’ applauding the collective action.

And maintaining that while tens of thousands of farmers took to the streets to protest at the legislation, they were joined by millions of workers from a wide range of industries. 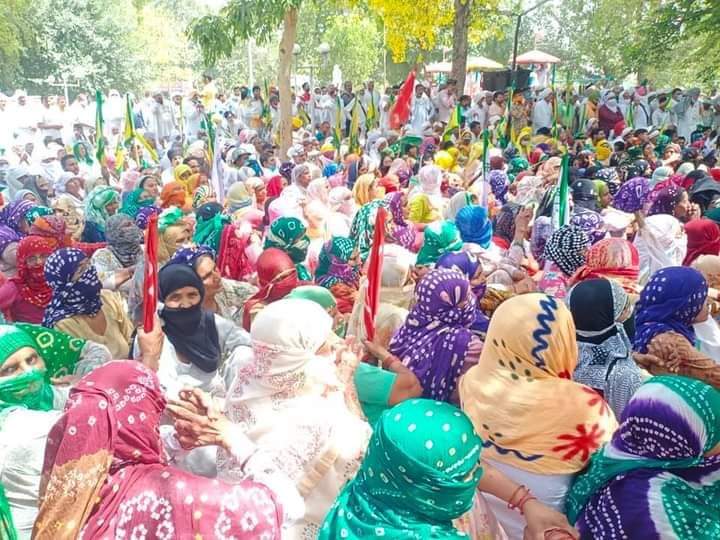