Sumeet Samos vs the Trolls: First-Gen Learners Use Crowdfunding for Education

'If scholarships are not there for us, should we not go to these universities?'

Unable to get any scholarships or funds to pursue his double masters at Oxford University, Sumeet Samos, a young student from a Dalit community, decided to give fundraising a chance. What he did not know at that point is that the members of his community and others would fulfil his dream of going to Oxford within four to five hours.

“By the time I got an unconditional offer from the university, a lot of scholarship offers had gone. I could not apply to some because of my age and the fact that I was doing my double masters. The Odisha Government assured me of help but refused after four weeks. I had no other option but this, and it turned out to be successful,” he said. 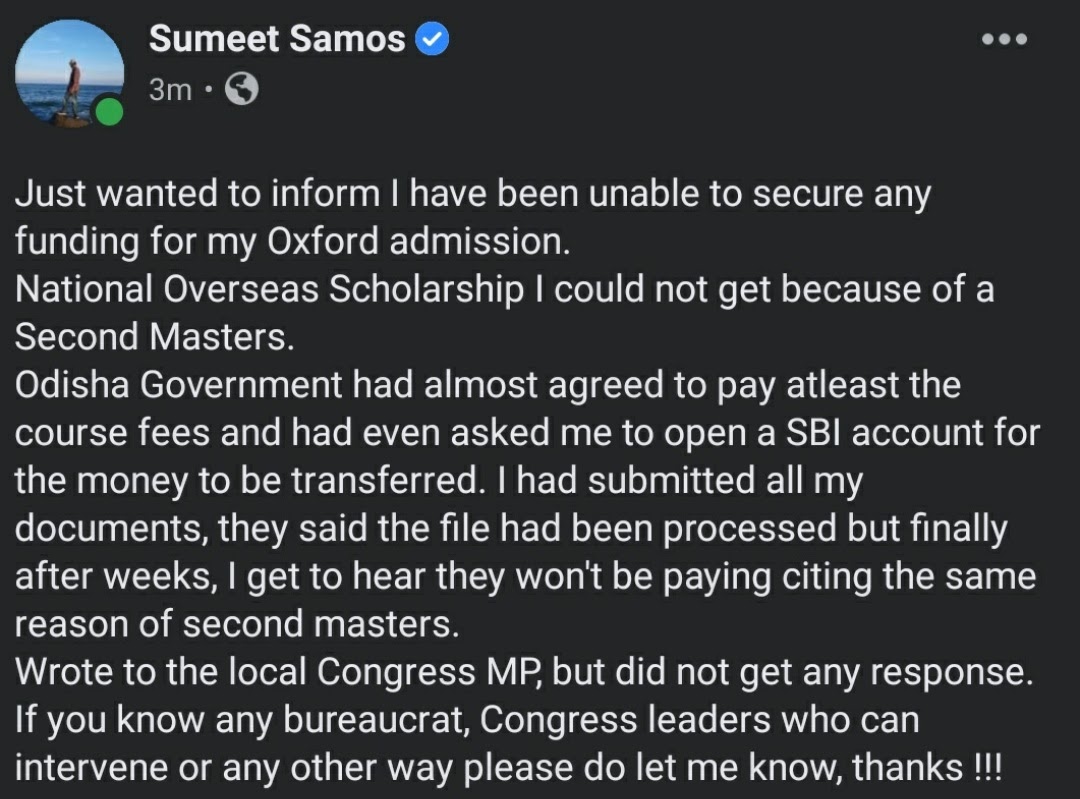 For the past few days first-generation learners, most of whom come from oppressed caste families, have been using crowdfunding to help them financially as they further their education.

Jenisha Singh, an Indian-Nepali Dalit, is pursuing her PhD from the Ambedkar University of Delhi and alleges that she has not received her Junior Fellowship Grant (JRF) for the past one and a half years.

Having exhausted all her savings during the lockdown, Jenisha gathered the nerve to start a fundraiser to raise Rs. 2,00,000, the same amount that she had saved up initially. She too was inspired by seeing the support of the community for the previous fundraisers.

“I had not expected that I will get so much help. It was indeed a little embarrassing at first to ask for help. But the support that I am getting, not just of money but also the encouragement from my community, is overwhelming,” she said.

The University grant is the sole reason why many students like Jenisha are able to complete their higher education.

“I had applied for the PhD only because of the JRF. For students like us, scholarship acts as a pillar and makes education possible. Earlier, my research was text-based but I was able to make it more researched on-ground because of the money that I was to get as a grant,” she said.

Another fundraiser, by a first-generation lawyer, is raised by Archana Rupwate who holds an offer at the Viadrina University of Frankfurt (Oder), Germany for the Master in Human Rights and Humanitarian Law.

Currently with the Human Rights Law Network, Archana does not want to be just an average lawyer. Rather, “I want to be an extraordinary lawyer and stand up as a leader for my community”, she wrote on her fundraiser page.

Harshali, another first-generation learner who has started a fundraiser for Rs. 32 lakh to secure her admission at the University of London, asks, “if scholarships are not there for us, should we not go to these universities?”

Like everyone else, Harshali too had to face massive trolling online. From comments like “they are misusing the platform, to how they should take loans and not beg like this”, she has heard it all.

“It might not be big for you to take a loan of Rs. 32 lakhs but it would take us years to pay back the loan. Secondly, we have no collateral or backing to get the loan passed,” she shared. 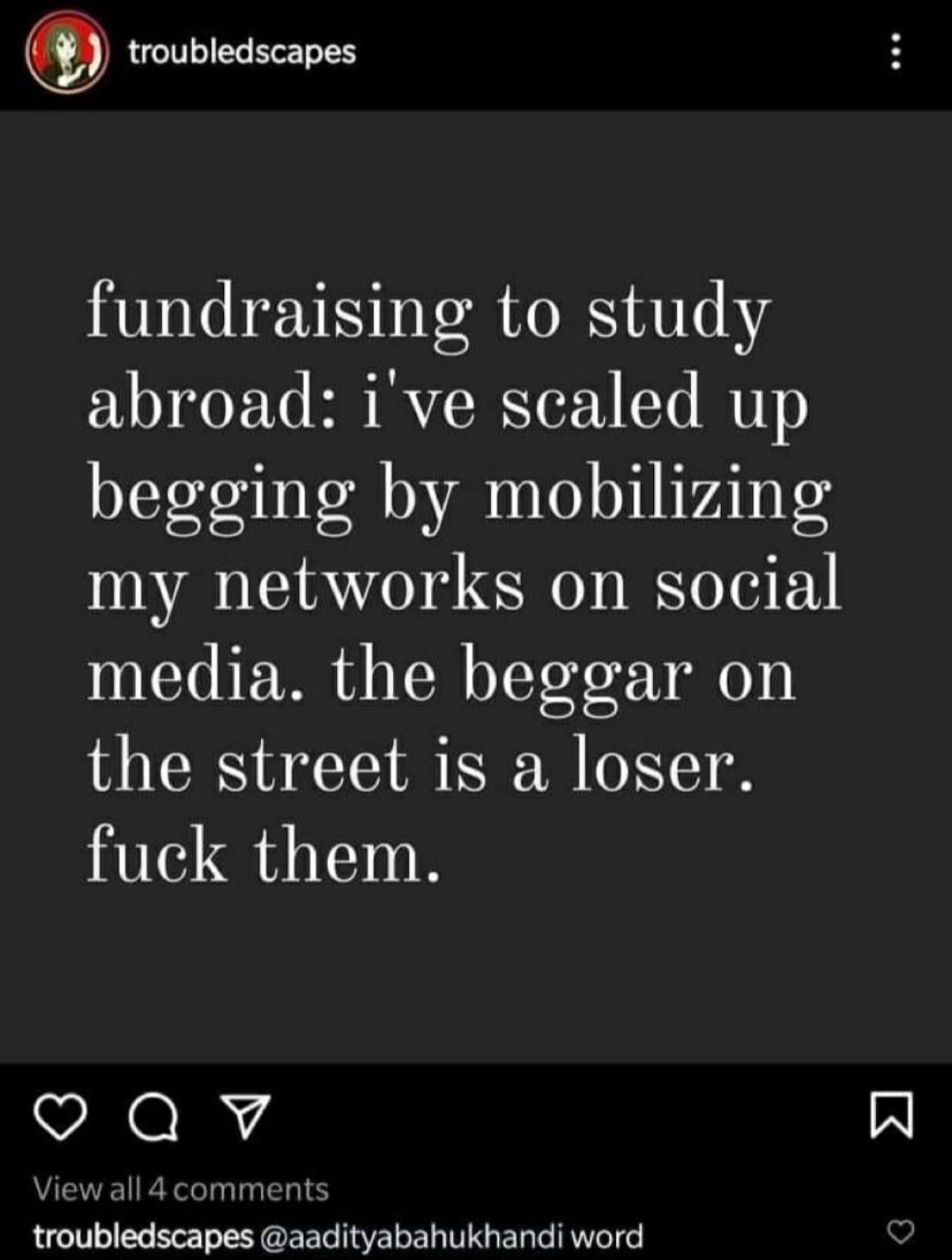 The belief that education is one of the only things that is going to help them keeps her going strong. People from the community believe that once you go out to study you can come back with diverse learning and can help the community here better, Harshali told The Citizen.

“People have told me that no matter what you build, you can have lands or houses, you can be in the highest of the positions, people would still pull you down and would remain you of your caste. But if you have your education, you will have that even after you die,” she said.

Samos, who has deleted most of his tweets due to the trolls and the resentful posts, too agrees with this.

“I came from a place where only a very few people go out for education. When I go back to my village, I tell them about Delhi, France, and will not tell them about Oxford. People would say that since Sumeet did it, so can we,” he said. 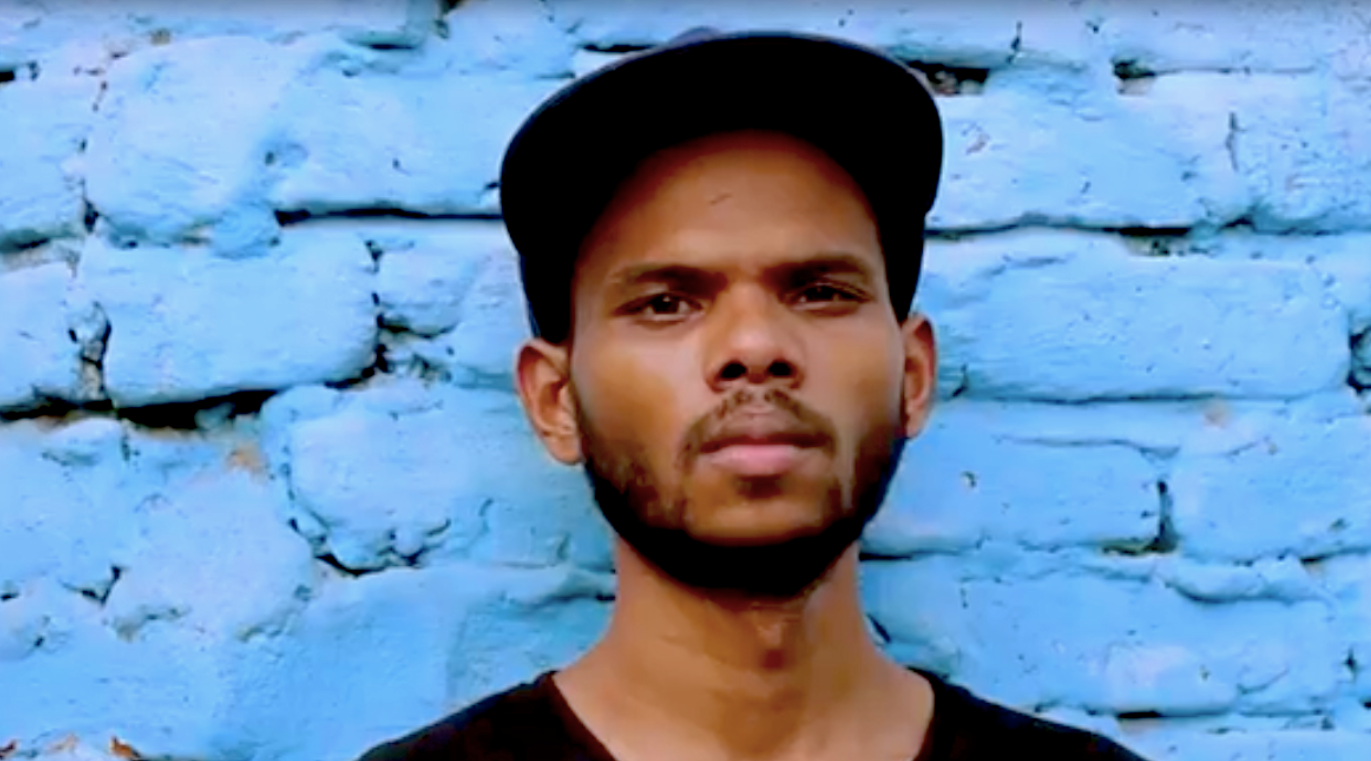