No BSP, no Congress?

Perhaps the most interesting political snippet of the day was the meeting between nine Bahujan Samaj Party MLAs and Samajwadi party chief Akhilesh Yadav. More so as the meeting was without party chief Mayawati, who seems to have sunk into the doldrums over these past years.

Maywati had expelled these legislators over the last four years, having won just 19 seats in the 2017 Assembly elections. Of these 11 have been expelled since, leaving her with just seven MLAs (one having lost a by-election). Mayawati who has gone under wraps since, has been barely visible in Uttar Pradesh politics, and the meeting this morning suggests that she might well be looking at an early retirement as her clout with her Dalit base has steadily reduced with the BJP actually making inroads into the non-Jatav segments of this vote bank.

The recent panchayat elections have given a decisive fillip to the Samajwadi party with Akhilesh Yadav travelling the state, and holding a series of meetings with party workers in a bid to revive and enthuse the organisation before the polls next year. Mayawati performed badly, and her two senior leaders --Lalji Verma and Ram Achal Rajbhar --were charged with working against the BSP in the panchayat elections and expelled for anti-party activities.

Although these two leaders were not at the larger meeting with Akhilesh Yadav, sources suggest that doors are wide open between them. Several district level workers of the BSP have already joined the Samajwadi party in recent days.

Yadav is in the midst of expanding the organisation, and building an effective coalition to take on the Bharatiya Janata Party in the state. He has been in successful talks with the Rashtriya Lok Dal which has a presence in western Uttar Pradesh and new chief Jayant Chaudhary (after his father Ajit Singh died of Covid) has a good rapport with the Samajwadi leader.

Akhilesh Yadav is clearly focused on a coalition with the national general secretary of the Apna Dal-Communist Pallavi Patel meeting him in Lucknow. She is the sister of Apna Dal (Sonelal) Anupriya Patel who is an ally of the BJP. The Apna Dal (S) is the larger faction of the two with nine legislators.

Significantly estranged uncle Shivpal Yadav, who left the SP to start his own Pragatisheel Samajwadi Party Lohia (PSPL) has said that he is more than willing to ally with his former party to defeat the BJP in the forthcoming elections. Sources said that Akhilesh Yadav was more than open to the idea, and much could be read into his earlier statement that the party would leave the Jaswantnagar Assembly seat for Shivpal Yadav.

Alhilesh Yadav had said as far back as November last year that he was more than willing to embrace his uncle, and that if the coalition came to power Shivpal Yadav would definitely find a space in the state Cabinet.

The SP leader has said openly, and been saying lately, that he would rather ally with the smaller parties than the bigger ones like the Congress and the BSP. His honeymoon with the Congress party was short lived, and died a natural death after the joint campaign by him and Rahul Gandhi was unable to move the electorate in their favour. Since then relations between the two parties have not been particularly cordial and clearly Akhilesh Yadav now wants to leave the BSP and the Congress party out of his proposed coalition.

It is early days of course, and the picture could change but currently the SP is working to bring in all the smaller parties and individuals into a broad coalition to take on the BJP. Sources said that the Samajwadi chief found it difficult to work with the Congress and BSP leaders, and the party was in favour of working out its own agenda for the polls without hurdles from the two larger political parties. The panchayat elections that favoured the SP, the sources said, have boosted the morale of the workers down the ladder and Akhilesh Yadav is working now with the single minded purpose of building a coalition to expand the reach of the party.

The Congress party, the sources said, was not expected to deliver seats or votes in the state and would come in with demands and a diktat that would create resentment “as it did last time” in the SP. Mayawati has barely been able to keep her party together and has lost the goodwill of the Dalit community as well, is the SP assessment. Besides, the SP-BSP alliance did not work well for the former while the BSP gained.

Akhilesh Yadav is following the advice to form an overarching shelter for all castes and communities. The meeting with the BSP legislators thus assumes significance as he is interested in wooing the Dalit voters who are looking for an alternative to the BJP in the state. And becoming the ‘one stop political shop’ for what he believes is the larger majority that is keen to replace the BJP and its Chief Minister in UP.

Sources said that it is clear that the Samajwadi Party will now be the main party against the BJP. And hence Akhilesh Yadav is not in a mood to barter seats with parties like the Congress and the BSP that have a history of demanding more than their fair share. Mayawati has hit a new low and the Congress party despite the occasional forays of Priyanka Gandhi into the state has made little headway. The SP on the other hand is in a better position than before, with the panchayat poll success boosting the cadres no end.

The farmers who have a strong presence in western UP and have been protesting against the BJP for seven months and more are supportive of the SP and the RLD as both have taken an anti-farm law stand. As the sources said the emerging coalition will not only be with the smaller parties, but as Yadav has told his leaders, of building a coalition of vote banks that will extend the hitherto limited reach of the SP by harnessing the anger and resentment against the current government. 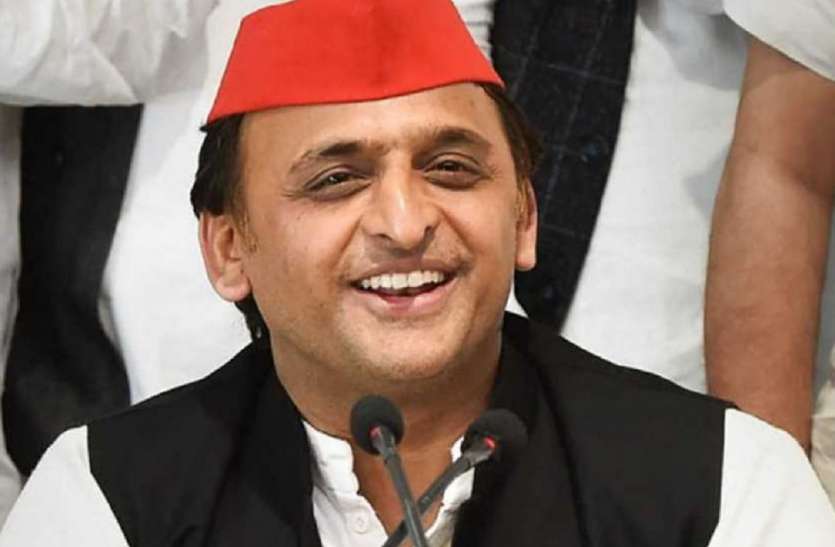