Even as resistance is gaining momentum in the Lakshadweep islands and in neighboring Kerala, the central government seems hell-bent on pursuing its controversial agenda of development and social restrictions on the ecologically fragile Lakshadweep archipelago, populated mostly by indigent and conservative Muslim fishermen.

A recent report in the daily Mint said that the central government’s expenditure finance committee is poised to consider a proposal for developing hotel projects under the garb of eco-tourism at Kadmat and Suheli islands in Lakshadweep regardless of the fact that the Maldivian type of tourism development envisaged by the powers-that-be is resisted by locals as well as environmentalists.

Simultaneously, there had also been a move to ban dairy farms and stop serving meat in the school midday meals scheme as part of the government’s agenda.

The planned hotel projects are to come up at an estimated cost of INR 240 crore to 247 crore respectively. The government planning body, the Niti Ayog, and the Union Home Ministry have been reportedly planning 10 hotels since 2018. Such large scale projects are not only a threat to the environment, but appear to be inconsiderate to the immediate economic needs of the locals. The revised draft on the projects had dropped a clause related to the employment of locals, Mint pointed out.

Marine biologists say that the waters around the islands are home to a variety of threatened and endangered marine life, such as green turtles, sea cucumbers, giant clams and corals, which will be destroyed by unbridled and large-scale tourism.

“Beneath the seemingly barren white sand, grows an entire grassland. Tiny tips of smooth, waxy seagrass gently break the grainy surface, and if left undisturbed, will grow into a lush meadow in a few years, waving their green fronds as far as the eye can see,” said an article in The Hindu in March.

According to marine biologist Rohan Arthur, the shallow lagoons are protected from the open sea by an outer coral reef; which reduces the impact of wave action, preventing beach erosion and protecting the islands’ limited freshwater supply. “The healthy seagrass meadows in lagoons, crucial nurseries for many reef fish, also have high soil-binding capacities. Lagoon sea grasses help stabilize beaches and prevent beach erosion,” Arthur is quoted as saying.

Pointing out the dangers arising from rash development plans, 114 scientists from more than 30 universities and research institutes have urged the stoppage of such tourism projects. Their petition points out that beaches and lagoons are where islanders fish for their daily consumption.

Lagoon fish are the backbone of Lakshadweep’s famous sustainable and indigenous tuna fishery industry. The beaches are heavily used as the catch is processed and sundried on these sands.

With tourism, and the spatial restrictions it could bring, locals fear that they will not be able to use the beaches or lagoons for their traditional livelihoods, the scientists warned. Rohan Arthur points out that the inhabited islands where the villas are to be built are already reeling under a water crisis.

On June 28, PTI reported that the “Save Lakshadweep Forum” (SLF) demonstrated against the administration’s June 4 order levying a fine if coconut palm leaves, shells or trunks were found in and around dwelling places. As per the order, violators will be fined under the Lakshadweep Solid Waste Management bye-law of 2018 and will also be liable to criminal proceedings under Section 188 IPC (Disobedience to order duly promulgated by public servant). The SLF says that the government is introducing rulers and laws without consulting the people.

On June 22, a division bench of the Kerala High Court headed by Chief Justice S Manikumar and Justice Shaji P Chaly ordered a stay on the administration’s decisions to close down dairy farms on the islands and change the midday meal diet of school children by excluding chicken, beef, and other meat from the menu.

Petitioner Ajmal Ahammed of Kavaratti, had demanded that the Lakshadweep administrator should desist from implementing any reforms “infringing the ethnic culture, heritage, food habit and affecting the serene and calm atmosphere in the Lakshadweep Islands and also infringing the constitutional right guaranteed under Article 19 and 300A of the Constitution of India’’.

The petitioner said that the decision to shut down dairy farms and auction off the animals was taken without any due consultations with the elected local bodies on the islands. 96.5% of the people of Lakshadweep are Muslims who eat meat and beef.

Ever since a Modi-confidante Praful Khoda Patel was posted as the Administrator of Lakshadweep in December 2020, he had made a slew of rules and proposals seen as hurtful by the locals. These had triggered agitations and court cases. The proposals include changes in the use of land for development purposes, allowing liquor at resorts on inhabited islands, ban on the consumption and sale of beef and exclusion of those with more than two children from contesting the local elections.

A group of 93 former civil servants calling themselves the “Constitutional Conduct Group” (CCG) have written to Prime Minister Narendra Modi expressing "deep concern" over what they called were "disturbing developments" in Lakshadweep in the name of "development".

The CCG objected to the proposal to target food and dietary habits and religious injunctions of the local islanders, 96.5% of whom are Muslims. If passed into law, the proposal will effectively ban the killing of bovine animals and prohibit the consumption, storage, transport or sale of cattle meat in an island environment where there are inherent limits to livestock development.

No such prohibitions apply to several states in the North-East and even the state of Kerala next door, the CCG pointed out. These measures could cause communal disharmony endangering national security, the CCG warned.

However, there has been a silver lining: Lakshadweep filmmaker Aisha Sulthana, who was accused of sedition in a police complaint for saying in a TV program that the Central government is using COVID 19 as a “bio-weapon” on the people of the Lakshadweep Islands, has been granted anticipatory bail by the Kerala High Court. In its judgment of June 17, the court also made her immune from arrest in the future.

There is also a move to use the strategic location of the Laskshadweep islands in the Arabian Sea to clamp security measures which curb the locals’ freedom.

On June 4, Indian newspapers reported that the Administrator of Lakshadweep had taken a decision to deploy “responsible government servants on board local fishing boats” for intelligence gathering. This is a requirement not made in any other place in India.

The government’s action followed the seizure of drugs and a gun from a couple of Sri Lankan fishing boats in the sea off Lakshadweep. The posting of intelligence personnel drew criticism from the islanders who felt that it was discriminatory with potential to trigger tensions, reports said. 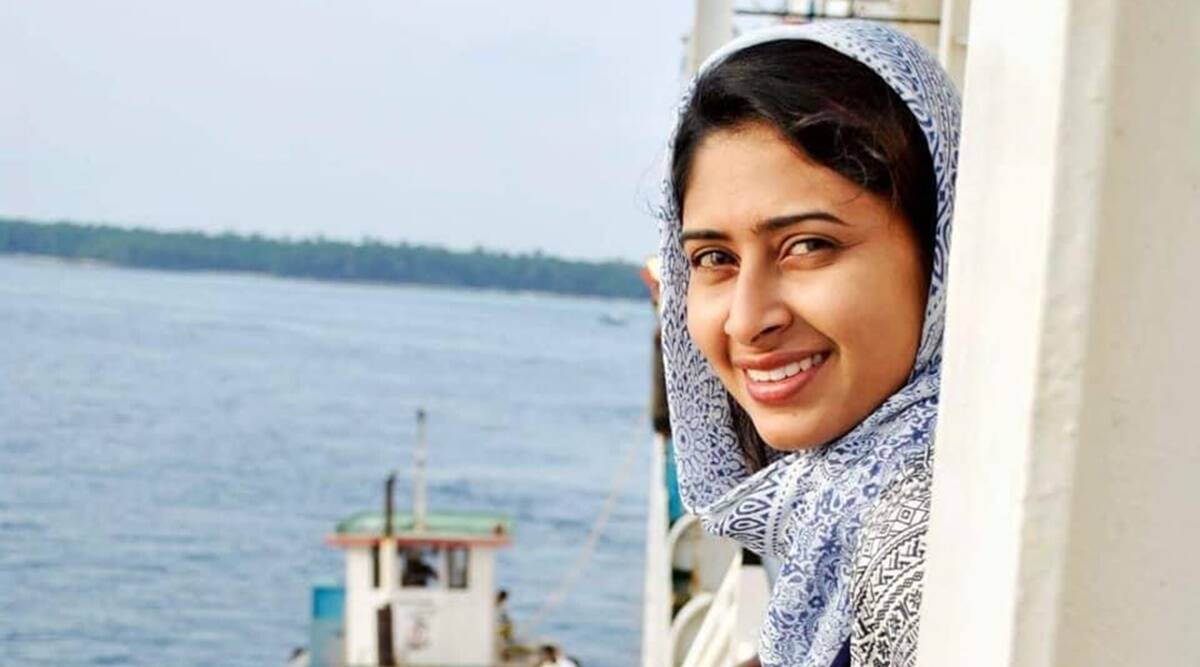