Over 1,000 famers from Tamilnadu joined the protestors at Delhi's Singhu border

August 9, 2021 was truly a memorable day. The vibrancy and determination of the Left movement was on full display throughout India. Lakhs of people were mobilised by the fronts AIKS, CITU, AIAWU, AIDWA, DYFI, SFI and also by other progressive forces, in hundreds of districts in 25 states across India.

The slogan was to ‘Save India’ from Corporate Hindutva, comprising the bankrupt BJP-RSS regime and its unholy alliance with the rapacious corporate lobby. 79 years ago on the same day in 1942, the country reverberated to the slogan of ‘Quit India’ given by Mahatma Gandhi against the hated British imperialist rulers.

The massive action evoked memories of the August 9 nationwide Jail Bharo struggle three years ago, at the joint call of the CITU-AIKS-AIAWU, when over seven lakh people had courted arrest. This was followed by the massive two lakh strong Delhi rally to Parliament by these three class organizations on September 5, 2018.

This year, from Jammu and Kashmir, Punjab, Haryana, Himachal Pradesh, Uttarakhand, Uttar Pradesh and Delhi to the north, to Kerala, Tamilnadu, Karnataka, Andhra Pradesh and Telangana to the south; from Tripura, Assam, West Bengal, Bihar, Jharkhand and Odisha to the east, to Rajasthan, Gujarat and Maharashtra to the west; and Madhya Pradesh and Chhattisgarh in the centre, there were huge protest actions everywhere.

Along with workers, peasants and agricultural labourers, women, youth and students hailing from all religions, castes and creeds thronged these massive protests. They squarely attacked the abysmal failure of the corporate-backed fascistic and communal Modi government on all fronts. Hundreds of photos of the August 9 actions are still pouring in from all over the country.

The major demands of this struggle are:

- withdrawal of the Electricity Amendment Bill

- immediate slashing of the massive and continuing price hikes of diesel, petrol, gas, cooking oil and all other essential commodities

- compensation for job and wage losses during the pandemic

- registration of all migrant and unorganised sector workers

- fill up all vacancies in the government and public sector immediately

- ensure minimum wages and social security and pension to all workers

- a cash transfer of Rs 7,500 per month for all non income tax paying families

- immediate free and universal vaccination to all, with priority to frontline workers

- ramp up vaccine production and bring the distribution under government regulation to ensure universal free vaccination within a definite timeframe, and scrap the pro corporate vaccination policy

- allocate 6% of GDP to the health sector, strengthen the public health system and health infrastructure to ensure adequate hospital beds, oxygen and other medical facilities to meet the coming Covid surge

- ensure the availability of protective gear, equipments, wage rise etc for all health and frontline workers and those engaged in pandemic-management work including ASHAs and Anganwadi employees, along with comprehensive insurance coverage for them all

- scrap the new education policy and ensure good education to all students in the pandemic.

A powerful team of more than 1,000 famers hailing from Tamilnadu, including women farmers, under the banner of the AIKS, holding red flags and raising slogans reached New Delhi on August 5. They had travelled a distance of nearly 3,000 km by train. Delhi police stopped them on their way to Parliament, and they held a public meeting.

The farmers’ team from Tamilnadu stayed for a week at the protest site at the Singhu border and joined hands with the farmers from Punjab and Haryana who have been there for the last eight and a half months. On August 9 an impressive human chain and rally of peasants with the slogan 'Save India' was organised at the Singhu border.

Meanwhile, on its 13th and concluding day on August 9, the all-women Farmers’ Parliament passed a unanimous resolution expressing no confidence in the BJP led government. The special session called on the people to oust the corporates from agriculture (Corporates Kheti Chhodo) and asked the BJP government to quit (Modi Sarkar Gaddi Chhodo) as it has failed the people.

The no-confidence motion was tabled in the House on August 6 and it was debated for two days. It was based on the fact that the farmers' demands were not being met, despite more than eight months of peaceful protests by lakhs of farmers across the country.

Speakers launched a scathing attack on the BJP government saying it had lost the confidence of the people, and during the pandemic had to bulldoze its anti-farmer and anti-worker laws through Parliament. As many as 90 women speakers expressed their views on the motion.

The motion pointed out that the Modi government had created a hoax of doubling farmers’ incomes and had done nothing concrete to achieve it. The motion also mentioned that the BJP and the Prime Minister have reneged on their MSP related promises time and time again, including on making a C2+50% MSP a reality for all farmers.

On the import-export front, it said India’s exports have declined while imports have increased. And when it comes to government support to farmers during natural calamities, it has been a massive failure.

Several other issues of serious concern of ordinary citizens were also raised during the debate on the no-confidence motion. These included the unaffordable and unjustified hike in fuel prices, the collapse of an under-resourced and unprepared healthcare system, unconscionable spying on citizens and elected leaders by the government, serious human rights violations in the name of sedition and other false and archaic charges on the country’s defenders of democracy, foisting anti-worker laws in the country to protect big capital, and several anti-farmer measures by the government.

Kisan Parliamentarians raised numerous issues concerning their livelihoods and the violation of democratic values and basic human rights while participating in the debate.

The Mahila Kisan Sansad on August 9 also deliberated on the issues of women farmers in India. August 9 was International Indigenous People's Day too. Adivasi farmers are an important group of farmers in India, and the MSP legal guarantee demanded by the farmers’ movement seeks to secure guaranteed MSP for forest produce also, in addition to other commodities.

Adivasis in India are also waging struggles to uphold their resource rights over various natural resources including land and forests. The Kisan Sansad fully supported their struggles.

Earlier, on August 4 and 5, the Kisan Sansad discussed the situation with regard to cost of production calculations by the Government of India wherein several costs are being suppressed.

Their resolution also directed the Government of India and state governments to implement immediately the progressive recommendations in the National Farmers’ Commission reports (Swaminathan Commission) related to operationalising the definition of ‘farmer’, preventing the acquisition of agricultural land, providing pensions to all farmers, and providing universal, effective and adequate crop insurance and disaster compensation to all farmers for all kinds of risks.

The Speaker of the Farmers’ Parliament thanked the Opposition MPs of India’s Parliament for their support.

However, the Kisan Sansad also noted that parties like the BJD, TRS, YSRCP, AIADMK, TDP and JD(U) have been participating against farmers in Parliamentary debates on various Bills. The SKM warned them against their anti-people positions.

Ashok Dhawale is President of the All India Kisan Sabha and a leader of the Samyukta Kisan Morcha. 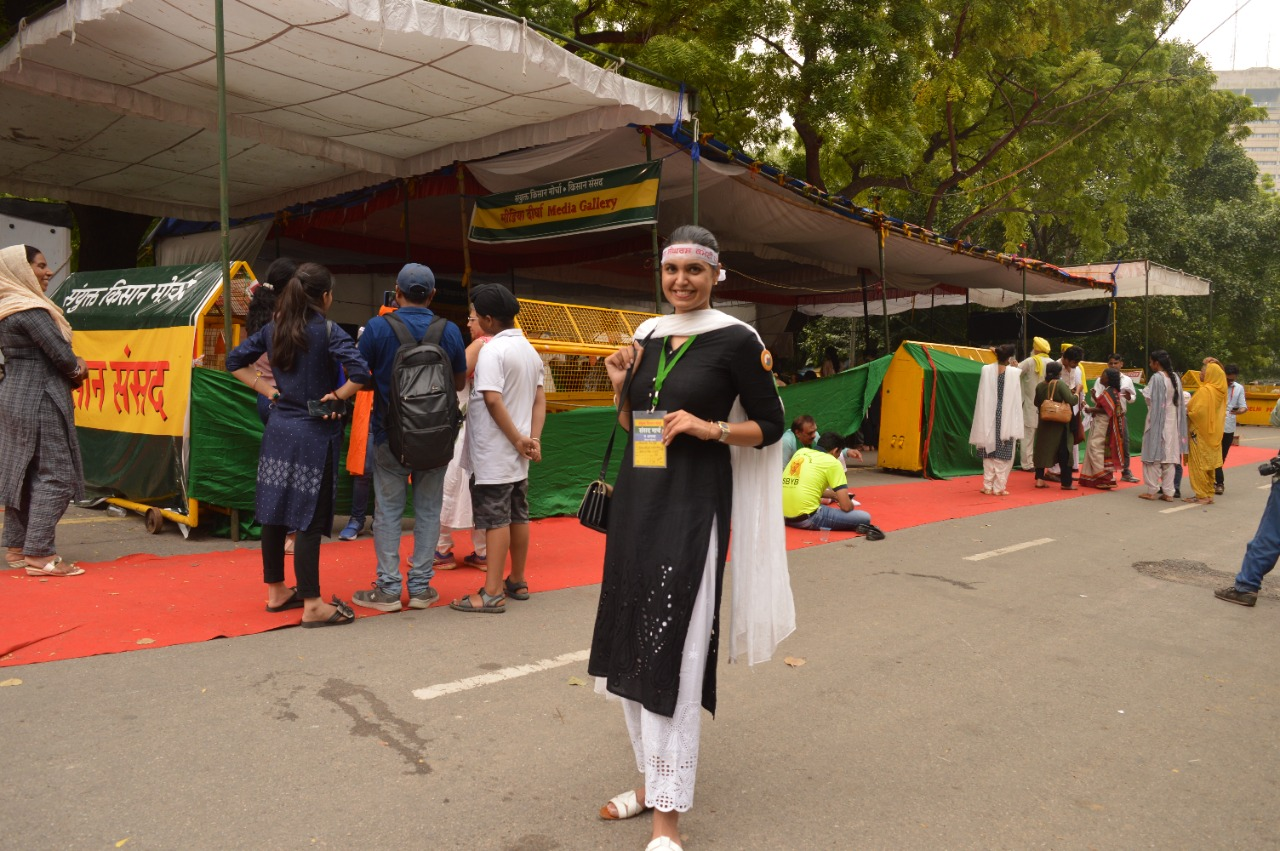