A quiet movement is going on in the villages of several states to celebrate the Constitution of India even as it attacks the scourge of casteism in Indian society.

The movement is gathering steam in Gujarat, Rajasthan, Uttar Pradesh, Bihar, Jharkhand, Odisha, Maharashtra, Telangana and Chhattisgarh for now and will slowly be expanded to the rest of the country. The aim is to get at least 10 lakh households to light a lamp on Constitution Day November 26 as a tribute to democracy and freedom.

The initiative has been taken by Gujarat based organizations Dalit Shakti Kendra, Dalit Foundation and Navsarjan Trust that have a history of working towards caste equality. And together with local organizations in different states are now working to educate the masses about Indian democracy and the Constitution.

The exercise assumes significance in the light of caste atrocities being reported from various parts of the country with continuing regularity, with women and children being the worst sufferers.

The most recent incident in this context was reported from Karnataka last month where a Dalit family from Chhanadasar community was allegedly fined Rs 25,000 when a two-year-old toddler entered a temple in Miyapur village of Koppal district. The others taking objection to this had reportedly demanded money for purification of the temple. The matter was resolved only when the local administration stepped in and some arrests were made by the Police.

“Till now we have covered 10,722 villages across various states. Of these 5100 villages are in Gujarat, 1700 in Rajasthan and 800 in Uttar Pradesh. The people are being told about the importance of the Constitution. They are being given the example of Afghanistan to drive home the point that a country must nurture its Constitution if the people want to protect their rights,” explained Dalit activist Martin Macwan to this reporter.

“People often talk in terms of Yugas while referring that the Kalyuga would last for five lakh years. They are being told how a Yuga changed for the masses of this country when it adopted the Constitution. They are being told that earlier only 2.3 per cent of the people had the right to vote based on their economic and educational status. It was the Constitution that introduced universal adult franchise in the country. Similarly it was the Constitution that did away with the inhuman and discriminatory practices like untouchability,” he said.

“This is a new Yuga, the Yuga of Samvidhan (Constitution),” says a pamphlet being distributed across the villages.

In fact, the lighting of lamps in the villages and towns across the country on November 26 will be the first stage of a larger programme aimed at abolition of caste discrimination. Following this event, December 6 which is the death anniversary of Dr Bhim Rao Ambedkar will be marked as ‘Rakt Bandhuta Diwas’ (blood fraternity day) where people from all sections of the society will be encouraged to donate blood. Through the blood donation camps the people will be reminded of Ambedkar’s message that there can be no liberty and equality without fraternity.

This will be followed by a Yatra from Ahmedabad to Delhi with the demand that untouchability has to go. “It will be conveyed clearly that by August 15, 2022 when the country completes 75 years of independence, all temples should be opened to everyone,” Macwan added.

Since August 15 this year children in various states are being sent cards that depict one aspect of the Constitution. This aspect is also elaborated at length so that the child receiving the card along with a sweet gets to understand it properly.

These cards are being sent on a weekly basis in Hindi as well as vernacular languages like Oriya, Bangla and Gujarati. Till now more than 72,000 cards have been sent to the children across 15 states. These children have been categorized into two groups of those studying below class eight and those studying in the senior classes in various schools.

Those carrying out the initiative say that this is again a one year drive where every card is sent with the tagline ‘Goli (sweet) Khayenge, Azaad Rahenge’ (We will eat sweets and stay free).

Macwan disclosed, “The central question is: How are we going to celebrate the 75th year of Independence Day? The cards focus on the current problems in the country and the history.”

For example one of the cards points out that Gautam Buddha had admitted women in his Sangha 2500 years ago. We live in independent India but why don’t we treat women as equal?

Another one asks why the Constitution treats untouchability as a punishable offence? Yet another raises the question of why economic disparity continues to be on the rise in India? 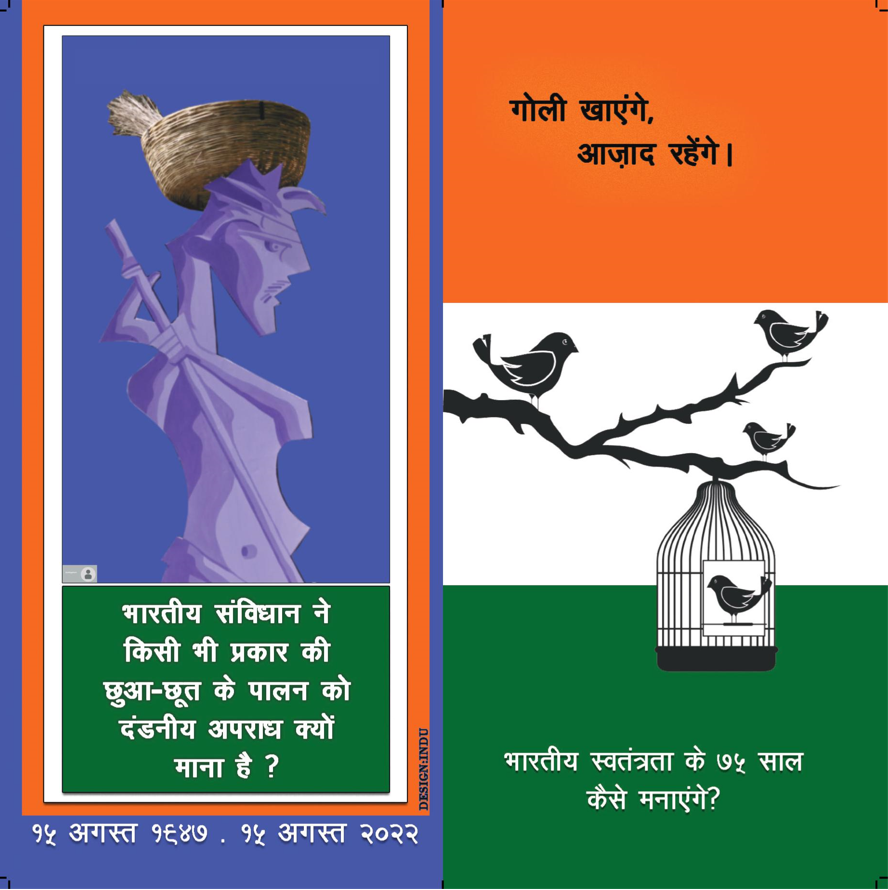 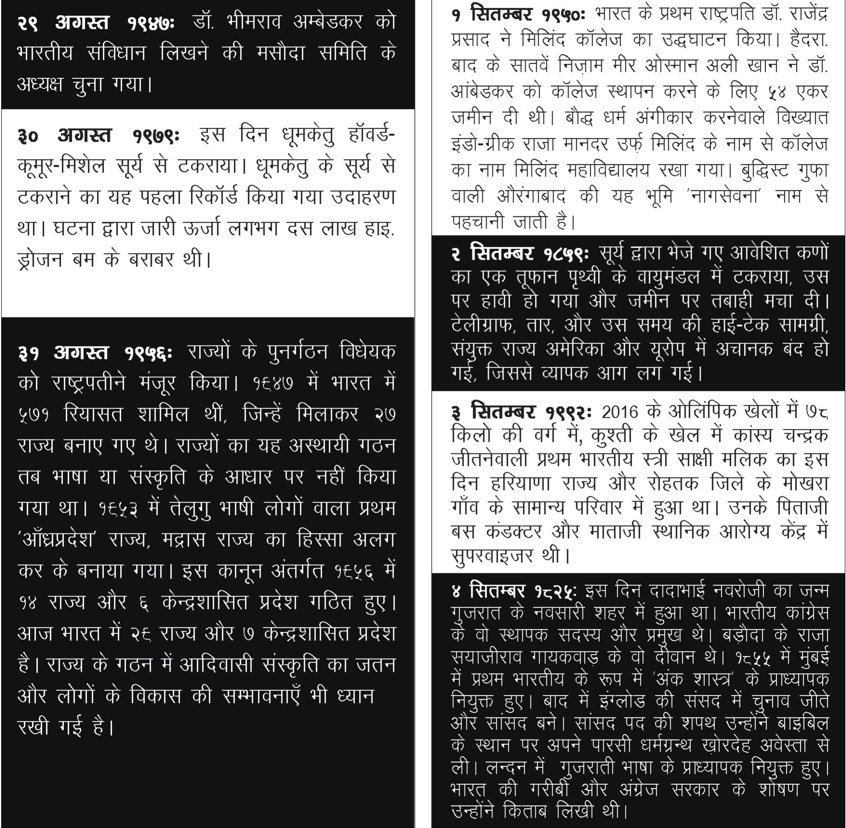