The loss in Mandi has startled the governing BJP

With less than a year to go for the state assembly polls, politics in the hill state of Himachal Pradesh has gone into top gear. Above all the results of recent bypolls to a parliamentary and three assembly constituencies in the state have galvanized the traditional rivals - Congress and BJP - into action mode.

With the Congress having won all four contests, the party has rediscovered its lost confidence following the poll debacles in 2017 and 2019.

For the Jairam Thakur led BJP government, the results are a clear sign that it faces heavy anti-government sentiment, and must act to break the state’s tradition of voting alternate parties to power.

Meanwhile, though confined to pockets, the Left represented by the Communist Party of India (Marxist) remains a significant third political force in the state.

Starting with the scenario in the BJP, the central leadership has decided to throw its weight behind Jairam Thakur to enter the poll battle next winter despite the recent bypoll defeats.

Of these the most startling was the loss in the Mandi parliamentary seat, where Pratibha Singh who is the widow of former chief minister Virbhadra Singh who passed away some months ago beat the BJP’s Khushal Chand Thakur who is a veteran of the Kargil conflict.

Mandi happens to be the home turf of the sitting chief minister, and the Congress was decimated here in 2017, making the district the new power centre in the state. Further, the Mandi bypoll was an election where the BJP’s brand narrative around Hindu nationalism did not work.

There were speculations about a change of CM in Himachal in the past month, similar to the shuffling of chief ministers in Karnataka, Assam, Uttarakhand and Gujarat. But these were scotched by no less than BJP national president JP Nadda, who also hails from Himachal Pradesh, in his recent address to the state working committee:

“I have come to know that people are trying to connect what is going on in the social media. We should ignore such rumours. We have to be united and give strength to both the party and the Jairam Thakur government to move ahead and repeat the BJP government in the state,” said Nadda in his 45 minute virtual address.

BJP leaders and workers in the state have been blaming sabotage, sympathy for Virbhadra Singh and spiralling inflation for the poll debacle. The party also saw a couple of senior leaders offer their resignation recently. It also faces the challenge of boosting the sagging morale of its workers and supporters.

Jairam Thakur has gone into the traditional mode of raining sops, announcing and laying foundation stones to fight the anti-incumbent feeling. One of his major moves is to revise the pay scales of government employees, and cutting the period from contractual employment to regularization from three years to two.

But this has also led to disgruntlement among those left out. The state capital recently witnessed a major protest outside the chief minister’s house by cops seeking a reduction in their contractual period from eight years to two, a month’s extra salary for being on duty round the clock every day of the year, better housing facilities and ration allowance apart from a higher pay band.

They have been promised redressal of their concerns.

As for the Congress, party leaders and workers have been emboldened by the recent bypoll results and smell a chance of returning to power. There has been a flurry of activity in the party.

“There has been a successful membership drive. The Sewa Dal has been organizing camps. Various training programmes are being organized. The Intellectual Cell is busy identifying poll issues and working on how to communicate effectively with the masses on issues like inflation.

“A chargesheet committee is working to bring out a document on corruption. The high command is carrying out surveys and taking feedback,” said Vijay Pal Singh Chauhan, a Congress leader from Seraj, which is represented by the sitting chief minister.

Potential candidates have been asked to remain present in their respective constituencies instead of moving around in Shimla or their district headquarters. It is expected that the candidates will be identified well ahead of the polls and asked to hit the ground before any formal announcements are made.

But the major problem for the grand old party is that of multiple poles. After the demise of Virbhadra Singh, who had a pan Himachal acceptance, the victorious Pratibha Singh has emerged as a major face of the Virbhadra camp.

Then there is the camp of former state party chief Sukhwinder Singh Sukhu, which has a large section of youth affiliated to it. The leader of opposition in the assembly Mukesh Agnihotri is another strong contender for the top post if the party comes to power. The name of party veteran Asha Kumari also occasionally does the rounds.

Observers say that the party will have to enter the poll battle united if it is to win, with internal feuds best left for after the polls.

Despite having just one MLA, Rakesh Singha in Theog, it is the CPM that has consistently raised people’s issues in the last five years. Singha has emerged as a leader making the right kind of noises in the assembly and even outside, on issues like the problems Kashmiri migrants faced during the Covid lockdown, the problems faced by horticulturists, and employment issues statewide.

“We will intensify our struggle on issues like water, health, education, employment and other public centric issues. Our participation will be there in the elections. We will engage and organize people around their issues with more strength.

“In the coming months our movement will intensify on compensation to those whose lands have been acquired for building highways. We are also going to launch a movement against the proposed international airport at Balh in Mandi district,” senior party leader Onkar Shad told The Citizen. 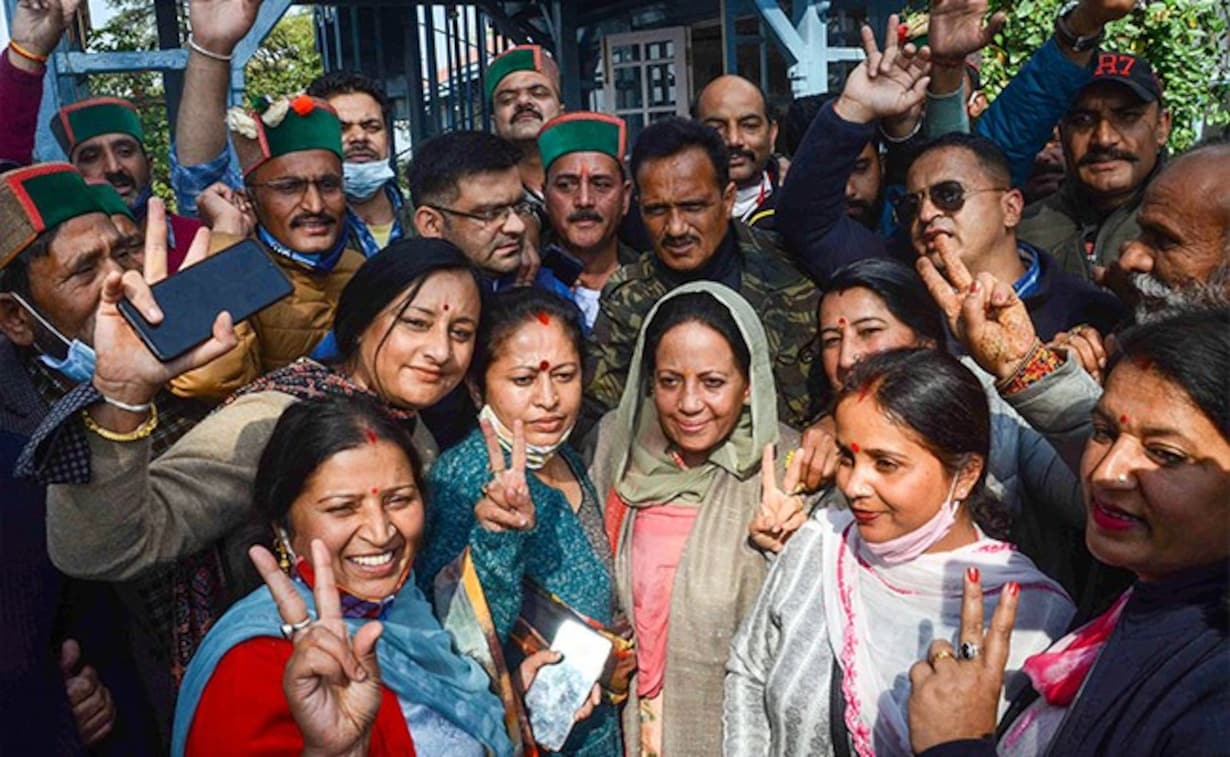