The farmers in Punjab along with other groups that were a part of the movement for the repeal of the three farm laws are now training their guns at the Charanjit Singh Channi led Congress government in Punjab to get their long pending issues resolved.

The pressure on the government is expected to reach a crescendo by the time the model code of conduct comes to be implemented for the polls scheduled to be held in February. Contrary to the belief that the Congress under Channi was well placed in comparison to the others, the party it seems will have a lot of explaining to do when it hits the ground for campaign.

A group of Samyukta Kisan Morcha (SKM) leaders from Punjab including Hardev Sandhu, Harinder Lakhowal, Prem Singh Bhangu and Kirpa Singh said after a meeting in Ludhiana on Saturday, “The toll plazas should also reinstate the employees instead of making fresh recruitments from outside.”

The farmer unions from Punjab had met for a brainstorming session to decide their future course of action. The above mentioned representatives raised the all important issue of withdrawal of cases registered against the farmers in Punjab, Chandigarh and elsewhere.

“At our last meeting Channi had promised to instantly start the process in this direction. Since the cases registered in Chandigarh do not fall under the purview of Punjab it was decided to take up the matter with the Governor who is also the administrator of the union territory. When such cases are not withdrawn after movements, they continue to linger in the courts and act as a discouragement,” the farmer representatives said.

“The government also needs to address the issue of loan waivers that had been promised ahead of the last polls. It was promised that loans whether institutional or non institutional will be waived off and nothing has been done till now,” they added.

The farmer organizations have also put their weight behind various contractual and daily wage employees from different departments who are protesting for regularization having put in several years of service. The state has been witnessing a series of agitations on this count.

Narayan Dutt of Inquilabi Kendra Punjab told this reporter,” This is a major move and lots can be extracted from the government if the employees have the backing of the farmers.”

The farmer organizations are also seeking that regular power be supplied to the tillers during daytime and the exorbitant bill that the farmers have been getting for the use of their motors be rationalized.

They are also demanding that the lands acquired by the government in the past that are not being utilized be de-notified and returned to the original owners. At the same time they are seeking compensation at market rate for lands being acquired for infrastructural development, mainly for construction of roads.

Amid reports of farmer leader Gurnam Singh Chadhuni announcing a political outfit and planning to contest Punjab polls, the representatives of the Punjab unions that met on Saturday said that this was Chadhuni’s individual decision.

“We are not siding with any political party and will fight with the people,” they said while asserting that the emphasis now is that the farmer organizations remain united. They said that their role in the context of the Punjab polls will be decided in the next round of meetings.

Meanwhile, the groups representing farm labour that mainly comprises Dalits are carrying out a parallel movement for securing their interests. They have announced that they will be protesting against the government and will show black flags to Channi, his ministers and MLAs wherever they go. The leaders of Sanjha Mazdoor Morcha have announced that Dharnas will be held in front of tehsil offices across the state December 28, 29 and 30.

Their demands revolve around land rights. “Whether it was the previous Shiromani Akali Dal (SAD)-Bharatiya Janata Party (BJP) combine or the present Congress regime, the issue of granting five marla plots to the landless has not been addressed despite there being a provision in the Panchayati Raj Act and no economic burden of the government since land is already available. Channi had promised with fanfare that the people would light Diwali lamps on their own plots. The promise proved to be empty. The state saw women protesting with lamps,” one of the leaders Tarsem Peter said.

He further pointed that no attempt has been made to ensure transparency of Gram Sabha proceedings through videography for implementation of Panchayat schemes.

The farm labour has been demanding distribution of surplus land saying the issue has not been revisited since the land ceiling laws came into existence.

The Channi government has drawn flak for first having issued a circular asking for data on surplus land with various individuals and then staying action on the same within a matter of hours.

The movement run by Zameen Prapti Sangharsh Samiti for cultivation rights of Dalits on village common lands has also been gathering steam.

There is also a lot of resentment over the delay in the probe and compensation to the Dalit who was allegedly killed by Nihangs at Singhu border at the height of the farmers’ movement.

“Channi promptly went and announced relief to the victims of Lakhimpur Kheri massacre while the poor victim of the Singhu murder continues to be denied compensation and justice,” Peter added.

The Dalit farm labourers are also peeved at the delay in action against perpetrators of atrocities by upper caste people in Masani village of Gurdaspur district.

It remains to be seen how it tackles both the farmer organizations and farm labour groups with the polls on the horizon. These recent developments have made the political scenario in Punjab all the more fluid. 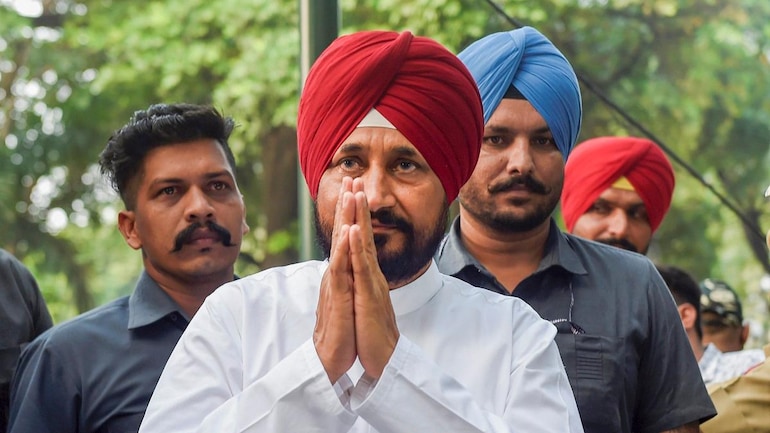