Another Journalist Behind Bars in Kashmir

The price of truth?

SRINAGAR: On a snowy winter’s night, a contingent of soldiers knocked at Sajad Gul’s door. Troops from the Indian Army’s 13 Rashtriya Rifles, armed with assault weapons and tactical equipment, arrived in search of the scribe.

On January 5, the Jammu and Kashmir police charged Gul, a journalism student working with The Kashmir Walla, under sections 120B (party to criminal conspiracy), 153B (imputations, assertions prejudicial to national integration) and 505-1B (causing fear or alarm to the public) of the Indian Penal Code.

Shortly before his arrest, Gul had shared a video of civilian protests against the killing of Lashkar-e-Taiba insurgent Salim Parray. Parray had been killed in an encounter with the police in Harwan, Srinagar on January 3. Minor protests and sloganeering reportedly took place in Hajin and Bandipora following the tragedy.

“I was about to sleep when I heard a knock at the gate. Sajad asked me to rest and went out to check himself. I followed him and found armed personnel from the 13 Rashtriya Rifles stationed near the gate. They detained him and handed him over to the local police,” said Gul’s brother.

According to his family, a group of army troops had come looking for Sajad earlier, when he was not home.

“I tried calling his phone right after they picked him up. Nobody answered the calls,” his brother stated.

His family say the local SHO told them that they would release Sajad the next morning, but they haven’t released him yet.

In the statement, the J&K police said that they arrested Sajad because he was instigating violence:

“…the said person under the garb of journalist is habitual of spreading disinformation/false narratives through different social media platforms in order to create ill will against the government by provoking general masses to resort to violence and disturb public peace and tranquility,” the statement read.

“Moreover, his overall activities are prejudicial to the sovereignty, integrity and unity of India. Accordingly, a case has been registered against him in which he has been arrested and presently is on Police remand.”

The statement also outlines an FIR the police had previously lodged against Gul. The authorities had arrested him in February last year after he publicised a protest carried out by residents of Shahgund, a hour from Srinagar, over an “encroachment drive.” Soon after his arrest, Fahad Shah, editor-in-chief at The Kashmir Walla tweeted in solidarity with Sajad, condemning the police action, and on January 10 said that the newspaper’s legal team had filed a bail application for Sajad.

Several politicians, journalists and social activists also took to Twitter to express their concerns over the government censorship of media and the intimidation of journalists in the Valley. “There is a different set of laws applicable to J&K vis a vis rest of India. Radicalised groups openly calling for genocide of muslims are roaming free while Kashmiri journalists shining a light on state sponsored human rights violations are jailed. Laws too have been communalised,” tweeted PDP president Mehbooba Mufti.

Meanwhile, The Kashmir Press Club on Monday demanded Gul’s immediate release, asking the authorities to allow him to pursue his studies and his journalism career.

The journalists’ body also urged the authorities to “immediately drop the alleged charges against Gul for his journalistic work” adding that “the FIR against him is purely aimed at criminalising the reportage and journalistic work in Kashmir.”

Gul is currently pursuing a master’s degree in convergent journalism from the Central University, Kashmir. The US-based Committee to Protect Journalists has also urged the Indian state to immediately release Sajad and let him continue his studies.

Also condemning the recent arrest of Chhattisgarh-based journalist Jitendra Jaiswal, the CPJ demanded that the Indian authorities “immediately release” both journalists, “drop the investigations into their work, and stop taking measures that prevent journalists from freely reporting the news.”

India ranks 142 of 180 countries in the Press Freedom Index compiled by the France-based Reporters Without Borders.

“He was the only educated person in the family. We want the authorities to drop all charges against him and let him complete his studies. He is really enthusiastic about his work. All we want is for him to be released right away,” said Sajad’s brother, praying for him to return safely. 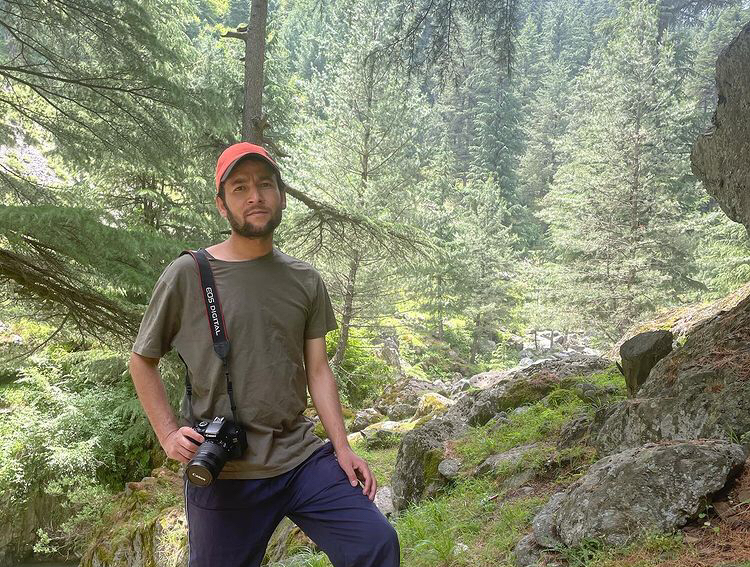