Farmers Zero in On Lakhimpur Kheri, Launch Mission UP

Permanent morcha in UP

Lakhimpur Kheri is all set to be the ‘Ground Zero’ of taking forward ‘Mission Uttar Pradesh’ and ‘Mission Uttarakhand’ that the farmers are expected to announce after January 31.

The Samyukta Kisan Morcha (SKM) which is the umbrella organization of farmer unions that had launched the movement against the three ‘black laws’ on agriculture, has announced a permanent morcha for justice for the farmers. Eight persons, including four farmers who were mowed down, three BJP affiliates and a local journalist were killed in the incident.

“There is a lot of anger amongst the farmers over the arrests of their brethren by the UP government led by Yogi Adityanath that has gone on an offensive against the farmers instead of ensuring justice to them. A team comprising SKM leaders and activists will be on a three day visit to Lakhimpur Kheri from January 21. They will be meeting the families of the martyrs and also the farmers who have been put behind bars. The legal experts of the SKM will also evaluate the cases concerning them and appropriate steps will be taken in context of the legal battle that lies ahead,” Inderjeet who is a senior functionary of All India Kisan Sabha (AIKS) told The Citizen.

Once the ‘Pucca Morcha’ is set up at Lakhimpur Kheri, of ‘Mission Uttar Pradesh’ and ‘Mission Uttarakhand’ are expected to be announced along with the strategy to take these forward.

The SKM is continuing with its line of not supporting any political party in the forthcoming elections in five states that include Uttar Pradesh, Uttarakhand and Punjab where the farmers’ agitation had reverberated. At the same time its mission would be to oppose the BJP. It doesn’t take much to calculate who would benefit from this stance.

“The manner in which things have been going on in the Lakhimpur Kheri massacre makes the whole thing very fishy. Ajay Mishra Teni continuing in the union ministry is a big question in itself when the findings of the Special Investigation Team (SIT) probing the matter underline that it was a pre-planned attack on the farmers and not a spontaneous reaction or an accident leaves no scope for his continuing to serve as a minister. Secondly the offenders who attacked farmers and sustained injuries thereafter cannot be construed as murder by the farmers. This is something never heard of before,” Inderjeet pointed out.

There is a lot of confusion over the death of one of the BJP workers Shyam Sundar Nishad as the farmers claim that he was alive with the police and had reached an ambulance. Later he was found dead. They have been asking for a probe into his and the death of the other BJP workers so that the guilty don’t go scot free and the incident is not blamed on the dead to save the powerful accused.

The farmers believe that an impartial probe and strict action against the guilty is only possible if Teni is divested of his portfolio.

The farmers claim that during the course of their agitation against the three controversial agriculture laws, there was a reign of terror unleashed on the farming community in parts of Uttar Pradesh other than western areas where the farmers were more organized.

“When we asked people to participate in protests in support of the farmers’ movement, we were told that the Police would turn up in households even if people discussed what was going on around Delhi and elsewhere what to talk of going to a protest venue.

But if need be we are ready to go there and dispel the wrong notions that the BJP leadership might be having about the farmers being scared. They might be misplaced in thinking that the farmers have gone and everything is over once the Morcha was lifted from the gates of Delhi.

For them Uttar Pradesh is all important in their saffron scheme of things but the farmers can easily spread from village to village and drive home their point,” Narayan Dutt of Inquilabi Kendra Punjab said.

It needs to be pointed out here that there is a substantial Punjabi population residing in the Terai areas of both Uttar Pradesh and Uttarakhand and it has the capability to dictate electoral results on some of the seats directly.

In fact, the farmer mobilization is continuing at different levels and the movement remains a simmering pot.

The purpose of the rally is to galvanize public sentiment against the lackadaisical approach of the central government on the promises made to the farmers on December 9 after announcing the repeal of the three controversial farm laws.

The organizers say that the people will also be mobilized against the changes in the labour laws introduced by the central government alongside the passing of the farm laws in 2020 wherein the laws were converted into four labour codes.

They say that the people need to be conscious of how the government wants to transform the rural economy and hand it over to the corporate.

At the same time, the state specific issues concerning the farmers and working class will also be raised in the rally. Here too the people would be asked not to depend on any political party for deliverance on issues but to carry on with their struggle.

Meanwhile on January 19, the AIKS, along with All India Agriculture Workers Union and Centre of Indian Trade Unions will mark the 40th anniversary of the killing of peasant leader and agriculture workers in police action in Chandauli in Uttar Pradesh along with Nagapattinam district ThiruThuraiPoondy in Tamil Nadu. 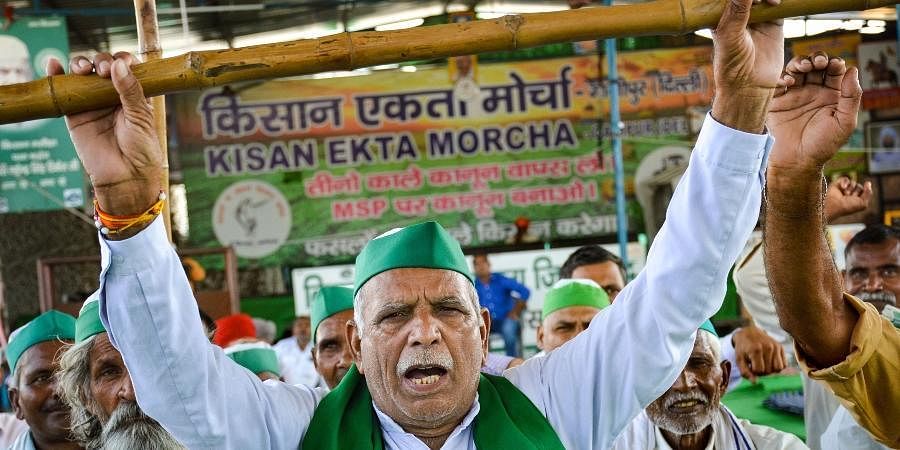