Akalis On Offensive with Backs to the Wall

A do or die battle for the Badals

India’s oldest regional party the Shiromani Akali Dal is fighting for revival in its home turf with its back to the wall. The odds are stacked against this party often identified with Panthic politics and rural stronghold, and speculation is rife in Punjab on whether it will spring a surprise in the polls by lifting its tally unlike last time when it was relegated to the third position after the rookie Aam Aadmi Party, winning just 15 of 117 seats while its erstwhile ally the Bharatiya Janata Party won on three.

February 20 is going to be a watershed for this party and it seems to have adopted the strategy of going all out. It has announced the decision to field its patriarch Parkash Singh Badal from his stronghold of Lambi at the age of 94 years. And the decision to field its firebrand leader Bikram Singh Majithia against the state Congress president Navjot Singh Sidhu from Amritsar (East) gives a new dimension to the multi-cornered poll battle promising that sparks will fly.

Majithia, who is brother in law of party president Sukhbir Singh Badal is quite often referred to as the General of Majha within the party and is the best entrenched politician in the Majha region. He is currently embroiled in a legal battle following the registration of a drug trafficking case against him in which the Supreme Court has asked the state government not to arrest him till January 31 when it hears the matter.

Before going further into these candidatures and what they mean for the forthcoming polls, one needs to understand where the SAD stands at this juncture.

Having been in power in alliance with the BJP for a decade till 2017, the party has failed to revive. The two major issues that it faced in the last polls were the highly emotive sacrilege of holy texts and the rampant menace of drugs among the youth of Punjab. By continuing to ally with the BJP when the three contentious farm laws were passed by New Delhi, even initially defending the laws the party angered the masses further.

Judging the public mood it eventually marched out of the alliance, and Harsimrat Kaur Badal who is the wife of Sukhbir Badal resigned from her cabinet berth at the Centre. Now the issues of sacrilege and drugs have returned to haunt the Congress party as the government under former chief minister Amarinder Singh failed to address them.

These elections are a do-or-die battle for the Badals who have long had a grip on the party, further strengthened after the demise of party veteran Gurcharan Singh Tohra in 2004. A second consecutive poor show could mean the beginning of a churning that might take its toll on the Badals hold on the party. People often draw a parallel with the fate of the Indian National Lok Dal in Haryana which has been out of power since 2005 and witnessed a split ahead of the 2019 assembly polls.

A reality check saw the SAD entering into an alliance with the Bahujan Samaj Party several months ahead of the polls, and the alliance has been in campaign mode for some time now having been the first to declare its candidates. Although the BSP has lost a lot of ground since the 1990s in Punjab, the fact of a one-third Dalit electorate which is the highest share in the country remains a factor.

“A lot will depend on whether the Congress continues with Charanjit Singh Channi as its Dalit chief ministerial face. The Akalis cannot be written off completely,” said political observer Vijay Bombeli.

“This is the reason that I prayed today, that not only should nothing remain in the lives of all those who had politicized this sensitive issue, but that nothing remains of them in the forthcoming assembly elections either,” said Sukhbir. He added that he had also prayed that nothing remain of “those so called Panthic organizations” who had betrayed the Panth by siding with anti-Panthic forces to weaken the Sikh religion from within.

Harsimrat who had accompanied her husband to the holy shrine went on to say: “Today I prayed at Sachkhand Sri Harmandar Sahib that if my brother Bikram (Singh Majithia) has indulged in any way with even a pinch of drugs or the spread of this menace in any way, Guru Sahib may inflict the most horrible punishment on each and every member of our family. Conversely, that those who told brazen lies over this issue and on the painful subject of sacrilege of Shri Guru Granth Sahib may also be made to face the fate that any Guru ghar da dokhi (offender against Guru’s holy abode) deserves.”

The party leadership is hoping that the people acknowledge its exit from an alliance with the BJP on the issue of farm laws and sacrificing its ministerial berth.

Coming back to the announcement of Badal senior and Majithia’s candidature, Sukhbir said, “Badal Sahib has always been in the forefront to offer his services for the welfare of Punjab and Punjabis and he is doing so again”.

He added, “Navjot Sidhu’s arrogance will be his undoing. He has been harping on his support among the masses. Now his support will be tested with ‘Majha da Sher’ taking him on in his home constituency. He should get ready to fight the brave SAD workers. We will break his arrogance by ensuring he loses his security deposit.”

The SAD president said that the Congress government had targeted Majithia by lodging a “false case” against him as he has always raised the issues of the people.

“Majithia is known to fight for the people. This was not to the liking of the Congress government. They have registered a false case against a Gursikh who is known to do ‘nitnem’ for two and a half hours every day. Our workers also realized that the best way to seek justice for Majithia was in the people’s court and it is they who prevailed upon the party to make him the party candidate from Amritsar (East),” he explained.

With a livewire contest in the offing, Sidhu will now have to spend considerable time in his own constituency leaving him unable to devote his efforts elsewhere. Majithia will also be contesting from his home turf of Majitha. 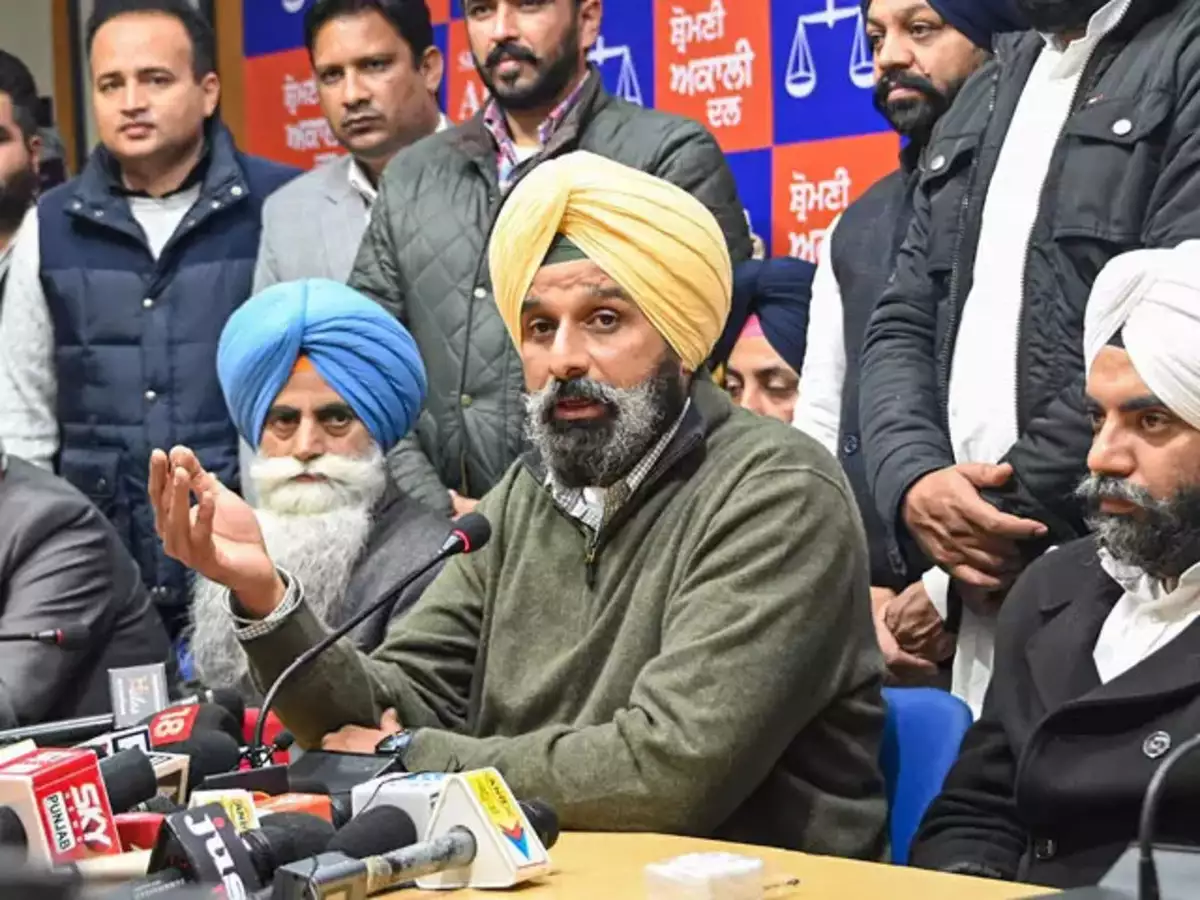