Did the Farmers’ Movement Impact the UP Vote?

NEW DELHI: At first, it would seem like the nationwide farmers’ movement barely impacted the Uttar Pradesh election results, with the BJP not only winning the majority but capturing a massive 41 percent vote share.

This rings especially true in Lakhimpur Kheri - which emerged as the centre of the farmers movement after eight people, including four farmers, were killed during protests in October last year. The BJP won all eight seats in the district – Palia, Lakhimpur, Nighasan, Gola, Srinagar, Dhaurahra, Lakhimpur, Kasta, Mohammadi, with fairly comfortable margins. The BJP had won all these seats in the 2017 vidhan sabha elections, and was able to retain them this time around.

Media analysis of the UP polls therefore, has dismissed the farmers movement as a mere blip on India’s political ground reality, but a closer look at the election trends reveals a somewhat different story.

The impact of the farmers’ movement is evident in the performance of the Rashtriya Lok Dal - which won 8 seats in the 2022 assembly polls. While 8 of 403 seats might not seem like anything to write home about, it is worth noting that the RLD had secured only one seat in the 2017 vidhan sabha. More importantly, exactly which seats RLD has won tells more of the story.

With these 8 seats, RLD emerged as the fourth largest party in Uttar Pradesh, ahead of the BSP and the Congress. The party only contested 33 of the 403 seats in an alliance with the SP, which makes the figure of 8 a lot more consequential.

Most significantly, 6 of these 8 seats were with the BJP.

In Muzaffarnagar district, where polarisation has been very high since the 2013 riots, the RLD won three seats – Puraqazi (SC), Budhana and Meerapur. All three seats were with the BJP in 2017. These districts have a large Jat population, and RLD’s victory signals Jat-Muslim vote consolidation - which could be a major factor in subsequent elections.

In Siwalkhas, the constituency of Chaudhary Charan Singh, RLD’s Ghulam Mohammad - an SP leader who fought on RLD’s ticket - won, defeating the BJP’s Maninder Pal. Ghulam Mohammad was the MLA in the 16th vidhan sabha, and lost to the BJP’s Jitendra Pal Singh in 2017.

RLD retained Chhaprauli. RLD won Sadabad which was a BSP seat in 2017.

In fact, in the belt of Muzaffarnagar, Shamli and Baghpat - districts that directly participated in the farmers’ movement - the BJP won only 3 seats out of 12. Of these three, Bhagpat was a very close call - with the BJP’s Yogesh Dhama securing 100639 votes vs RLD’s Ahmed Hameed with 94224 votes, a difference of less than 1000 votes. Several prominent BJP leaders lost including Sangeet Som, Suresh Rana, Umesh Malik, Late Babu Hukum Singh's daughter Mriganka Singh. These names had all featured prominently in the 2013 riots.

Contrast RLD’s performance in the 2022 elections with 2017 – where the party won only one seat, and was reduced to a non-entity in UP politics. After party leader Ajit Singh died, his son and current party president Jayant Chaudhary took over, and made the farmers movement central to the RLD’s political presence.

Jayant Chaudhry’s meetings and rallies were attended by large numbers, as the RLD attached itself to the nationwide farmers’ movement. Many compared Jayant to his grandfather, Chaudhry Charan Singh, one of India’s most influential farmer leaders.

After the RLD was dealt what seemed like an almost fatal blow following the 2013 Muzaffarnagar riots, the farmers’ movement - it seems - has been crucial in paving the way for the party’s re-emergence. The fact that RLD has performed well in constituencies with large Jat and Muslim populations hints at possible vote consolidation in these areas – which, if built upon, could have bearings on subsequent elections. 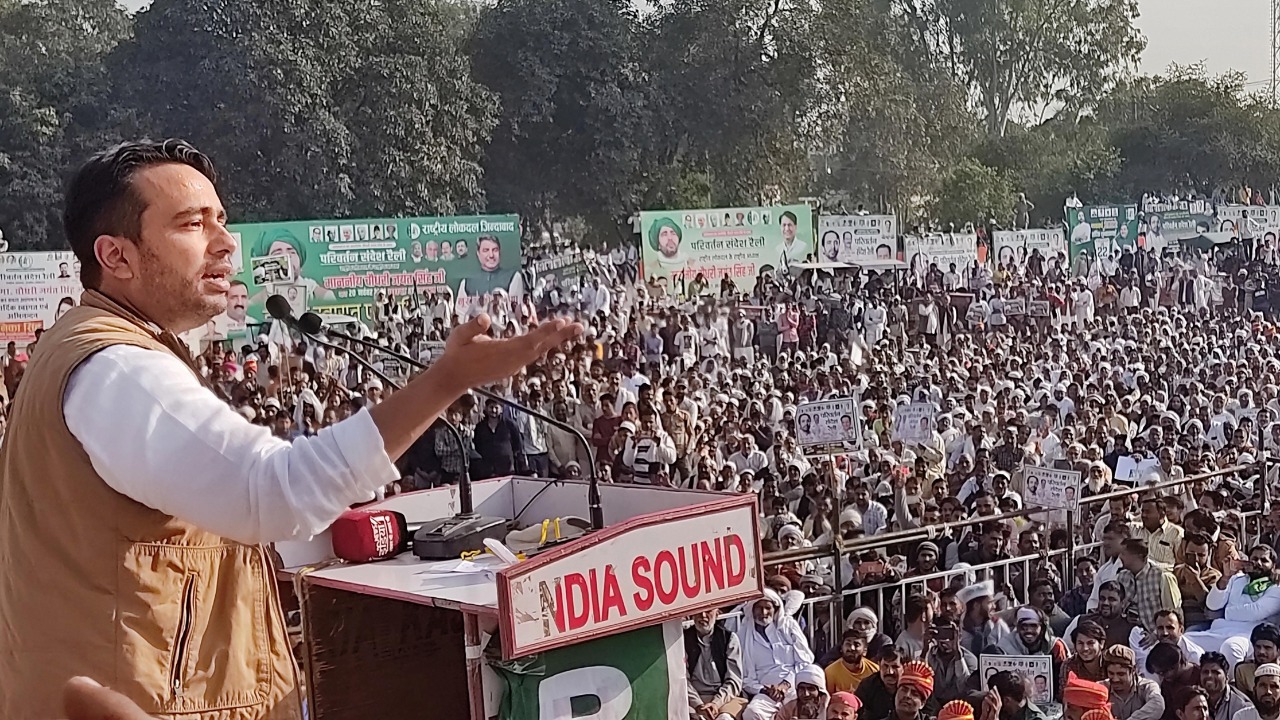