The Bharatiya Janata Party has decided to continue with Pushkar Singh Dhami as the new chief minister of Uttarakhand. The decision to this effect was announced by senior party leader Rajnath Singh on Monday. Dhami will continue in the chief minister’s chair despite losing his election from the Khatima assembly constituency in the recently held polls.

Dhami’s appointment to the post 11 days after the poll results continues to baffle political observers, many of whom believe that everything has not been going on smoothly in the saffron camp. They believe Dhami’s nomenclature to the post once again is an attempt to strike a balance between the various warring factions within the BJP.

His defeat on his home turf of Khatima is being attributed to fighting within the BJP ranks, as a sitting chief minister losing from their home constituency is a rarity - but this is not an aberration in Uttarakhand where previous chief ministers like Nityanand Swami, Bhuwan Chandra Khanduri and now Dhami along with Harish Rawat have lost their elections.

Dhami’s renomination to the post is a deviation from what has come to be known as the ‘Dhumal formula’ in the BJP. It was in the last assembly polls in 2017 in neighbouring Himachal Pradesh that former chief minister Prem Kumar Dhumal, who was being seen once again as the face for the post, was denied the opportunity since he had lost his own election battle from Sujanpur.

On similar lines it was assumed that the saffron party would look for an alternative to Dhami in Uttarakhand. But the leadership chose to go the other way.

Dhami’s election loss had lifted the aspirations of many other leaders in the party. This led to these leaders making the race a keenly contested affair. “The party leadership calling many leaders to Delhi for meetings had given rise to speculations on who could be the new chief minister of this state that has become infamous for choosing new chief ministers in the middle of the terms of the government,” said veteran political observer SMA Kazmi.

Dhami will be the 12th change to the post since the state was created in 2000. Except for the first elected chief minister Narayan Dutt Tewari of the Congress who assumed office in 2002, no other chief minister has been able to serve a complete term in the state which is amongst the youngest in the Indian union.

Amongst those who had been called to Delhi by the BJP high command in the run-up to the announcement were aspirants like former chief minsters Trivendra Singh Rawat and Ramesh Pokhriyal “Nishank”. Then there were the names of former Congress heavyweight who had switched sides ahead of the 2017 polls Sat Pal Maharaj, and Ritu Khanduri who is the daughter of Bhuwan Chandra Khanduri.

“The practice of the party high commands, whether it is the Congress or the BJP, imposing the chief ministers has been the root cause of the state having witnessed so many changes to the post in its small existence,” said another veteran political observer Jay Singh Rawat.

Observers are sceptical and say that going by the previous record there are already questions about Dhami completing a full term in office. Time alone will tell; for now, with his having assumed office barely six months ahead of the polls and leading his party to victory against heavy odds, renomination to the top post comes as a reward.

Sources disclosed that Maharashtra Governor Bhagat Singh Koshiyari, who is known as Dhami’s political mentor, camped in Delhi the last few days was instrumental in Dhami winning the race to the top post once again. It is being felt by many observers that it was the Rashtriya Swayamsevak Sangh that prevailed upon the BJP high command to once again anoint Dhami. Both Koshiyari and Dhami come from an RSS background and the latter has also headed the Bharatiya Janata Yuva Morcha besides having served as Koshiyari’s officer on special duty when he was chief minister for a brief period.

Jay Singh Rawat however feels that Dhami’s path ahead will not be an easy one. “He has made hundreds of announcements since he became the chief minister after replacing Tirath Singh Rawat in the previous government. How is he going to implement them? These announcements included farfetched ones like implementation of Uniform Civil Code. The days ahead are not going to be easy.”

It remains to be seen which seat Dhami contests for his byelection in the next six months. There have been some MLAs who expressed their willingness to surrender their seats for him.

Meanwhile knives are out in the Congress after the party’s loss in the recent polls. Expected to register a victory it came up with a pathetic performance winning only 19 of 70 seats. Party leader and former chief minister Harish Rawat has taken responsibility for the loss, and continues to be targeted by the rival factions. Rawat has reportedly been charged with “selling” party tickets, and is being held responsible for last minute changes in the candidature on some of the seats. Rawat responded by saying that he should be sacked if that was the case.

Rawat has also continued to be defensive over the lie circulated by the right wing ahead of the polls of his having promised a “Muslim University” in the state. The vicious campaign being carried out around the Bollywood film The Kashmir Files has had a multiplier effect on this round of targeting, as he continues to face hate on the social media. Already reeling under the poll loss, the Congress has failed to come up with a counter to the hate being spread against minorities. Instead things have been going from bad to worse for the party. 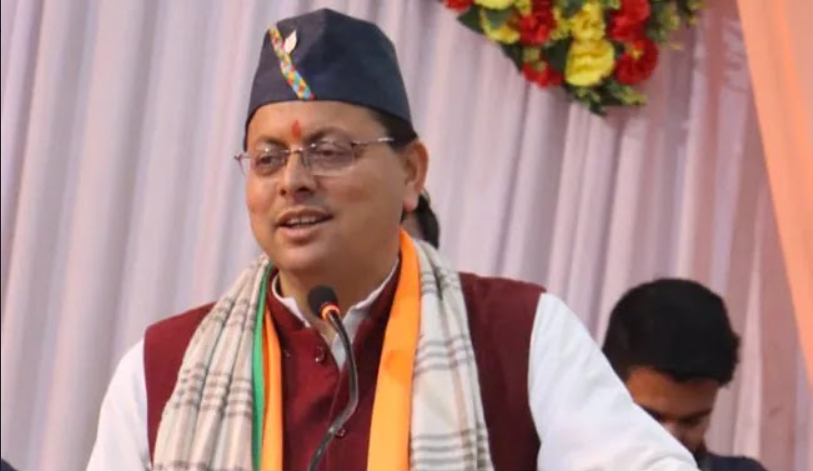