Eight houses were set on fire at Rampurhat in Bogtui village of Birbhum, West Bengal on Monday, killing eight including two children. The atrocity closely followed the murder of the deputy Pradhan and Trinamul Congress Party leader Bhadu Sheikh.

In a statement to PTI, one of the survivors Najira Bibi described that night - “We were sleeping and suddenly heard the sound of bombs, the miscreants set our houses on fire. I managed to escape but don't know what happened to others in the family.” Bibi is currently undergoing treatment at a hospital in Rampurhat.

Eight charred bodies were recovered from the aftermath and bodies of the deceased were sent to Rampurhat medical college hospital, but are yet to be identified. So far, 20 people have been arrested in connection with the case.

Testimonials of eyewitnesses to the tragedy suggest that the perpetrators came in shouting about ransacking the houses and killing the residents. Eyewitnesses stated that they heard 10 bombs going off and that nobody tried to stop the violence that began around 9 PM on Monday and continued into the night. One witness also alleged that firefighters who arrived on the scene were stopped from dousing the fire.

Manoj Malaviya, the acting DGP of Bengal Police said that the situation is under control and a police picket has been established in the village since Tuesday night. The police are now investigating whether or not the violence had any connection to the death of the Pradhan since it “appears to be due to a deep-rooted personal enmity." A Special Investigation Team has been set up to probe into the issue, and is being led by Additional DGP Gyanwant Singh.

However, the TMC in Birbhum has denied that the arson had any political motivation. According to a PTI report, Mamata Banerjee said, "Not justifying the Birbhum killings, but such incidents are more frequent in UP, Gujarat, Madhya Pradesh, Bihar and Rajasthan.”

Mamata Banerjee is on a visit to Rampurhat village today to meet the families of the victims and visit the family of the deceased TMC leader. The Calcutta High Court on Wednesday took cognizance of the incident and asked for a detailed report on the matter from the State government, giving them until 2:00 PM on Thursday, March 24.

A delegation of nearly 55 MLAs visited Rampurhat on Wednesday. The Opposition leader Suvendu Adhikari called for an investigation by the NIA or CBI, stating that the SIT is still a part of the state police and that the President’s rule is the only way to save Bengal.

In a virtual address at Kolkata’s Victoria Memorial on Wednesday, Prime Minister Narendra Modi said, “I am pained by the violent incident in Birbhum, West Bengal. I express my condolences. I hope that the state government will definitely punish those who commit such heinous sins in Bengal… I would also urge the people of Bengal to never forgive the perpetrators of such incidents and those who encourage such criminals. On behalf of the central government, I assure the state that whatever help it wants will be provided so that the criminals are punished at the earliest.”

In a letter to the Union Home Minister Amit Shah seeking his intervention in the matter, the BJP wing in Bengal called the incident “unabated post-poll violence and deteriorating law and order situation in WB.” The BJP and the Congress have called for President’s Rule in Bengal. 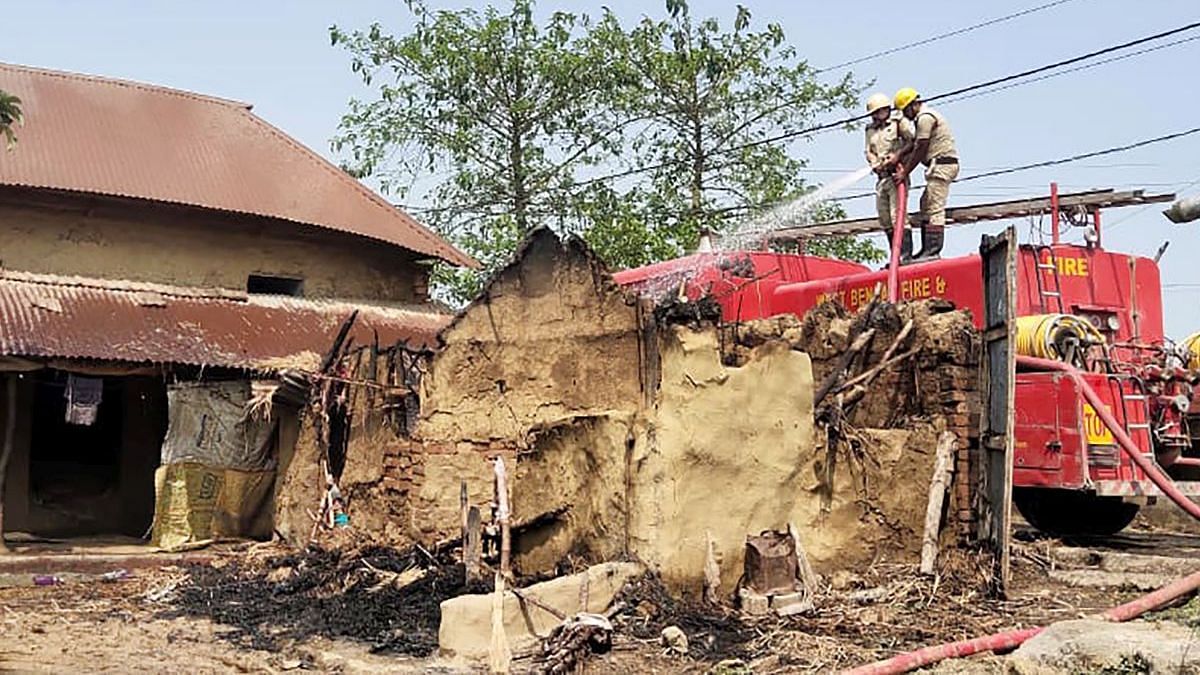