Is AAP the Viable Third Alternative Himachal is Looking For?

Time may be ripe for a third option in the state

Having swept Punjab in the recent assembly polls, the Aam Aadmi Party is now eyeing the poll bound neighbouring hill state of Himachal Pradesh. And recent developments in Himachal suggest that perhaps for the first time a third political force is viable in the state.

Till now the two traditional parties of the Congress and the Bharatiya Janata Party have dominated the political landscape of this small state with 68 members in its state assembly. The electorate has flirted with the third option that kept coming up time and again only to be consumed back by these two political parties. The Left, mainly the Communist Party of India (Marxist) is strong in pockets and has kept on making its mark in carrying forward the people’s struggle but it has had a little success in electoral politics.

Ever since its landslide victory in Punjab where it won 92 of the total 117 seats, the noise around AAP has been getting shriller by the day with reports of people joining the party fold. Its performance in Punjab is bound to have an impact on the immediate neighbour. How much only time will tell.

The party’s national convener and Delhi Chief Minister Arvind Kejriwal is scheduled to hold a road show in Mandi on April 6. He will be accompanied by the newly elected Chief Minister of Punjab Bhagwant Mann. It is expected that some leaders from both the BJP and the Congress might join the party’s ranks during the event.

Both the date and venue of the proposed event have a lot of symbolic significance. April 6 happens to be the Foundation Day of the BJP. Apart from being centrally located, the Mandi district is home turf of the sitting Chief Minister Jai Ram Thakur who represents Seraj in the state assembly. It is also the home ground of leaders like Sukh Ram who had formed the Himachal Vikas Congress in the late 1990s and also Congress veteran Kaul Singh Thakur.

The general perception among political observers is that there is definitely an aura around AAP at this point of time and nobody can stop its advent. All that matters is how well it plays its cards. Observers also say that the ground for growth of AAP is fertile for the reason that both the Congress and the BJP are structurally weak, and the latter now in government and is facing heavy anti-incumbency.

Things are expected to become clearer after the Shimla Municipal Corporation elections scheduled this summer, which are quite often described as the political barometer ahead of the state assembly polls. AAP has thrown its hat into the ring and decided to contest these polls. Observers say that the actual political polarization process will start after these polls.

But still there are many questions swirling around AAP. “After all this is not the first time that the party will be contesting an election in the state. It had contested the 2014 Lok Sabha polls unsuccessfully only to vanish from the political scene afterwards. Then it resurfaced to contest the Mandi and Solan Municipal Corporation elections last year where too its performance was pathetic. Observers also say that the party’s growth trajectory cannot be evaluated through the Punjab election results alone. After all it had also contested the Uttarakhand assembly polls held alongside Punjab where it came a cropper,” said an observer requesting anonymity.

AAP will have to work out a formula taking care of the regional and caste equations in the state. Himachal Pradesh is second to Punjab in the share of Dalits at around 25% of the population of the state. Their share goes further up in certain districts. The caste balance is otherwise dominated by Rajputs who account for almost 33% and Brahmins at 18%. The Other Backward Classes account for 13.5% and the Schedule Tribes 5.7%. Of the 68 seats, 17 are reserved for the historically unrepresented Schedule Castes and three for the Schedule Tribes.

Then there is the regional divide in terms of upper and lower Himachal or old and new Himachal (areas merged from Punjab after reorganization in 1966). The parties have often tried to balance things by giving representation to both regions in their respective organizations and in the government when in power. Upper Himachal has been a traditional Congress bastion while the BJP has had a strong base in the lower districts of Kangra, Hamirpur and Bilaspur.

It was in 2017 that Mandi emerged as the new power centre of Himachal politics when the BJP swept the seats in the district. With the party’s chief ministerial face Prem Kumar Dhumal losing his battle on Sujanpur seat, the saffron party had anointed Jairam Thakur to the post. With the demise of veteran leader Virbhadra Singh, it remains to be seen who emerges as his replacement in the Congress.

It is being felt that AAP will be on the lookout for leaders coming from the two main parties. The general perception is that those not hopeful of getting tickets to contest the forthcoming polls will jump over to AAP. But the party will need a credible face to lead it into the poll battle and it certainly will have to keep tainted leaders from the BJP and the Congress at bay.

The first attempt to create an alternative in Himachal was in 1972 when the Lok Raj Party was launched and went on to win two seats in the polls held that year. Thereafter the Janata Dal won 11 seats in 1990. In 1998 it was Sukh Ram whose Himachal Vikas Congress, floated after his departure from the mother party, won five seats to later enter government in alliance with the BJP. And in 2012 the Himachal Lokhit Party was floated by a breakaway faction of the BJP but managed to win just one seat.

The AAP government in Punjab has taken off with some popular decisions coming from Bhagwant Mann like the withdrawal of security cover from 122 politicians, launching an anti-corruption helpline, announcing one uniform pension for legislators and regularization of a large number of public employees.

The party however has drawn flak over the candidates sent to the Rajya Sabha. These developments are being watched keenly by the politicians and people of Himachal. AAP’s entry with a bang into the hill state has definitely put the BJP and Congress leaders on tenterhooks. A lot of political drama is set to unfold as the AAP moves to expand its footprint. 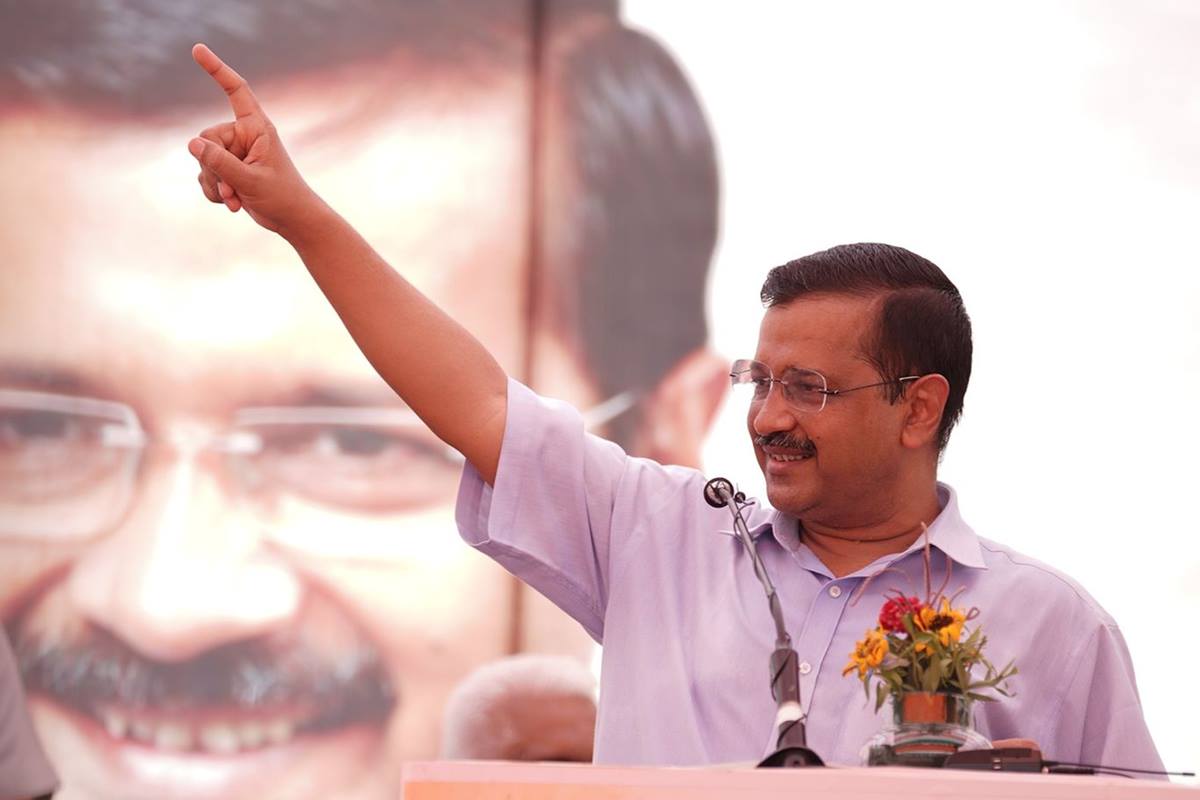