BJP Gets a Head Start in Gujarat

Inflation and unemployment remain a worry

Long known as the ‘laboratory’ of the Sangh Parivar, Gujarat saw a political experiment being carried out by the Bharatiya Janata Party in September last year with barely 14 months to go for the 2022 assembly polls. Chief Minister Vijay Rupani was replaced by Bhupendra Patel and so was the entire cabinet. The change was aimed at wiping out whatever anti-incumbency had gathered steam in the last four years. It also defined the BJP’s return to the Patel stable, with the economically and politically powerful community accounting for approximately 12% of the electorate.

Then just a day after the Saffron party registered another win in the all-important Uttar Pradesh assembly elections, along with Uttarakhand, Goa and Manipur, Prime Minister Narendra Modi put the BJP into top poll gear in his home state by holding a road show from the Ahmedabad airport to the BJP headquarters in Gandhinagar.

Both these episodes leave a lesson for the others aiming to contest the forthcoming Gujarat polls on how to contest elections in the present day.

The BJP, according to observers, has made a head start in Gujarat. While the party stands comfortably placed as of now, it has not been sitting smug, as can be seen in the manner that its foot soldiers have been activated over the last few weeks. Besides the activation of its rank and pro-file, there have been special events of its information technology and social media cells. Sources say that the footfall at RSS gatherings is also on the rise.

The polls will be quite different this time with more players in the ring. The Aam Aadmi Party will be contesting across the state. Even Asaduddin Owaisi’s AIMIM will be in the fray. The Congress will obviously be the other main contender along with the BJP.

Observers say that the entry of two new players works to the advantage of the BJP, as the opposition votes will be divided while the BJP benefits from its strong cadre and voter base in the state.

AAP recently launched its campaign from Ahmedabad, as its national convener and Delhi chief minister Arvind Kejriwal along with its Punjab chief minister Bhagwant Mann carried out an impressive road show from Nikol to Bapunagar, both working class dominated localities. The leaders touted their model of education and health reform besides their claims of wiping out corruption.

The Congress too has sounded the bugle by launching an ‘Azadi Gaurav Yatra’ from Mahatma Gandhi’s Sabarmati Ashram to Rajghat in Delhi, commemorating 75 years of Independence and reiterating its role in the freedom struggle. The 1,200 km long march aims at connecting with the masses ahead of the assembly elections due in December.

Like the last polls however, once again it will be the national leaders leading the charge for the state units of their respective parties.

In the last elections the Congress had managed to increase its tally to 77 while the BJP had to contend with 99 seats in the house of 182. The remaining seats were won by independents, the Bharatiya Tribal Party and the Nationalist Congress Party. This was the highest tally achieved by the Congress since 1985, when it established a record under the leadership of Madhavsinh Solanki winning 149 seats. That record remains unbroken despite the wide support base since acquired by the BJP.

It is widely expected that the BJP will improve its tally in the forthcoming polls.

“There are many reasons for this. Unlike the last time when there was a lot of unrest among the farmers, particularly in Saurashtra region that sends almost one third of the assembly strength, on account of cotton and groundnut remunerations the situation this time is to their benefit. Secondly, the Patel unrest factor following the Patidar agitation under Hardik Patel who later went on to join the Congress stands neutralized,” pointed out Suresh Samani who is a veteran political observer based in Rajkot.

The Congress had done extremely well in rural parts of the Saurashtra region and north Gujarat in the last polls. It was the urban support base, a sweep in south Gujarat and its booth management that won the day for the BJP.

Samani further anticipated that whatever share of votes the AAP gets will come mainly from the Congress kitty. “Although it remains to be seen whether AAP manages to convert the vote share into seats, but it will damage the Congress. Same is the case with AIMIM that has already registered its presence in the local body polls, in the Muslim dominated pockets like Modasa and Godhra besides urban areas like Dani Limda and Jamalpur in Ahmedabad.”

Another observer based in Bharuch and with a keen eye on the ground told The Citizen, “There is nothing official about it yet but the talk in the BJP circles is about new faces, including a large number of youth, being fielded on a large number of seats. The organization feels that this helps maintain continuity in the party and also boosts the morale of the workers, who see a future for themselves. If this experiment succeeds the BJP plans to replicate it elsewhere also.”

Asked about south Gujarat where AAP stunned everyone a year ago by winning a substantial number of seats in the Surat Municipal Corporation polls, he said, “AAP’s biggest challenge in Gujarat remains of giving a known credible face. Besides, the BJP has tried to address its shortcomings in the region by making CR Paatil who belongs to the region its state president. The Tribal belt at this point appears to be divided over support to the Congress, the BJP and the BTP.”

But AAP has a strategy of fielding middle class candidates and driving its poll campaign through a strong centralized unit.

Observers say that the biggest challenge for the BJP in these polls will be inflation, which is making most voters restless. This is precisely the issue that the Congress has been trying to rake up along with that of unemployment, through party leaders like Jignesh Mevani. Things like the increasing cost of cooking oil and other essential commodities have the potential to become major political issues in the state. And since they are ongoing problems they cannot be blamed on Rupani’s regime, which had drawn a lot of flak for its mishandling of Covid19.

Parties opposed to the BJP will also rely on the own goals the saffron leaders are known to score. Already mired in controversy is state education minister Jitubhai Vaghani, for his reported statement asking people critical of Gujarat’s education system to leave the state. Ironically his own son was caught cheating in his college exams in Bhavnagar in 2019. Hindutva leaders had also drawn public ire over attempts to target restaurants and roadside eateries selling eggs and other non-plant food some months ago.

One thing is for sure, that the narratives spun during Gujarat polls have a far reaching impact. This time too, a lot of verbal fireworks are expected down the line. 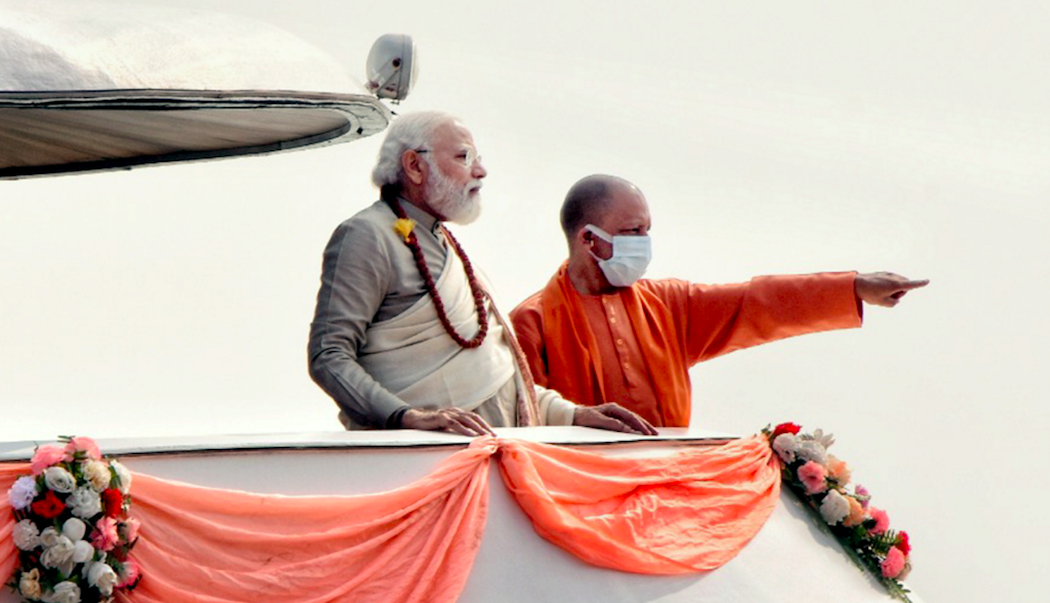