Amid Scams, Flurry of Foundation Stones Laid in Himachal Pradesh

Already battling anti-incumbency, the Bharatiya Janata Party’s problems continue to multiply in the poll bound hill state of Himachal Pradesh. The party will be going into the election battle led by Jai Ram Thakur towards the end of the year, when polls are also due in the fortress of Gujarat.

Himachal has had a tradition till now of choosing alternate governments under the Congress and the BJP. With communal polarization so far non-existent in the state, BJP leaders are already facing an uphill task when it comes to facing people on issues like employment, healthcare and inflation.

To make matters worse, developments in the recent past have brought a lot of embarrassment to the state government. Primary among these was the leaking of the question paper for the police constables’ recruitment exam that was due to be held in March.

The scam became a potent weapon for the opposition as amidst the employment crisis more than 75,000 youngsters had reportedly appeared at 81 centres in 11 districts with just 1,700 vacancies on offer. It was being played up as the biggest recruitment drive since the disastrous lockdown. Reports said some candidates had shelled out Rs 6 to 8 lakh to obtain the question paper.

Chief Minister Thakur went into immediate damage control mode ordering the cancellation of the exam. The matter is being probed by a Special Investigation Team and the police are making arrests. The government has also announced free travel to candidates who intend to reappear for the constables’ exam.

Then there was the strange episode of Khalistan flags being tied to the main gate of the state assembly premises in Dharamshala where the winter session is held. Apart from the flags, the term Khalistan was painted on the wall adjoining the main gate. Police have reportedly arrested one person but it raises questions about security at the assembly premises for which the state government is responsible.

“Those trying to disturb the peaceful atmosphere of Himachal will not be tolerated,” Thakur intoned. Yet both episodes continue to make big media headlines in the state.

The dismal scenario of essential services too finds mention on a daily basis. Primary among these is the non-provision of doctors in various regional and district hospitals.

Recently the residents of Theog in Shimla led by their CPM legislator Rakesh Singha stormed the office of the director of health services protesting against the non-hiring of an anesthetist for the local civil hospital. Public officials had to make a stop-gap arrangement.

A similar instance was reported from Kullu where the representative Sundar Singh Thakur of the Congress and his supporters started a protest at the regional hospital demanding the appointment of doctors for seven vacant posts. The government appointed three, in what the protestors termed a temporary arrangement and an eyewash. Markets in Kullu and Bhuntar witnessed a shutdown on the issue on Tuesday.

There was also a protest by students at the Indira Gandhi Medical College in Shimla against the state government not conducting campus interviews for interns who have completed their one-year internship. Reports say the same is the case with students at the medical colleges in Tanda and Nahan who had enrolled in 2016. Observers say the state needs to enhance its medical cadre.

The months before polls are the most important for any party in office, with the government normally under pressure to complete projects that can be marketed for votes. But officials are also responsible for goof-ups. This was evident from recent reports that an unfinished civil hospital building and a bridge came to be inaugurated by Jai Ram Thakur in Palampur. Reports said the hospital will take months to become functional. Similarly, the approach roads to the bridge over the Lingti Khud are incomplete.

It is also a tradition of sorts that the governing party goes into the mode of announcing new schemes and laying foundation stones. But here too the BJP has been caught with its foot in the mouth.

With the state capital of Shimla expected to hold municipal corporation elections next month, former mayor Sanjay Chauhan of the CPIM disputed the foundation stone laying and inauguration of a couple of facilities by CM Thakur and urban development minister Suresh Bharadwaj saying that these were already inaugurated during the previous regime of Virbhadra Singh.

He supported the claim by circulating old media reports. “It is very tragic that not one new scheme has been implemented in the capital city in the last five years. The town is getting water supply every third or fourth day. What could be sadder?” said Chauhan.

There are also reports that as many as 2,683 primary schools are functioning with just one teacher in the state, and 153 schools not enrolling any students this year.

The government on its part is in sop offering mode. In a recent cabinet meeting it decided to fill 200 posts of Ayurvedic medical officers and 100 posts of Ayurvedic pharmacists in the Ayush department (Ayurveda, Yoga, Unani, Siddha and Homeopathy). There have been announcements coming of upgradation of various education and other facilities, and the foundation stones of new projects are being laid almost daily.

Sources say the BJP will be relying heavily on the charisma of Prime Minister Narendra Modi to deliver in the polls as it did recently in Uttarakhand where a party was returned to government for the first time. Modi’s past engagement in the state as the BJP’s secretary in-charge in the mid 90s will definitely come handy.

Jai Ram Thakur on Wednesday called on Modi in New Delhi and invited the Prime Minister to visit Himachal Pradesh. He urged Modi to hold a national level function on completion of the Union government's eight years in office on May 31 in Himachal Pradesh. He said Himachal Pradesh would be honoured to hold this national level function in which all the districts of the country would participate. He also thanked the Prime Minister for his special affection for the state and its people and expressed his gratitude for supporting the state government in every way.

Party national president JP Nadda who hails from the state too has increased the frequency of his visits to Himachal Pradesh.

The BJP which last time won 44 seats of 68 will have to contend with barbs not only from its traditional rivals the Congress and in certain places the Left but also from the Aam Aadmi Party, which this time has decided to throw its hat into the ring. 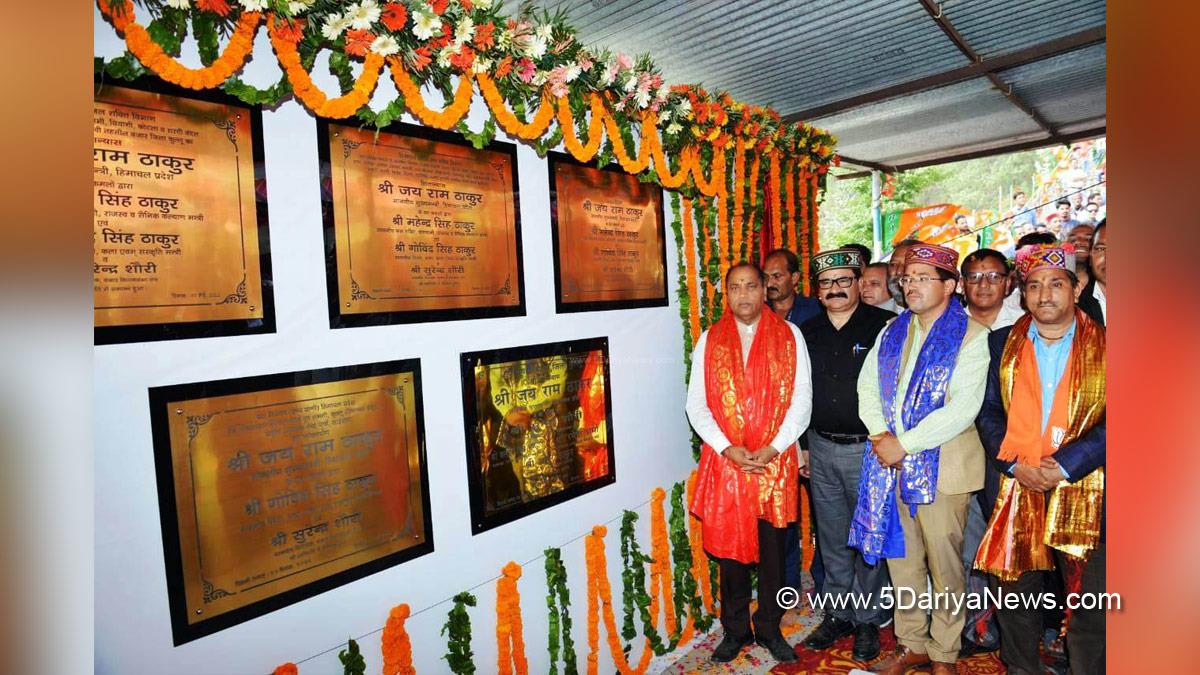