Gujarat’s political parties have entered poll mode full tilt. The BJP and Congress are busy fortifiying their strongholds, while newish entrants like the Aam Aadmi Party and All India Majliseh Ittehadul Muslimeen are busy creating space for themselves for a slice or two of the pie.

These days the AAP is making the maximum political noise. The common man’s party has launched a massive outreach program named the Parivartan Yatra or pilgrimage for change. Its leaders set off from six locations simultaneously on May 15 - Dwarka, Somnath, Abdasa, Sidhpur, Dandi and Umargaon, spread across the length and breadth of the state.

According to party leader Isudan Gadhvi, “We shall hold meetings in all 182 assembly constituencies. We will go among the people to learn about their difficulties and listen to their questions and address their issues. We will also hold a vote to gather public opinion from 10 lakh people… We will debate and discuss crucial topics such as inflation and corruption with the people.”

The party claims to be developing trust among the public through these referendums. Its leaders are taking potshots at the BJP government as they sell their own Delhi Model, picking holes in the schools and health centres in the constituencies of the health and education ministers of the state.

Observers say that AAP events have been fetching decent crowds, whether it was national convenor Arvind Kejriwal’s recent rally in Rajkot, the most important centre in Saurashtra, or an earlier rally in Bharuch where he announced an alliance with the Bharatiya Tribal Party which has two legislators in the assembly.

The AIMIM, all India Muslims’ alliance assembly, too held an impressive show recently in Vadgam in north Gujarat, with its leader Asaduddin Owaisi addressing a massive crowd most of whom were reportedly Muslims. The party will likely contest from seats where Muslims live in substantial numbers, its confidence bolstered by a good performance in the recent civic body polls in various Muslim majority localities in Ahmedabad, Godhra and other towns. But it has also suffered the recent exit of several of its leaders.

Meanwhile the BJP leadership went into a huddle on Sunday and Monday to discuss the forthcoming polls. Besides the top party leadership in the state including state president CR Paatil and chief minister Bhupendra Patel, the event also saw the participation of union home minister Amit Shah.

Sources say the party is concerned about the Adivasi belt which recently saw a well attended Congress rally by senior leader Rahul Gandhi in Dahod. The continuing Indigenous movement to scrap the proposed Par-Tapi-Narmada river link that was recently put on hold is another area of concern.

The BJP also wants to keep a hold of voters from the Koli community, who are a fifth of the electorate and can sway the results in at least 30 seats. The Kolis form a large share of the Other Backward Classes in the state.

Having replaced the former chief minister Vijay Rupani with Bhupendra Patel just a year ahead of the polls, and with the new incumbent keeping a low profile, the BJP will likely depend heavily on prime minister Narendra Modi to deliver once again. The BJP-RSS will be looking at an increase in Modi’s visits to the state and his setting the election narratives.

By removing Rupani and his entire cabinet the party tried to do away with the anti-incumbency that had accumulated in the last four years. Its mishandling of the Covid crisis at the national and state levels was a major concern as people were outraged. The economic distress caused by the lockdown had made things worse.

The party also returned to its ‘Patel stable’ by bringing in Bhupendra Patel, in an effort to further cement its hold on the Patidar community. Besides Modi and Rupani, all the BJP chief ministers in Gujarat have come from among the Patels, a politically and economically powerful community who are about 12% of the electorate.

Above all, the party needs an emphatic win in Gujarat as it would ensure that Modi leads the party in the 2024 parliamentary polls for the third time in succession.

The opposition Congress meanwhile has slowly started gearing up for the coming election, with the recent rally in Dahod and its own national level ‘Chintan Shivir’ (introspection camp) in Udaipur.

Gujarat along with Himachal Pradesh will be the first states where the party is expected to implement the decisions announced. Whether it’s the norm of one ticket per family, or the focus on fielding more youngsters by giving 50% of tickets to those younger than 50, or programs for voter outreach, these two states will be the first litmus test for its new policies.

The party that has been out of office in Gujarat for the last 27 years is mainly focusing on unemployment and inflation as the main poll concerns. It announced a campaign around the question ‘Kyan che rozgar?’ (where are the jobs?) and its leaders have started targeting the state government on the issue, questioning the skill based employment offered in the state.

Zonal meetings of party workers are due in the next few days where responsibilities will be delegated to the party leaders. Reports say the Saurashtra zone will meet on May 19 and the South zone on May 21.

The Congress too has been facing the problem of desertions, the latest being Patidar firebrand Hardik Patel, who announced today that he was “taking the brave step” of resigning from the party. Its remaining leaders will have to establish direct contact with the masses to make a good showing in the polls. 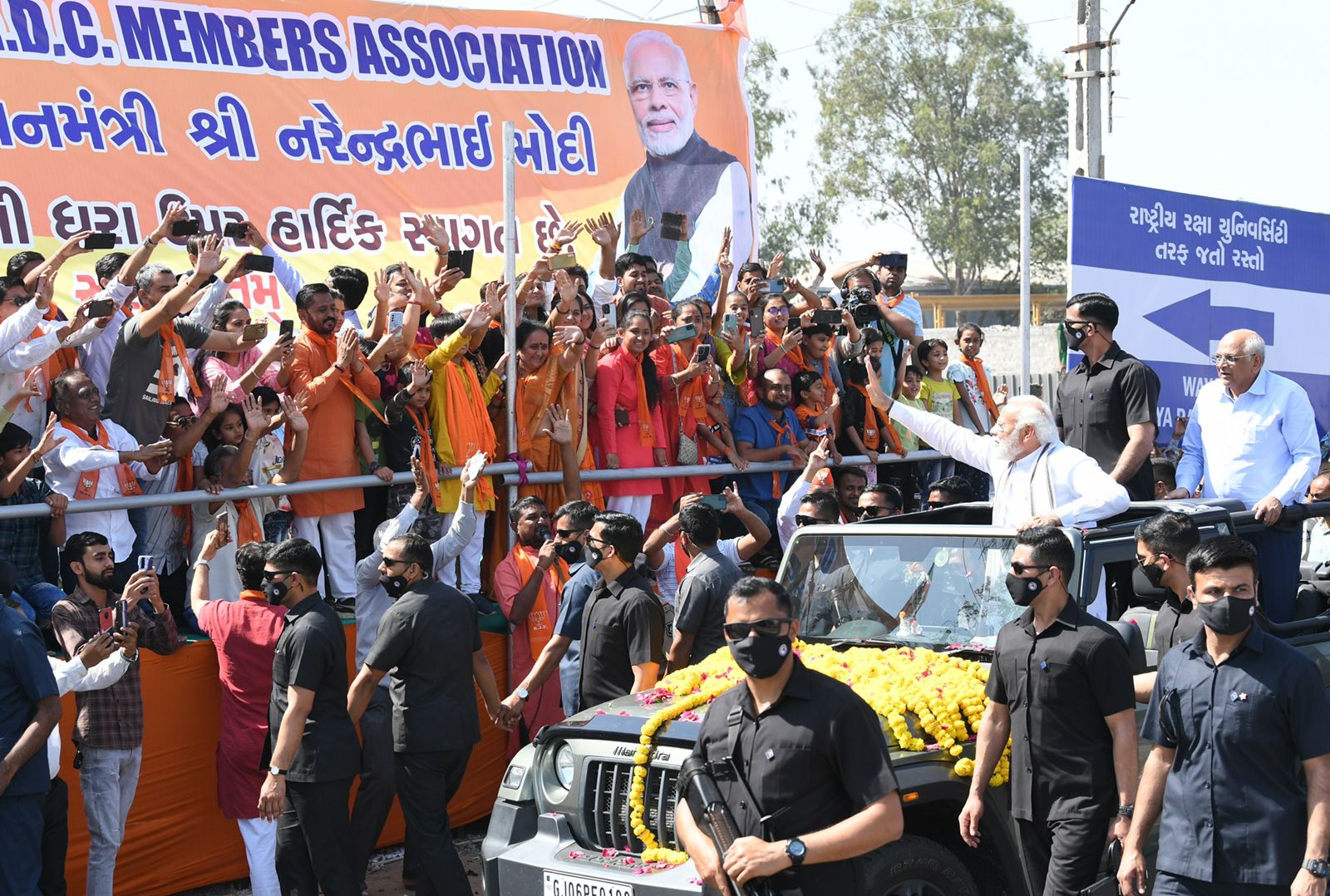