So former Congress leader Kapil Sibal is now on the side of the Samajwadi Party (SP). This is a win-win situation for both the SP and leading lawyer Sibal. The SP has fulfilled Sibal’s desire to continue as a member of the Rajya Sabha. It is now expected that Sibal will give all the legal help that SP chief Akhilesh Yadav may need in the future.

A Lakhnawi feels like politics in Uttar Pradesh (UP) is at last waking up: lagta hai UP meiin siasat karwat badal rlahi hai.

For three decades, Sibal served the Congress Party. He quit the party early this week and filed his nomination papers to the Rajya Sabha as an independent candidate from UP. Sibal has not joined the SP but remains in the company of like-minded supporters.

Just like he has fought to free senior SP leader Muhammad Azam Khan and bailed him out of jail after nearly two years of imprisonment, Sibal is expected to stand by Akhilesh Yadav. Close associates of Akhilesh and several members of the SP have already suffered raids. Akhilesh does not tire of saying that the ruling party sends the income tax department to UP to fight the elections. There is fear that Akhilesh may be slapped with a court case and imprisonment as well. That is when help from a prominent lawyer like Sibal will be needed most.

It is on the advice of Khan, that the SP decided to support Sibal to retain his seat in the Rajya Sabha.

Khan was slapped with as many as 87 criminal cases of which nearly 84 were registered in 2017 after the ruling party came to power in UP. SP members suspect that multiple criminal cases were filed against Khan to keep him away from electoral politics and in jail forever.

The very popular Akhilesh Yadav may be faced with a similar problem if the ruling party decides to prevent him from strengthening the SP to contest the general elections in 2024.

The 73 year old Khan has been accused of stealing a goat, a buffalo, and of robbing citizens by ruling party supporters. Every time Khan hoped to be released from jail he was immediately faced with a new case. Sibal came to the defence of Khan, and the Supreme Court exercised its jurisdiction under Article 142 to finally grant him interim bail. Sibal continues to represent Khan during his multiple bail hearings in the Supreme Court.

Khan won the 2022 state assembly elections held in UP last March from the Rampur constituency while he was still lodged in Sitapur jail. Khan has been out of jail for a couple of days but he has not attended the state assembly in session.

The assembly session began on 23 May and the budget will be presented on 26 May by the finance minister when Khan is expected to take his seat in the state assembly next to Akhilesh Yadav.

By the time the session ends, the state assembly will have witnessed more than just the budget. Last week, the assembly echoed with unparliamentary language used by none other but the leader of opposition, Akhilesh Yadav. Caught in confrontation with the deputy chief minister Keshav Prasad Maurya on the floor of the assembly, Akhilesh Yadav had mocked Keshav for having lost the last state assembly elections.

He said that the four-lane roads in UP were built by the SP government. When Keshav added that the roads, expressways, metro in the state were not built by money from Safai, the ancestral home of the Yadav family, Akhilesh was angry and he lost his cool. He chose to speak to Keshav in a way that is most unbecoming of a parliamentarian.

Said Akhilesh Yadav, ‘Did you pay for it…for the rations distributed to the people with money given to you by your father…?’

With elections over and won, the ruling party now wants citizens to surrender their ration cards. The district administration has been asked to convey this to every village that only families earning less than rupees two lakhs annually in rural areas, and rupees three lakhs in urban areas are allowed to benefit from the ration card scheme. If illegal ration cards are not returned, the holder will be fined and will be forced to return the ration card.

Those who own a four wheeler like a tractor and a car, cemented house, who pay income tax and who have a license of arms are not entitled to a ration card.

There are protests and some officials who asked people to return their ration cards, were beaten up.

However the UP government clarified that no new order has been issued regarding surrender or cancellation of ration cards in the state. Refuting reports in certain sections of the media, State Food Commissioner Saurav Babu said ration card verification was a normal process which took place from time to time.

He said that baseless reports are being circulated regarding the surrender of ration cards, and new eligibility conditions.

The eligibility of household ration cards was ascertained through an order passed in 2014 and no new changes have been made since then.

Congress workers in Lucknow used the 31st death anniversary of former prime minister Rajiv Gandhi on May 21 to plan a road map for the general elections in 2024.

President of the All India Professionals, Congressman Tariq Siddiqui hosted a meet where it was felt that the

2024 will be a bipolar contest between the supporters of the ruling party and their opponents led by the Congress Party.

It was suggested that the Congress have pre poll alliances with like-minded parties to prevent division of the anti-ruling party votes.

That the Congress should be seen supporting the Constitutional structure of equality, social justice and democracy and begin sharing its concerns and solutions with citizens in the countryside and in cities, from today.

A Dalit told The Citizen that he did not ask for entry to a temple but wanted entry to a university. He wants to study and to find employment so that he can buy his own rations and a home. 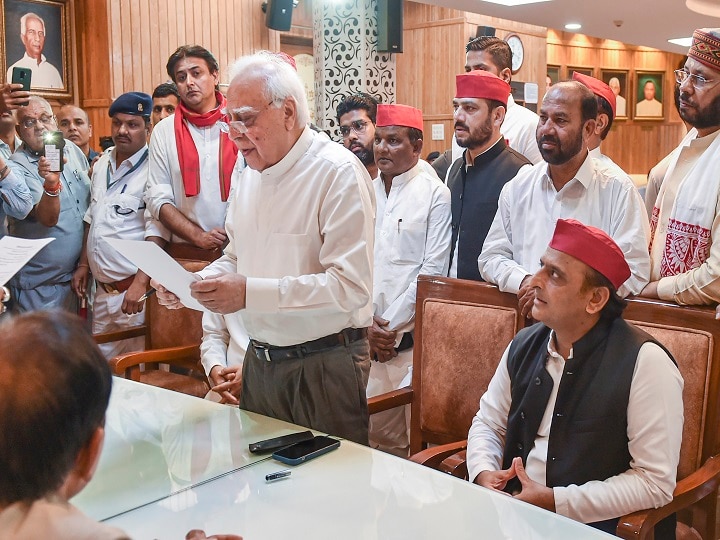