Himachal BJP Relies on PM to Deliver the Votes

‘It is their right, and not alms’

The Bharatiya Janata Party is all set once again to approach voters in pollbound Himachal Pradesh with its narrative of a ‘double engine sarkar’, whereby the centre favours states governed by the same party. And by now it’s pretty clear that it is the engine in New Delhi and not the state that is expected to take the train to its destination.

This became evident when Prime Minister Narendra Modi sounded the party poll bugle in his address to the public in Shimla on May 31. Modi used the occasion of the BJP completing eight years in office at the centre to launch his party’s poll campaign in the hill state that is scheduled to go to polls along with his home state of Gujarat this winter.

The party’s endeavour to return to government in Himachal will require a herculean effort for several reasons. To begin with the state with its highly literate and politically well aware electorate has a tradition of alternating between the BJP and the Congress. It offers little scope for caste or religious polarization, something that has been worked to the BJP’s advantage in several states over the last few years. Then there is the anti-incumbency being faced by the Jai Ram Thakur led state government, particularly on the issues of unemployment and inflation coupled with scandals blowing up in its face. There is also the factor of the Congress moving ahead under a collective leadership.

Despite all this the BJP has to its advantage an extremely efficient micro management network right up to the locality levels. In addition the party has its national president JP Nadda coming from the hill state which has also been the professional turf of Modi in the past.

That the party will be banking heavily on Modi’s charisma and on claims around the central government schemes along with narratives churned out at the national level on issues like national security was evident from Modi’s speech on Tuesday. He played up the central initiatives to the hilt while launching a frontal attack on the Congress, conveying the impression that until he assumed office in 2014 nothing had gone right for the country. It needs saying he did not utter a word on issues like spiralling inflation or the police recruitment scam that continue to make headlines in the state.

Modi lamented that before 2014, the earlier government had considered corruption an essential part of the system. Instead of fighting corruption, the government had succumbed to it as the country watched money allocated to various schemes being looted before it could reach the needy. He said the ‘trinity of Jan Dhan, Aadhaar and mobile’ had now ensured that the money was reaching beneficiaries directly in their Jan Dhan bank accounts.

He further claimed that his government had removed some 9 crore ‘fake beneficiaries’ drawing benefits from various schemes and had plugged a loss of Rs 2.25 lakh crore.

He said, “I am prime minister when I sign a file. The moment it is done I become a member of the 130 crore Indian family. I am their pradhan sevak” (servitor in chief).

He claimed further achievements under the Ujjwala scheme that provides LPG gas connections to every home, claimed to have made India free of open defecation, to have extended health benefits under the Aayushman Bharat subsidy for private health insurers, and repeated his program to provide every household with tap water.

Modi praised the Jai Ram Thakur government claiming it was first to administer both rounds of vaccine doses in the country. He observed that the pharmaceutical hub of Baddi had played a major role in the supply of medicines alleged to combat the coronavirus disease.

Addressing the all-important voter segment of ex-servicemen in the state, he claimed that the BJP government had implemented the ‘One Rank One Pension’ program and given all arrears owed to veteran servicemen.

Before his address, Modi had addressed the ‘Garib Kalyan Sammelan’ (convention for the welfare of the poor) from the same venue that was organized in state capitals, district headquarters and Krishi Vigyan Kendras across the country. He also released the eleventh instalment of the annual benefit of Rs 6,000 under the PM-KISAN scheme that he claimed had transferred Rs 21,000 crore to over 10 crore farmer families in the country.

Chief Minister Thakur for his part claimed that Himachal had benefitted from Modi’s benevolence having got central benefits worth over Rs 10,000 crore the last four and a half years. He said the state’s special status had been restored due to which it was now getting financial assistance in the ratio of 90:10 for various central schemes.

Meanwhile the opposition parties and certain segments of voters came out saying that Modi disappointed them by not announcing any new package or incentive for the state while keeping mum on all the unfulfilled promises made over the last eight years.

Former Shimla mayor and CPM leader Sanjay Chauhan stated, “He had talked about curtailing inflation, creating two crore jobs, minimum support price for every crop and increasing import duty on apple to 100% in 2014. There was no mention of these in his speech marking eight years in power. The crises of unemployment, inflation, agriculture and horticulture remain at their peak.”

State Congress president Pratibha Singh accused Modi of once again disappointing Himachal residents. She said the beneficiaries of government schemes had been forcibly mobilized for the programme organized at Shimla, and pointed out that the entitlements of government schemes are the right of all eligible people. Using them for political gains and making them public had violated their right to privacy. “It is their right, and not alms,” said Singh.

Sources say the BJP will adopt the twin strategy of getting its central leadership to carpet bomb the state’s political field close to the polls as it did in neighbouring Uttarakhand, and asking the electorate to vote for its core ideological commitments.

The party is right now under fire for the delay in the Shimla Municipal Corporation elections, the police recruitment scam and other scams like the issuing of thousands of fake degrees by a private university. Such things were unheard of in the state before.

With a rookie Aam Aadmi Party also throwing its hat in the ring, the polls ahead will add a new dimension to the traditional battle between the Congress and the BJP. 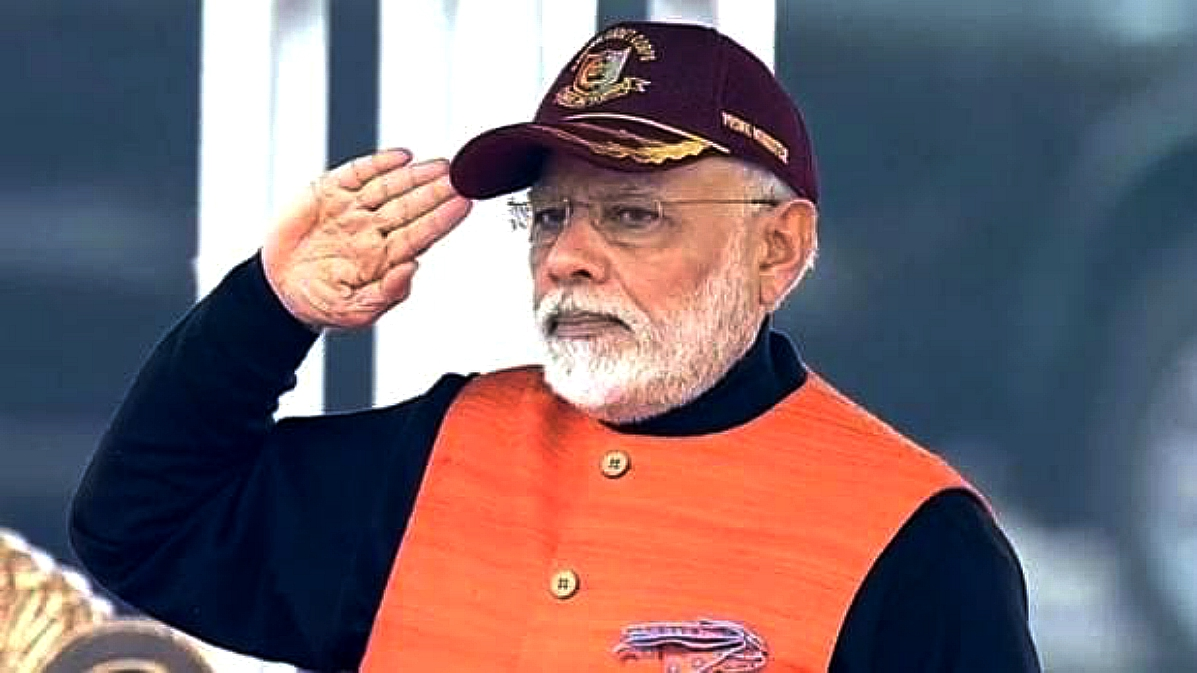