CANNES: May 13, opening day of the Cannes International Film Festival, made it clear that the festival is presenting itself in a new mould.

The stress on glamour is much reduced. The dependence on big Hollywood studio films is not evident. French and European films are the main focus. And women filmmakers are centre stage. The symbol of this years Cannes dominating at all vantage points is in nostalgic black and white is the ravishing face and bewitching smile of Ingrid Bergman. 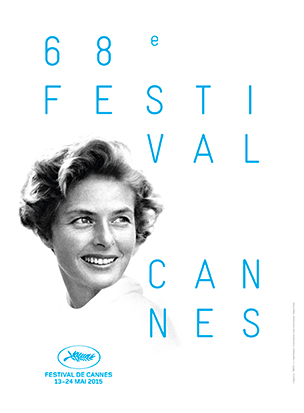 To show that art is for art’s sake, Cannes has forbidden selfies being taken on their august red carpet’s ascending steps.

In recent years Cannes has opened with leading Hollywood blockbusters that brought in spectacle, stars and sponsors, such as “The Great Gatsby”, “Robin Hood” and the “The Da Vinci Code”, culminating in last year’s debacle “Princess of Monaco”, labeled the Turkey film of the year, starring Nicole Kidman as a dolled-up Princess Grace.

This year’s opening film is the more subdued, issue driven , “Le Tete Haute” (Standing Tal), a highly contemporary study of family dysfunction wreaking havoc with today’s violent, rudderless, unloved teenagers. The film brought in mixed reviews but a more respectful overall response. Moreover the film is directed by a relatively unknown woman director, Emmanuelle Bercot. This marks a second time in Cannes history that a woman director has been given the honour of launching the festival. 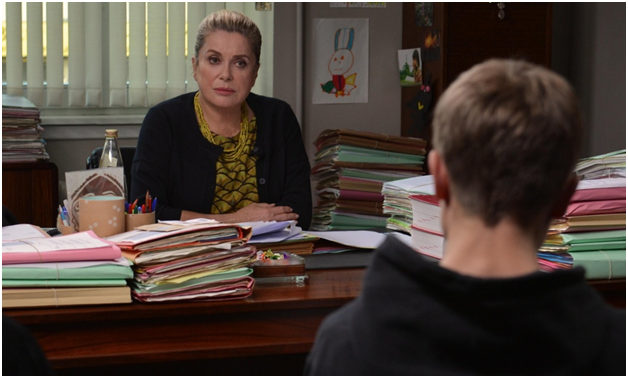 There are a bumper lot of five French films in the 19 films in Competition, with only one that listed as premiere league “Dheepan” from director Jacques Audiard (who has made lauded films such as “Rust and Bone” and “The Prophet”. Thierry Frémaux responds saying that this is a good year for French films, so naturally they are more in number He adds that there are five American films as well and three Italian films in competition..

After enjoying major laurels in the past, Britain has come out poorly, with its sole entry being Asif Kapadia’s feature-length documentary “Amy” being shown in the Midnight section. But Britain does well in the festival’s other sections of Directors’ Fortnight and Critics’ Week.

Cannes was severely criticised for its 2012 edition when there was a close to total absence of women directors in its programming. Besides giving Bercot the honour of presenting the opening film, Cannes is giving another unusual honour to yet another French woman director. It is presenting its rarely awarded Palme d’Or tribute to the veteran director Agnès Varda for her lifelong work.

It is mainly the women, of course, who dominate the famous Cannes red carpet. It is here that the well-known European flair for haute couture paraded by the famous stars. Katrina Kaif was India’s beacon here doing the country proud with her assured deportment and looking gorgeous in a black strapless Oscar de la Renta gown.