Labour Of Love: The Mesmerising Power Of Silence

We live in a world spilling over with the spoken word – simple sentences, biting satire, delightful punning, boring jokes, cheerful camaraderie, ornamental poetry, bitter quarrels, cell-phone threats and romantic whisperings. In this world, silence can work wonders with our lives but we do not realise it because we have lost the art of listening to ‘silence.’ Within this wordy world therefore, a film minus dialogue may create uncertainty of what the silence is all about. Once you watch the very young Adityavikram Sengupta’s debut film Labour of Love (Asha Jaoar Majhe in Bengali), you realise how a film without dialogue can transport you to a different world altogether.

Sengupta studied Graphic Design at the National Institute of Design in Ahmedabad. He later worked at Channel V for three years making promotional films. He then began working on his own project, painting and exhibiting his art works and eventually began to freelance as an ad filmmaker and animator to earn a living. His wife Jonaki Bhattacharya and he decided to make his first film. “I wanted to venture into films because I felt my artistic training – graphic design, painting, etc are intricately linked to cinema which is a rich visual medium which challenges one to toy around with the form and content.”

Labour of Love premiered at the Venice International Film Festival and won FEDEORA Award for Best Film by a Debut Director and two National Awards (Best Film by a Debut director and Best Sound Design). In May this year, the film won three major awards for Best Film, Best Director and Best Screenplay at the 15th Edition of the New York Indian Film Festival. The film was the sole Indian entry in the Cinema International section of the 20th KIFF. Further, it won the Special Mention Award in the New Horizons Section of the Abu Dhabi Film Festival in 2014.The film is slated for theatrical release in India on June 26 at Kolkata, Mumbai, Delhi and Bengaluru.

Labour of Love is the story of two individuals, a young husband and his wife who live in a dilapidated bylane in Kolkata. The husband works in a printing press while the wife is employed in a bag-manufacturing factory. Their work schedules are such that they though they share their lives, they hardly meet everyday. The husband works in the night shift while the wife works in the day shift. The housework is democratically distributed between themselves. The husband does the cooking, the washing, the tiffin, the drying of the clothes and everything else when the wife is at work. The wife finishes off her chores when he is away. The small pockets of time they have together is perhaps when they have a common holiday or between their work schedules when one comes home and the other is ready to step out. 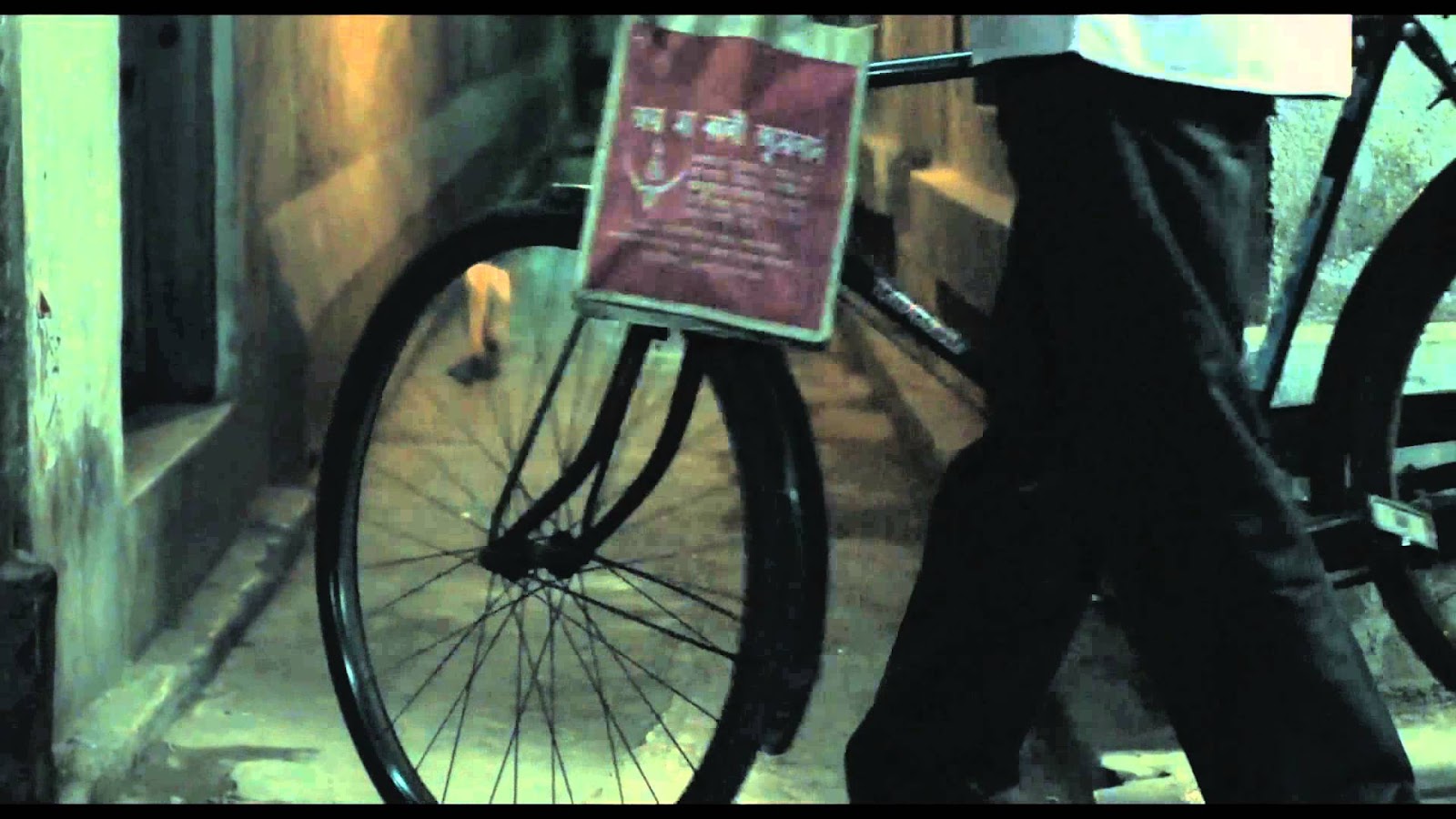 Sengupta has stripped them of proper names perhaps to present them as a microcosm of any young working couple from the lower rungs of the middle-class living in contemporary Kolkata. The minute detailing of mundane household chores also subtly suggest the dilapidated home they reside in where their washing has to be put out to dry on a rope strung across what appears to be a common balcony. The wife captured by the camera from behind as she walks out of the dingy lane to her work place is another example of the director’s attention to detailing.

The lack of dialogue expands the horizons of the subject– how a young couple, trapped in the midst of heightening recession, manages to extract the juice of happiness within this limiting world. The story would appeal to audiences across the globe because the recession has affected all working families struggling against price-rise of essential commodities, rising rate of unemployment and other financial constraints. Small ribbons of news flash across the bottom of the screen frame spelling out the financial realities. The narrative has two layers – one is the story of the husband and wife and the other captures the larger picture of society within which they are eking out a difficult life without losing hope and their love for each other which makes words redundant.

“The decision to make the film without dialogue was not a designed construct. It was organic and evolved as we, as a team, got increasingly involved with the film during making it. There was a sequence with dialogue but the film developed a life of its own, stripping the need for dialogue and we felt we should not disturb it in any way,” says Adityavikram who has made the film on a shoe-string budget produced by his wife Jonaki Bhattacharya under the banner of For Films. “Later, Sanjai Shah who produced Miss Lovely stepped after the first edit stage. “Sanjai was working with NFDC and he extended help with the sales, distribution and film festival participation strategies,” he adds.

But if the film has no dialogue, why does he call it a Bengali film? “It is a Bengali film though there is no articulated language through dialogue. The setting is in the crumbling segments of Kolkata featuring two Bengali characters getting crushed in the recession, their lives as if hanging in limbo. Culturally, ethnically, visually, the film is Bengali. I am a Bengali and I identify more closely with the Bengali identity than with any other,” says Adityavikram. 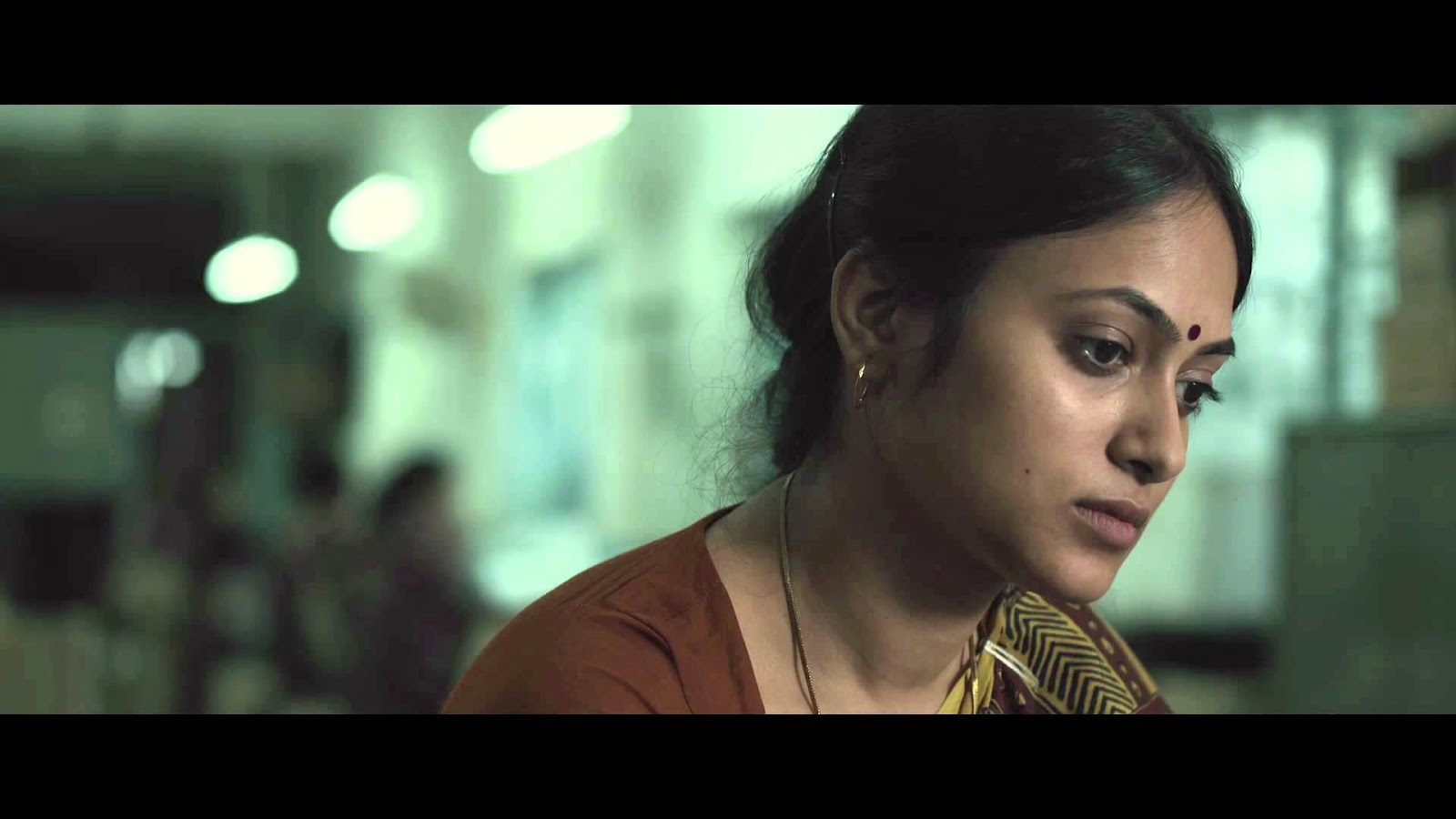 The Power of Silence

“You cannot call it a silent film in the common sense understanding of the term. There is a lot of ambient sound such as voices floating in from outside, old songs playing on a radio, sounds of traffic outside. If you remember Pushpak, it had no dialogue but there were sound effects. My film does not leave space for dialogue. I also want my audience to participate in the film by trying to comprehend, guess, and understand the interaction between the two characters through the film. I know that members of the audience will be able to identify with the characters. In other words, I did not wish my characters to impose on the audience,” says Sengupta.

About the power of silence, he says, “I have seen that communication between people in love can be done without the use of words. We see and read about it everywhere but are not conscious about it. I have tried to create expressions of love through mundane things in life. Did my mother actually demonstrate how much she loved me every day? It came across through small actions and behaviour showing how much thought and care went behind each action, all achieved without the use of a single word. . I want my audience to see how love can be expressed by two people without having to speak at all.”

Ritwik Chakraborty, a noted actor of Bengali cinema known for his amazing range of performances, has played the husband while the wife has been portrayed by debutant actress Basabdatta Chatterjee. Says Sengupta, “I had seen some of Ritwik’s films and found him to be very grounded, unassuming and natural. He has done great work and he suited the character to a tee. My wife Jonaki had seen Basabdatta a long time ago in a television serial and we looked for her. Basabdatta has done an excellent job.”

The graphics flashing as ribbons at the bottom of the frame must be taken as the backdrop of the couple's love story throwing forth the message that happiness is a state of mind and those who wish to take advantage of small fragments of time, can extract that happiness like drops of precious diamonds denied to them for reasons of pure survival. Unless the viewer reads the film along with the graphics, the film might not make much sense except for its tender and moving love story.