Two Institutions, Two Challenges: Chauhan Is Not The Man For FTII

Gajendra Chauhan: not the man for the job

The Film and Television Institute of India, and the Indian Premier League – two institutions, and there seems to be little in common between them – the students of the Film Institute has been on strike for nearly two months, in protest against the choice of Gajendra Chauhan as the Chairman; the IPL carries on, year after murky year, with people far, far worse than Gajendra Chauhan merrily making money – such vast sums of money that to even think about it is a sin.

The Film Institute stands for artistic and intellectual freedom, and a pursuit of excellence – in its existence of over 50 years, it has produced hundreds of both National Awards for its alumni, and also hundreds of such alumni who have graced and uplifted Indian cinema in every way – directors, actors, cinematographers, sound engineers, art directors, editors, writers – I will list at random the first 25 names that come to mind and heart: Mani Kaul, KK Mahajan, Daman Sood, Jaya Bhaduri, Saeed Mirza, Virendra Saini, Naseeruddin Shah, Shabana Azmi, Kumar Shahane, David Dhawan, Om Puri, Mitthun Chakraborti, Rehana Sultan, Shatrughan Sinha, Rajan Kothari, Narindra Singh, Ketan Mehta, Renu Saluja, Vinod Chopra, Pankaj Parasher, Navin Nischol, Sadhu Mehar, Adoor Gopalakrishna, Jalal Agha, Raju Hirani – the list goes on and on and on – I have left out very dear friends, and also many, many others who are working today in every department of Indian cinema.

To have an Institute of this calibre – a dream of Nehruvian vision – with Gajendra Chauhan as its Director is a mistake of epic proportions – not because Gajendra Chauhan is a bad person, or incompetent, or from a certain party or a certain religious point of view, but because he lacks the experience, background, and professional standing so needed to inspire the Film Institute and its students – it is not by chance that the strike is happening when there is no Chairman in the Chair – being from the Institute myself, I can only appeal to all concerned to show some sense, some sensitivity, in handling this situation – especially Gajendra Chauhan himself, who must know, in his heart of hearts, that he is not the right person for the job. Artistic and intellectual freedom, and the striving for excellence – are what make a society great – this is what the government, and the students of the Film Institute, must realize.

The IPL, on the other hand – on the very sad other hand – came into being out of two very basic, ugly needs – revenge and greed – and has spread these two needs across the length and breadth of our country when we needed just the opposite. I have attached an article I wrote in 2008 when the IPL started – it states my case in hindsight much better than I can do today. Suffice it to say that Lalit Modi, Srinivasan, Kingfisher, and Sahara India – all the power and money and brains behind the creation of IPL – are today where they are – end of case.

IPL Reduces Art to a Circus

This article was written in 2008 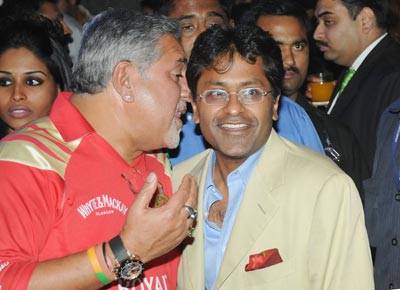 The motivating factors behind IPL (India Premiere League) are greed and revenge – greed to make even more and more money, greed to become more and more powerful; and revenge on Kapil Dev and Zee TV and their ICL (Indian Cricket League) which dared to challenge the supremacy and power of the BCCI (Board of Control for Cricket in India), which is the richest and most powerful ‘board’ in the world –

And nothing motivated by only greed and revenge can be justified – no matter how many cheerleaders dance and how many film stars attend and how many sixes are hit and how may crores are earned; it is as simple as that.

I can hear you saying that entire nations – entire empires – entire eras – have been built on greed and revenge. I will agree – and that is the sadness in the IPL. Let greed and revenge work their horrible ways in the world of politics or religion or business –

Cricket did not need them – or the IPL; cricket was doing very, very well – yes, there were elements of greed and revenge in every match, every contract, every board – but there were also the far deeper elements of tradition and excellence and pride and history and exquisite skill –

Ah! I can hear you saying – but there is skill and excellence in IPL as well –

And there is – but no player is playing for either country or club or even city – they are playing for money, and that is all –

But – enough of this philosophy!

And before you think I am being pompous – just think –

People who know nothing about the sport and art of cricket are not only watching it –- in crores, both financial and numerical – but have now become the reason why cricket is played – they have become the ‘market’, the monster, which will dictate how and when the great sport reaches out to the world – aah! –

We did not need an art-form like cricket to be reduced to a circus – and I say this not only as a great lover of the game; I say this as a person who has always enjoyed the challenge and ‘test’ – pun intended – of both life and art; of both cricket and existence.

We are walking down a path, which can lead only to more greed and revenge ---

Let us sit back and think – for a change.

Ask Dravid and Laxman and Ganguly what they think about IPL – they have just fought their way through two great Test battles – with Australia and South Africa. Does anyone remember that? And how are these giants faring in IPL? – aah –

The ‘third umpire’ in the sky is waiting – and wondering – and worried.