Activists Protest Against Vedanta in London: In Pictures

LONDON: Activists held a demonstration in London outside the venue where Vedanta Resources, the controversial metals and mining company, was holding its AGM recently,

Priyanka Borpujari who attended the demonstration captured the protest on camera for The Citizen. Some of the photographs appear below. According to her there was a huge balloon marked as Vedanta and two men dressed up as Vedanta owner Anil Agarwal and CEO Tom Albanese. Protesters threw bananas at these figures, to shame them, and as shareholders walked into the AGM, protesters heckled them by screaming "Shame on you". The demonstration generated much noise in the area, but it was peaceful, in the presence of several police personnel.

Vedanta, it might be recalled, has run into considerable trouble with rights activists in Odisha. Its project in the Niyamgiri Hills are said to have threatened the lives of the Dongria Kondh people who live in this area. Local Indian and international organisations including Survival International, Amnesty International and Niyamgiri Surakshya Samiti have strongly criticised this, with the company drawing opposition from the authorities in both India and the UK as well.

The photographs say it all 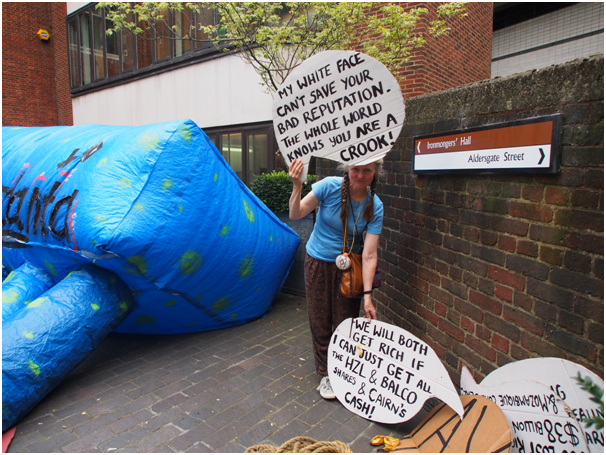 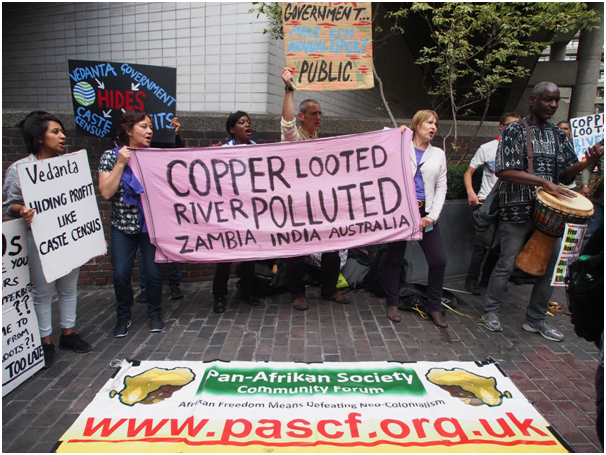 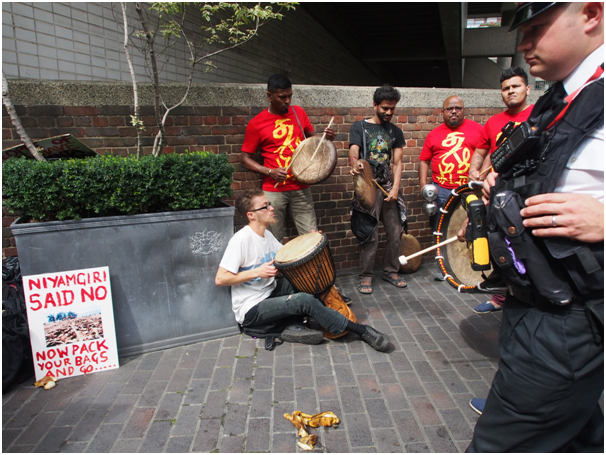 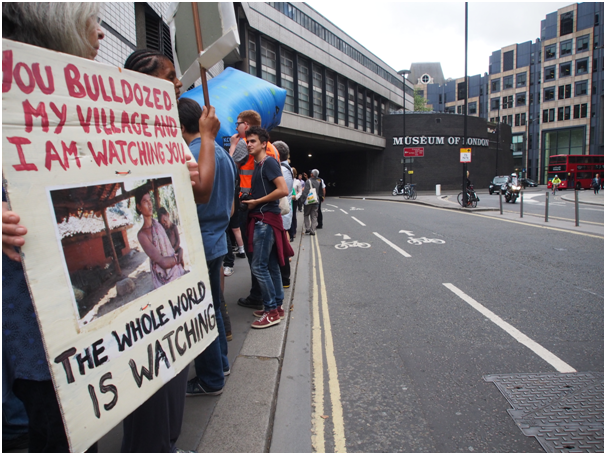 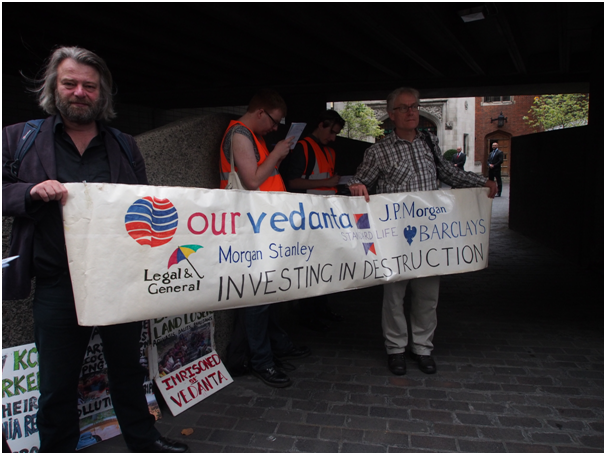 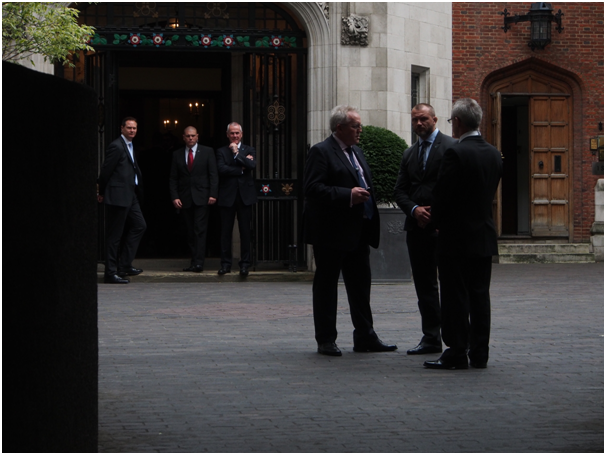 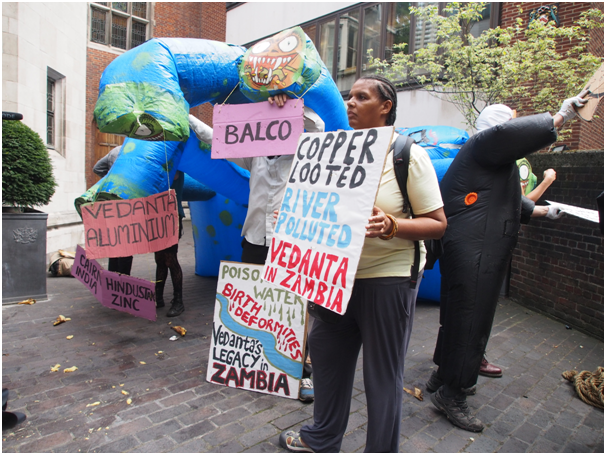 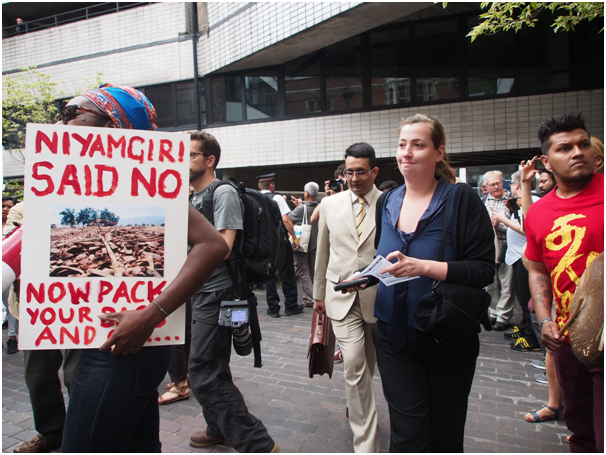