The sought-after Palm Springs International Film Festival (PIFF), held January 1 to 11, is valued for its proximity to Hollywood and its first-time screenings of the line-up of recently announced Oscar contenders. The valued festival has given two of its coveted awards to Indian films – both rooted in the lives and aspirations of those reaching outwards from within the heartland of India.

‘Umrika’ (Hindi) and ‘Thithi’ (Kannada) have been lauded earlier at international venues and found windows to distribution abroad. The prestigious win at PIFF, a festival strongly representative of American cinematic tastes and standards augers well. It will help the prospects of both films entering in the difficult to access mainstream theatre chains in the US. 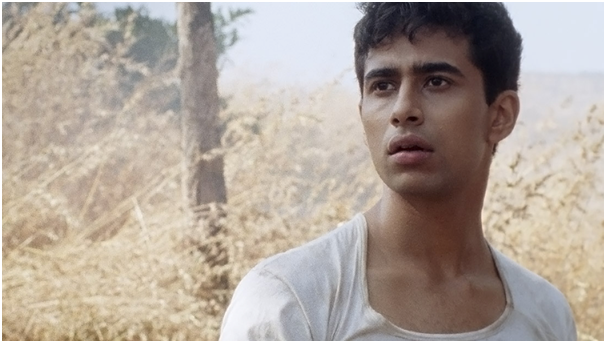 The Palm Springs International Film Festival is one of the largest film festivals in North America. Screening mainly new and celebrated international features and documentaries, the festival had 135,000 attendees last year. PIFF is also known for its annual Black Tie Awards Gala, honoring the best achievements of the filmic year by a celebrated list of American talents.

‘Umrika’, Prashant Nair’s second feature following his engaging ‘Delhi in a Day’, has a cast led by international names: Suraj Sharma (the lead of Ang Lee’s 'Life of Pi') and Tony Revolori, (the bellboy from 'The Grand Budapest Hotel’). Both talents blend expertly into Nair’s controlled understatement as he observes the rigours of village life and the seemy side of Mumbai. The film starts in a farming village where the restless Udai (Prateik Babbar) finally leaves his poverty defined life to reach the magical shores of America. His mother receives glowing reports of his life in the US in letters that are read out to the whole village. His younger brother Ramakant (Suraj Sharma) realizes on his father’s death that the letters are a hoax. Going to Mumbai to look for the truth behind his brother’s disappearance, he is subjected to bitter lessons himself, specially on the hell-hole his brother is in. The performances keep the narrative on a human plane even while the dangers lurking unbeknown in the bylanes of a big bad city are scary and chilling.

The disturbing reality in ‘Umrika’ is balanced in a way by the gentle, laconic humour of first time director Raam Reddy’s ‘Thithi”. Set in a village in Karnataka, the film follows the death of the irascible Century Gowda (he’s reached the ripe age of 100) and his funeral is planned according to custom until it culminates on the 11th day (called thithi). But his grandson Thamanna now wants a stretch of land that Century owned. The land is in the name of Thamanna’s nomadic, alcoholic son, Gadappa, who just will not listen to anyone on anything. The capers that follow on this absurd chase of aging to younger siblings are both hilarious and yet free-spirited and heart warming