The Hidden Treasures of Gaza

It is the workshop of Nafez Abed, 55, who studies archaeological artifacts in order to replicate them in exquisite detail.

Abed copies antiquities photographed in history books and ones he’s seen during visits to archaeological sites across Gaza, which many a civilization has passed through, as well as in other Arab countries and Europe.

“I started collecting and copying artifacts one year after my release from Israeli prison in 1987,” Abed said. According to Abed, Israel accused him of being active with the leftist Popular Front for the Liberation of Palestine.

“I didn’t study sculpture, but I became an expert in imitation and copying through practical experience,” he added. 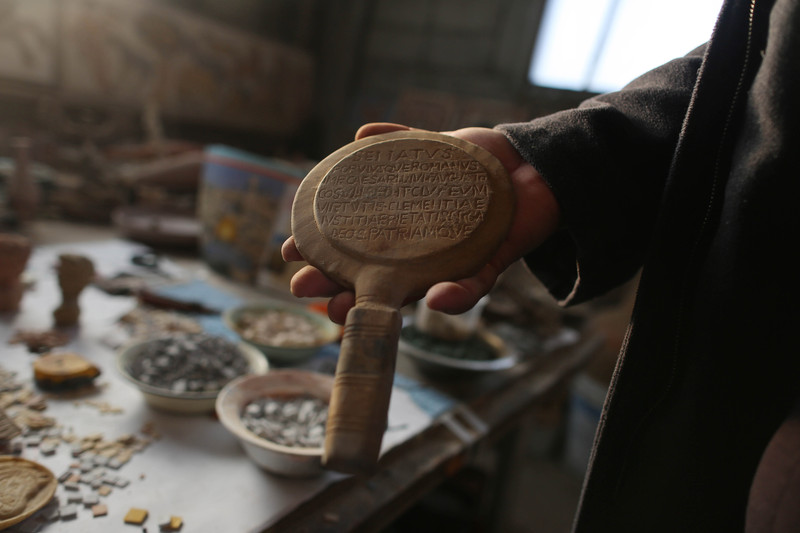 The artifacts he copies range from the Greek to Islamic eras, and include mosaics, coins, buttons and pottery.

“I seek to found a museum to display our heritage and bridge the gap between lovers of heritage and the eras that can never be returned to,” Abed said.

Abed also hopes to impart his skills on the younger generation.

Gaza’s modern situation imperils Abed’s work towards preserving the legacy of this historical gateway between civilizations.

“During the last war, I was terrified for my sculptures; they’re very close to my heart,” he said.

The biggest obstacle to Abed’s work is Israel’s blockade on Gaza, imposed for nearly a decade, which prevents the importation of raw materials Abed needs for his work.

Egypt’s closure of the Rafah crossing — the sole point of exit and entry for the vast majority of Gaza’s 1.8 million residents — isolates the coastal strip from the rest of the world and prevents artists like Abed from exporting and exhibiting their work abroad.

The present conditions in Gaza mean that there is no tourism and no souvenir industry that goes along with it. 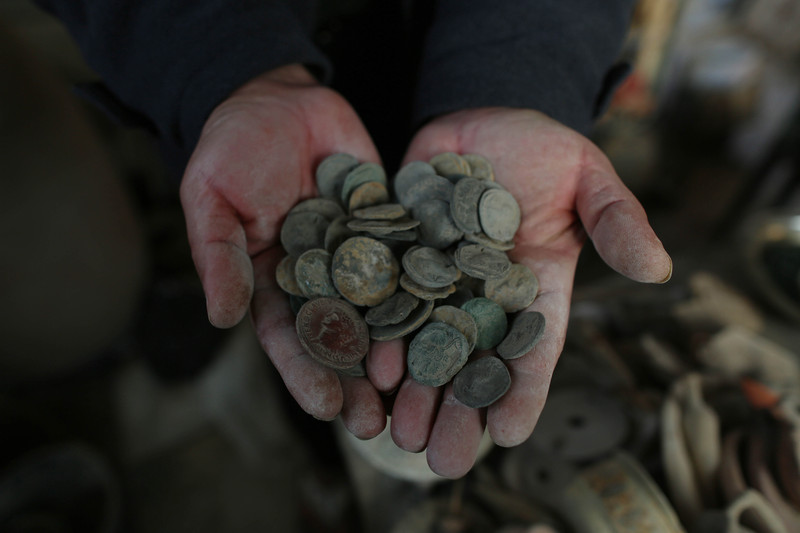 Replica antique coins made by Nafez Abed in his small workshop.

But Abed’s workshop has become a destination for Gaza’s few foreign visitors, as well as Palestinian collectors.

Abed said he was once offered an opportunity with the Museum of Art and History in Geneva but he turned it down so he could concentrate on his work in Palestine.

At the time, Abed explained, he was working for the Palestinian Authority; he was appointed to a position with the ministry of tourism and antiquities by the late Yasser Arafat in 1995.

Abed said he has worked with European experts at archaeological sites in the occupied West Bank, which is inaccessible to most Palestinians in Gaza due to Israel’s severe movement restrictions. He has participated in restoration projects at France’s Louvre and in Switzerland.

“The monuments of Gaza are in danger as a result of the consecutive wars, siege, the limited roles of the responsible authorities, and the lack of societal awareness,” he said.

Israel has damaged and destroyed historical sites and appropriated them to expand settlements and its control over the land. In addition to the threats posed by the occupation, a spokesperson for the tourism and antiquities ministry in Gaza said it did not have enough resources or expertise to restore and take care of the strip’s antiquities.

“Gaza is full of hidden treasures of the great civilizations,” Abed said. “Greater care must be taken for their preservation.”

(Hamza Abu Eltarabesh is a journalist from Gaza.)