IPL, a Blip on the Blot?

MUMBAI: Cricket is a formality, IPL is more of an acronym to social politics, discrimination on the basis of power and the balance between sympathy for the devil and the deprived. The league – with stuffed coffers – is on a low this season due to a chain of events; ICC World Twenty20 held in India (before the franchise-based tournament) unintentionally muted the initial thrill before drought in Maharashtra pushed more than half of the cash-rich league into rough waters.

People in India already witnessed the heroics of international players, including Pakistan cricketers, before the tournament.

The nationalistic fervour played the upper hand which did not lead to state divisions – Kolkata Knight Riders, Mumbai Indians and then, two new inclusions being Gujarat Lions and Rising Pune Supergiants.

Perhaps, India’s victory in the bikini-format of the World Cup could have garnered greater interest in IPL. But experts complained that too much T20 cricket is probably killing the game, and the exhilaration.

“I am disappointed with Indian cricket right now. Cricket is more than just a 20-over game, they need to understand that. England’s contests with India always used to excite me but right now, I don’t know what to say,” Ian Botham lashed out recently during an interaction with Indian journalists at Laureus World Sports Awards in Berlin.

Overdose numbs senses; T20 cricket in India is no less than a drug and Botham is not fully wrong with his statement.

“Australia has an established Big Bash, it’s pretty well fitted in the calendar. England is also alright with a proper set up. Look you can have Twenty20 matches but it cannot be week in and week out. People get bored of it,” he added.

After much hullabaloo, the Men in Blue met Pakistan in India.

The rain-truncated World Cup match saw Virat Kohli guiding the hosts to an easy win but the hype building up to the fixture exhausted the fans before IPL.

They bought flight tickets, match tickets to Dharamshala and then, cancelled it. Why? Hate politics took centre stage and forced BCCI to change venues, disturbing the itinerary in the last minute.

The Eden Gardens (new venue) pitch turned out to be a spinner’s paradise. The aerial routes were blocked by spin webs in the sky. In an Indo-Pak clash, with fans expecting a six-fest, former England skipper Michael Vaughan summed it up with his tweet: “Maybe 80 will be enough.” 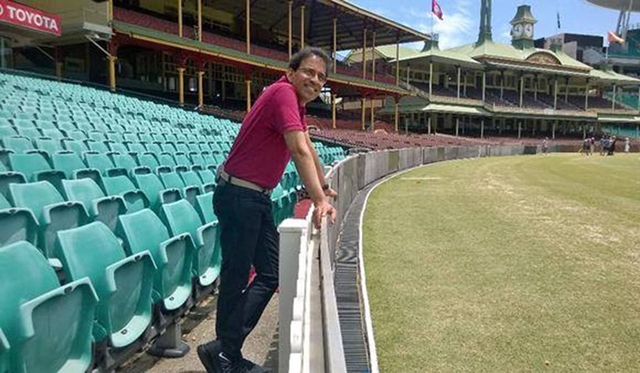 However, after the classy Ian Bishop line in the World T20 final, “Carlos Brathwaite, remember the name,” came a jolt for the Indian audiences.

“I still don't know why I am not doing the IPL. I haven't been told. I can accept the fact that people don't like me. But I genuinely hope it isn't because cricketers have complained about what I have to say,” Bhogle wrote on his Facebook page.

“Another Kohli classic. A line used before, a line to be used again” — who would not want to read them?

Bhogle has been doing his own bit of commentary on social media, much to the delight of his admirers.

But the organisational protocol of BCCI still remains a mystery, both for Bhogle and his audience.

Reports say Amitabh Bachchan’s criticism of Bhogle during the World T20 acted as an enhancer. The film star complained that the commentator spoke too much about international players than our own cricketers.

Bhogle stood by his ethics and maintained that a commentator cannot take sides, he needs to be neutral.

Nonetheless, IPL went on, with new faces along with the old ones, discussing hairstyles, conditioners before toss. 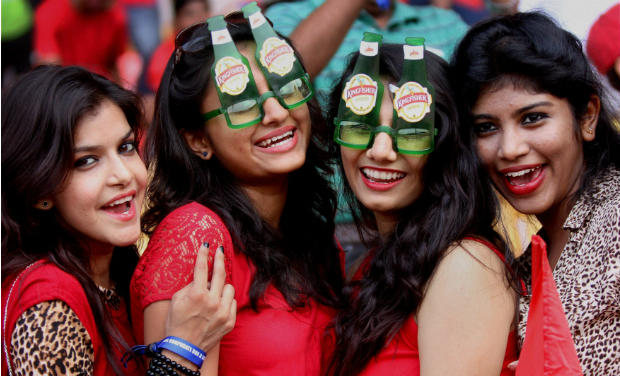 A source close to the official broadcasters, Sony Six, said: “The ratings have been changed from Television Audience Measurement (TAM) to Broadcast Audience Research Council (BARC). Hence, one cannot draw a direct comparison between last season and the ongoing one.”

But The Citizen learnt – from the data provided – that female viewership in the opening week soared up to 98 million across India.

“That is more because of the fandom, good-looking cricketers more than their sport,” said Rashmi Chawla, a college student who is an ardent fan of Kohli.

The Juhu resident went to all matches at the Wankhede Stadium (Mumbai) and the Maharashtra Cricket Association (MCA) stadium in Pune till they had to be rescheduled to a different venue due to the water crisis.

“Most of my friends, who didn’t buy tickets, were glued to the television sets to catch the boys in action. Hardik Pandya, Adam Zampa, Manish Pandey are the hot cakes,” she added.

The data sent to this newspaper also said: “Forty six per cent viewership is from female viewers which make IPL a truly family inclusive event.”

According to the figures, there is a 43 per cent reach in the rural areas, which is a good sign.

“In terms of viewership, IPL is the most watched among the 22-30 year-old age group,” the data added.

So, cricket is only limited to a certain age-group? Gone are the days when a 14-year-old Sachin Tendulkar switched on the television to watch Sunil Gavaskar?

Local vendors, near the Wankhede, suffered enormous losses. The sudden change of venue due to drought hit them hard.

“IPL is like a parallel business for few of us who sell wafers, soft drinks inside stadiums. We earn 40 per cent more than our daily earnings. I personally have no children but there are others who depend on this tournament to buy neat clothes for their little ones. It is sad that the situation is not so rosy this season,” said Atul Marathe, a local trader. 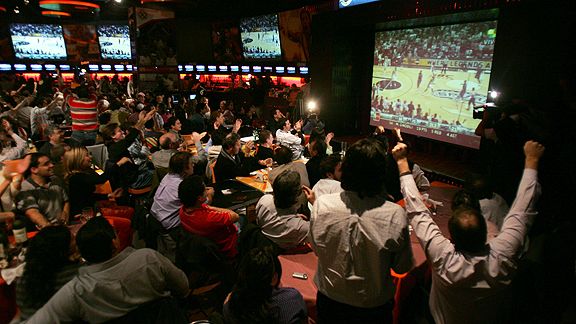 The swanky pubs in the Maximum City who screen IPL matches may not be incurring losses considering there is alcohol but according to few owners, the tinkle is missing this time.

Customers are no longer calling to reserve tables in advance.

“An international tournament always brings in more crowd, specially when it comes to India matches. This year's IPL has been a bit subdued, maybe because of the two new teams and many low scoring matches. Even Mumbai matches are not getting the response as it used to be. It's become too draining to care about.

“The television acts like an idiot box and helps fill in on a dull night. On a weekend, there are more people wanting to watch football matches than IPL,” said Sunil Thakur, a young entrepreneur and the owner of a chain of sports bars in the city.

Cricketers may keep on earning the money but the flavour of the gentleman’s sport – as it is called – seemed to be rolling in the deep.