In an increasingly intolerant world of small leaders, where bigotry has overtaken tolerance, where wars have turned peace into ashes, where hate has eclipsed love and compassion, and where political leaders are winning elections on the basis of corporate media hype where hate speech is passed for ‘nationalism’, The Citizen invites its readers to take a Pause.

And share with us some memories from a fairly recent past, where the world was dotted with political leaders who brought in a vision, commitment and thought into their politics. Some of them were recognised, some were defamed, but they are continue to remain heroes in the minds the people they led.And for their contribution to world political history (just a sample of what was and will let you figure out through these memories, what is): 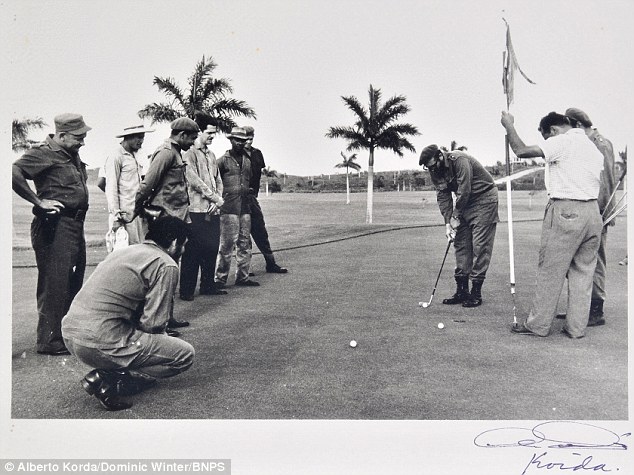 Cuban leader Fidel Castro lines up a putt during his infamous round of golf with Che Guevara in 1961 designed to poke fun at President Dwight Eisenhower who snubbed Castro two years before. This photograph belongs to a rare collection of famed photographer Alberto Korda who put these and some other rare pictures up for sale a couple of years ago. Both Castro and Che had a huge impact on the politics of the age, symbolising resistance to imperialism. 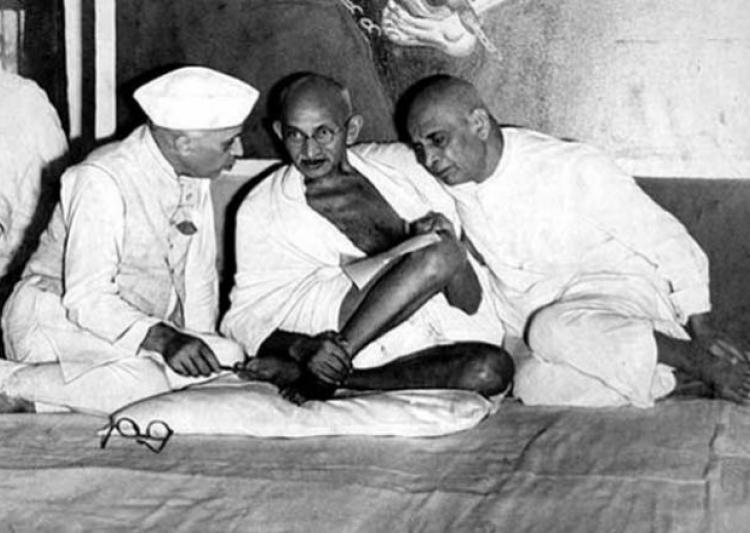 Gandhi, Jawaharlal Nehru, Sardar Patel: three great leaders with a differing political vision but who demonstrated, perhaps more than others, their intellect and determination to free India of the British yoke by providing a united leadership when the country needed it most. All believed in Gandhi’s doctrine of non-violence, had little time or empathy for religious fundamentalism, and worked through their differences to lead India to freedom. There was no ‘other’ for them, as they worked together to establish a free and independent India for all. 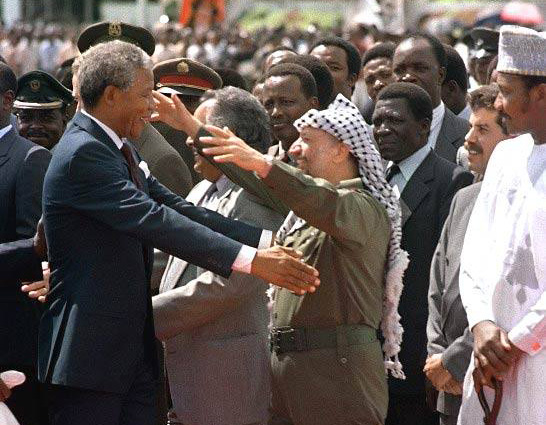 Two great world leaders Nelson Mandela and Yasser Arafat, both fired by a dream for their own free homeland. Mandeal succeeded, Arafat died with his dream in pieces around him but did not take away from the respect and love the two had for each other. Mandela fought apartheid with Gandhi’s weapon of non-violence, Leaders of substance, commitment and rare courage. 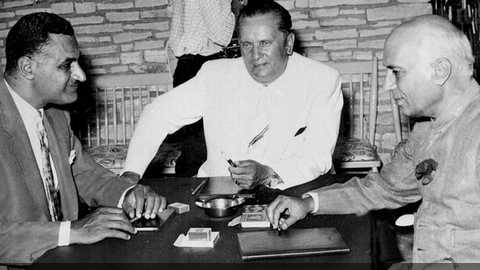 Three men, who along with two others (not seen in the picture) came together to found the non-aligned movement in a bid to keep their nations free and sovereign, and yet wedded on the principles of non-violence and a compassionate world order. India's first prime minister, Jawaharlal Nehru; Indonesia's first president, Sukarno; Egypt's second president, Gamal Abdel Nasser; Ghana's first president Kwame Nkrumah; and Yugoslavia's president, Josip Broz Tito, far ahead of their times, decided to bring together the developing nations against the hegemony of the so called developed world. Nasser, Tito and Nehru had the first historical meeting and are seen in this photograph above.