She arrived in a gracefully draped, pleasing yellow chiffon sari at the Hay Market’s Cineworld Cinema, bringing sunshine to a cloudy day. On stage, the multi-talented Sharmila Tagore was in top gear as she looked back on her extraordinary life. She was in conversation with London-based writer-director-turned-film-maker Sangeeta Datta.

Sharmila’s last role was as the lead in Sangeeta’s debut feature film, ‘Life Goes On’ (2009), which was a highlight subsequently at Mumbai’s MAMI festival.

Sharmila Tagore seems to have luck and opportunities strewn along her path and her forte has been to make the most of every one of them. “I taught my children my golden rule”, she said, “Whatever you do, see that your score is 10 out of 10.”

Sharmila was born into the illustrious Tagore family, with great grandfather Gaganendranath who introduced cubism in India and a great aunt Swarnakumari Devi, the first woman novelist in Bengal.

“My childhood was spent surrounded by a cultural learning in a liberal atmosphere of tolerance and wellbeing”, Sharmila recalled. Her family knew Satyajit Ray well and revered him. They had their own reference point for him: if God were to look up to another God, it would be Satyajit Ray.

When Saytajit Ray asked Sharmila’s parents (she was all of 13 at the time) if she could act in ‘Apur Sansar’, she very unusually just walked into the part. “At that time films were looked down upon. Women and young girls were not allowed to see films, much less work in them.” However, her family had already allowed her sister to act in ‘Kabuliwala’. So, they readily agreed.

A clip from the celebrated film was screened, of the scene with Sharmila as a decked-up child bride holding back her fear and tears as she enters her husband’s modest terrace rooms. Sharmila shrugged of the magical emotional thrust of her stunning first-ever screen appearance, saying, “What you don’t hear is Ray’s voice instructing me throughout the scene, saying, turn left, look down, see sideways.”

A clip from her film ‘Devi’ led her to talk of the religious orthodoxy that prevailed then and the bewildering inward duality of a role that contained her feelings as a woman and as a goddess. She often touched on the sheer delight of working with Ray, referring to his unique sense of dialogue and later, of his films when he went solo, taking over the reins of filmmaking as the complete auteur.

Sharmila talked of ‘Seemabaddha’ and its contemporary urban theme of unemployment. At the time, she said, Ray was being criticised by Mrinal Sen and others for not being political enough, which could be why his films veered towards seeing the seamy side of city life.

Bombay beckoned and Sharmila took as exuberantly as is her wont to commercial Hindi cinema and its excessive bravura. The contrast in seeing her in heavy make-up, close-fitting costumes and swaying seductively (she excelled here also, of course) brought an audible gasp. In India’s film capital too she worked with the best – Shammi Kapoor, Gulzar, R.D. Burman, Rajesh Khanna, just name the famous and she was alongside them. She said, “Shammi was so difficult. We would rehearse one scene to the last detail and when filming, he would do something completely different.”

A clip from the film ‘Mausam’, directed by Gulzar, where she plays a brash prostitute with an elderly Sanjeev Kumar staring in horror at her crassness, displays her consummate range as an actress. She prepared well for this very different role and read a lot about the tribal low life of the area where the film is set.

Not phased a bit by a question on displaying her dare-bare bikinis on screen, she amiably named the correct title of the film that showed her most famous bikini appearance. She added without any prompting, “I was not forced at all into doing so”, she said, “I know I looked good!”

Sharmila then launched into a variety of subjects. She talked of the time when she met her husband–calling him Tiger–and how her film colleagues while at shoots in different countries, made no bones about their alarms that she got to know him. On how she faced combining her career with a domestic life as wife and mother, her expressive face reflected her dilemma. She said that memory has a collective data and that children retain them from early childhood. So, combining career with motherhood was an emotional tug of war. But her husband shared in caring for them and the home, and she managed to do what she always has wanted and done in her life, “Have my cake and eat it too.”

She talked most optimistically of the film scene in India today. She listed names of new directors and actresses to corroborate the immense talent in the country and also titles of emerging cinema that displayed a high thematic standard.

She did not demur either when asked a tricky question about the debacle of today’s Censor Board. She said that as she herself chaired the Central Board of Film Certification (2004 to 2011), she should not go into detail on the subject. She added, she constantly found that the role of CBFC was misconstrued, with people constantly taking its function to be of censoring films, when the Board was there primarily for certifying films. She did say that in her time too, there were difficult decisions to make. Her wry comment on today’s censor rumblings concluded with: “It can improve.”

The talk ended with a smile on everyone’s face, which reflected their journey into the evolvement of Indian cinema through the life of one of its most exemplary and radiant stars. 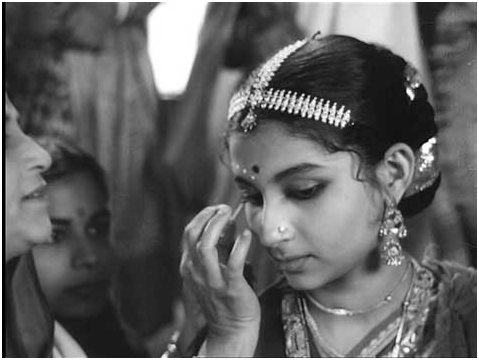 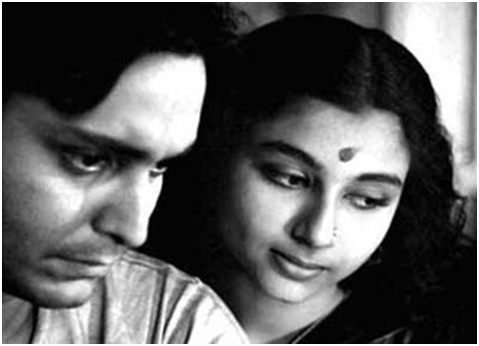 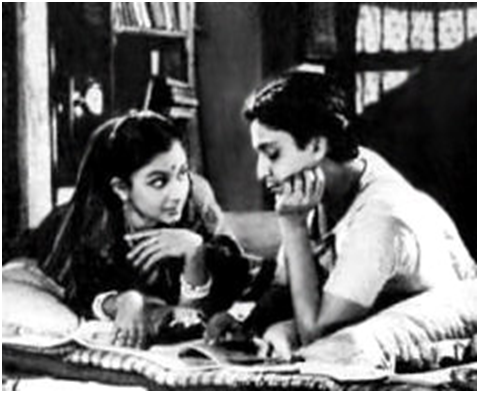 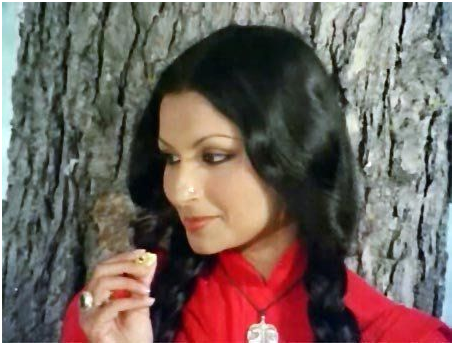