Khan took to the micro blogging site to state, “I fully understand & respect security with the way the world is, but to be detained at US immigration every damn time really really sucks.”

Khan followed up the tweet with a lighter, “The brighter side is while waiting caught some really nice Pokemons.”

It is not clear at the time of writing why Khan was detained, or for how long. However, this is not the first time Khan has been detained at a US airport. In 2009, he was stopped for two hours at Newark airport. He was released after India's embassy intervened. In 2012, the actor arrived on a private plane and was on his way to Yale University for a function when he was stopped.

External affairs minister SM Krishna said at the time that this "policy of detention and apology by the US cannot continue". US customs and border protection authorities later expressed "profound" apologies for the incident.

Khan made light of the incident at Yale University at the time, saying, "Whenever I start feeling arrogant about myself, I always take a trip to America. The immigration guys kick the star out of stardom.”

This time, while there has been no official comment from US immigration officials, US Ambassador to India, Rich Verma, tweeted in response to Khan’s tweet about being detained, “Sorry for the trouble at LAX @iamsrk. We are working to ensure it doesn’t happen again. Your work inspires millions, including in the US.”

US State Department's assistant secretary on south and central Asian affairs, Nisha Biswal, also tweeted to Khan, saying that she was "sorry for the hassle", adding that US diplomats also face this situation. 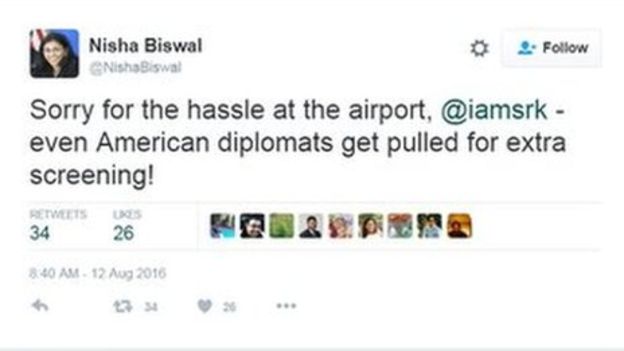 The larger social media commentary focused on US immigration, and questioned why Khan is repeatedly detained. 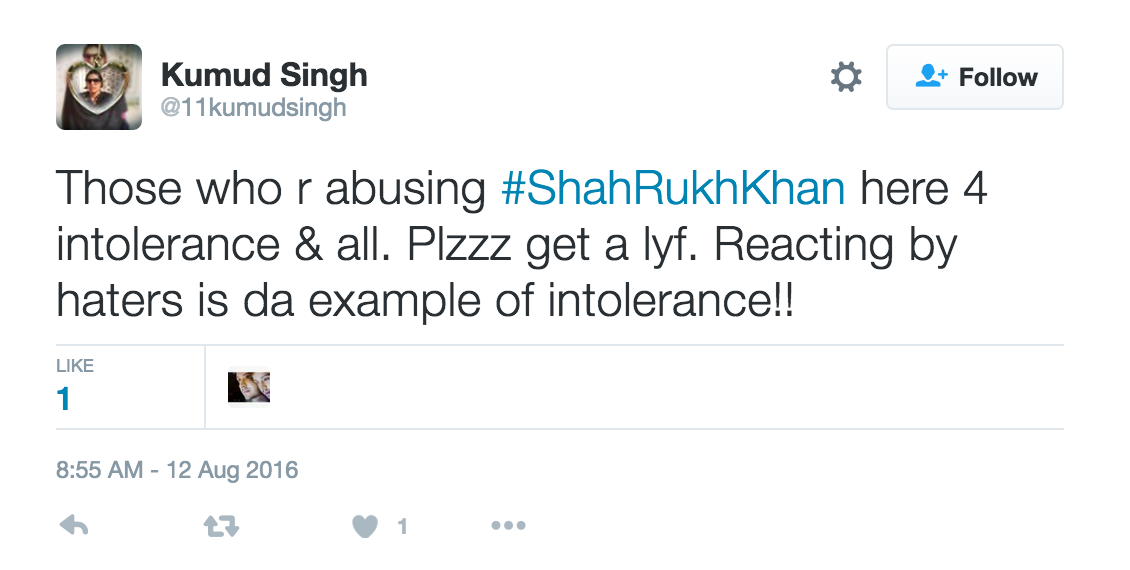 Others, brought up Khan’s comments on the growing intolerance in India. 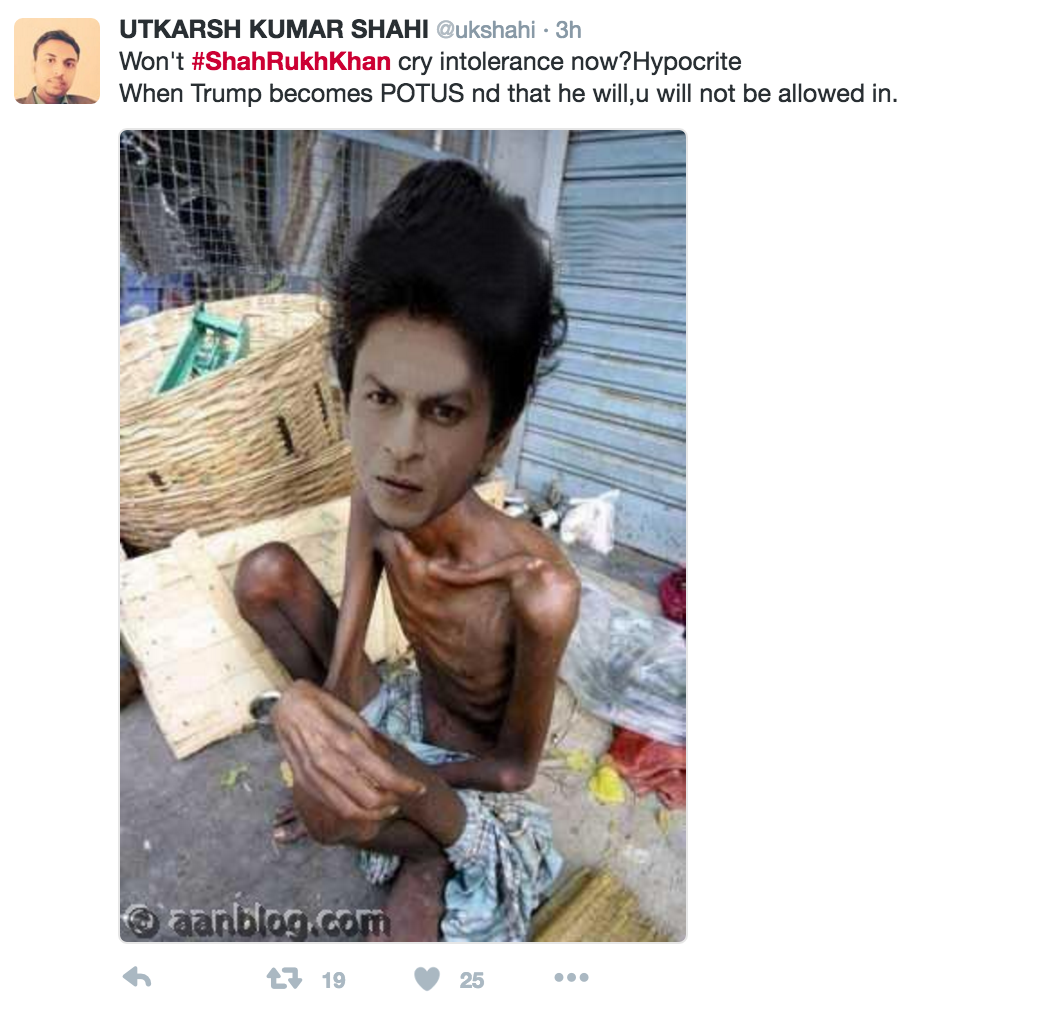 Some people, however, wondered what was the big deal.