The feeling that the post pandemic world would only expose the skewed nature of cricket was confirmed when Cricket Australia announced, rather belatedly, their decision not to tour South Africa. And this time Cricket South Africa are crying foul.

South Africa were hit by a double whammy. Their team showed incredible fight on their historic tour of Pakistan, and also a high propensity to collapse like a house of cards. Then their board had to deal with the fallout of having done all the hard work only for Cricket Australia to pull out of the tour at the very last minute.

The wrath heaped upon Cricket Australia following their sudden announcement has been vociferous, and poignant. Given the hoops that Cricket Australia made the ICC jump through before finally pulling the plug on the Twenty20 World Cup, the decision not to tour South Africa, after putting CSA through a similar rollercoaster of plans and emotions, has hurt their image badly.

If Cricket South Africa were indignant when England pulled out midway through their tour last year, they are now hopping mad at CA’s decision, calling for the ICC to redress the issue of honouring the Future Tours Programme as well as the World Test championship - which shows the huge financial implications for cricket boards hit badly by the decisions of the more influential boards, particularly the big three as India, Australia and England have come to be called.

CA’s decision not to tour South Africa inflamed passions because it goes to the heart of the issue raised by CSA at the time of England’s unexpected departure.

At the time CSA alleged that England’s move was a signal from the big three that they held the power to undermine the efforts of the less influential, and certainly less financially viable cricket boards. Now Cricket Australia’s decision, particularly after the huge pomp of making the Indian tour Down Under happen at all costs, must be exposed as being hypocritical.

Remember that the BCCI not only turned down CA’s proposal to play a fifth Test match à la the Ashes, those negotiations were happening while the ICC was involved in a vain facesaving effort against Cricket Australia, which did everything possible to make it known it would not host the preassigned Twenty20 World Cup in the pandemic’s first year.

The Indian cricket team were subjected to strict quarantine measures, and were even mocked as being too chicken to compete when they raised issues about the facilities with regard to covid restrictions in Brisbane, the venue of the fourth and final Test, going on to win in sensational fashion to beat Australia in Australia for only the second time in history.

Even in Sydney, while the Indian team was competing, lockdown measures were imposed in several districts, a fact CA seem to have conveniently forgotten, claiming through their interim chief executive Nick Hockley that “travelling from Australia to South Africa at this current time poses an unacceptable level of health and safety risk to our players, support staff and the community.”

It happened to be a time when the South African government was in the midst of lifting several restrictions and downgrading the threat of the pandemic, claiming South Africans were over the curve in terms of a second wave.

“CSA has been working tirelessly in recent weeks to ensure that we meet every single expectation of CA. This was set to be the longest tour in BSE (a biosecure environment),” Smith said while describing the situation as “frustrating.”

CSA’s acting CEO Pholetsi Moseki stated the angst of the times: “CSA has incurred significant costs related to the planning stages and the cancellation of the tour represents a serious financial loss. In this challenging period for cricket and its member countries, we believe the stance taken by CA is regrettable and will have a serious impact on the sustainability of the less wealthy cricket playing nations.”

It is now believed Moseki has sent off a letter to the ICC stating explicitly these concerns and asking for its intervention, citing the tour cancellation’s effect on prestigious events such as the World Test championship, while terming Cricket Australia’s decision as being “against the spirit of sportsmanship.”

It is not hard to see why CSA, after going through challenge after challenge put forth by Cricket Australia, would refuse their counter offer of having the Proteas travel to Perth.

There is palpable anger and speculation that CA set imposing demands on Cricket South Africa in the hope that they would not be met, using which as an excuse they would inevitably cancel the tour.

From importing track and trace systems at CA’s insistence to according diplomatic status to the Australian contingent so they wouldn’t have to go through immigration channels, as South Africa coach Mark Boucher put it there was indeed the feeling that the red carpet was being rolled out for the Australian team.

Clouds hung heavy over the impending tour even late last year, as England commenced on their own commitments in the southern hemisphere. But England’s abrupt pull out citing a breach of covid protocol by unnamed members of the South African team led CSA to issue a lengthy statement denouncing the ECB move and casting counter-aspersions that the English team and staff had bullied their way into unrestricted training facilities and an adjoining golf course.

For South Africa, the series against the visiting Sri Lankan team around Christmas and New Year became pivotal in the prospect of Australia’s withdrawal, as an audition to prove to the Australians CSA’s ability to host international cricket and keep it biosecure.

As the Sri Lankan series went off without a hitch, the unsuspecting CSA went about making elaborate plans to accord the Australian team government-approved VIP status, exclusive use of the Irene Country Lodge which they shared with Sri Lanka, and fourteen-day quarantine for all hotel staff and training ground facilitators, as well as their own players, before the Australians arrived.

What is even more incredible is that while desperation might have played a big role in South Africa’s choosing to tour a cricket-deprived Pakistan, they even made plans to ensure that crucial members of the team would fly home after the Test series instead of continuing on the tour for its limited-overs leg, to isolate and train ahead of the Australians’ arrival.

With Cricket South Africa having pulled all the stops, there is growing anger at the richer and more powerful boards sidelining certain tours at will. Australia are already guilty of shelving matches against Afghanistan, which the chief executive defended by saying it did not make sense to have quarantine for a single Test.

Cricket Australia met their own players’ demands by insisting their itineraries accommodate participation in last year’s IPL, and by having more than two dozen players line up to play the next edition this year. And they conspicuously put in all their resources to ensure that their windfall from India’s tour remained intact. Leaving us with the feeling that a game of vested interests is on, and more perceptible now than ever before.

Unless the governing body demands greater accountability from these boards, they may drain cricket dry with a disparity of opportunities and wanton disregard for mutual agreements. 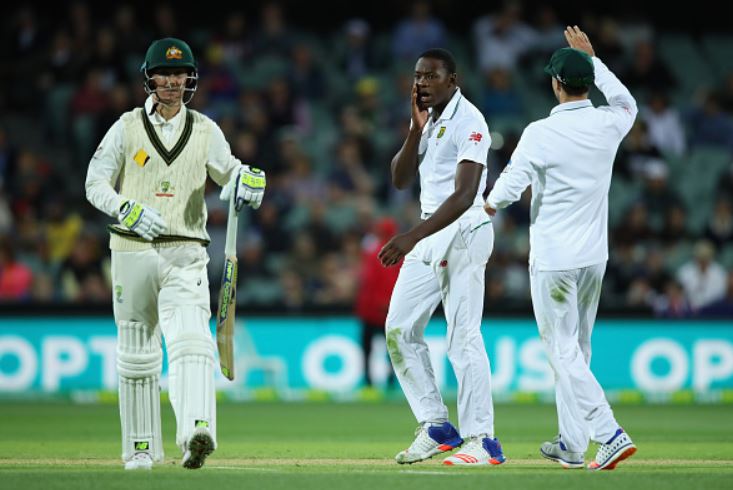