Why the Exotic Wildlife Trade is Rising Steeply in India

The smuggling of wildlife animals is as sophisticated and well-connected as the smuggling of arms. Exotic birds and rare animals are first caught in the jungles of Brazil, Malaysia, Singapore, Thailand, Papua New Guinea, Australia, New Zealand, and some countries in Africa. They are encaged, sent out on cargo ships, and sent to India on fishing boats offloaded on the coasts of Konkan and Daman. They are then brought by road or rail to centres in Calcutta, Delhi, Hyderabad, Ahmedabad and Mumbai.

Some rare species are also smuggled into India over land, such as through Bangladesh into Calcutta. Finally, these animals are transported to illegal markets in India. Most of these species are either endangered, threatened, or vulnerable as tracked by CITES or the IUCN Red List.

Many animals do not survive the trauma of being transported for long hours from their homes through several countries. However, the buyers still make full payment to sellers as the buying cost is astonishingly low.

Prosecuting illegal traders or pet shops is an uphill task which often leads to disappointment.  With only a few exceptions, most cases are dropped due to the high level of corruption involved. Wildlife trafficking networks typically comprise many interlinked elements that carry out different functions in the chain.

Interventions by High Courts have been fruitless as these markets are highly resilient and adaptive. In some cases a market has stalled for some time until a particularly strict High Court judge retires, and when that happens it springs back into action.

In markets like Crawford, Mumbai the local police are usually in cahoots with illegal traders. Information is immediately passed on to traders when an informed citizen or activist lodges a complaint at a police station. All arrangements are made before the area is raided. This is why activists now depend on the crime branch, so the local police station is not involved.

Animal protection groups in India claim that there are several live animal markets in the country that keep exotic species alongside domestic animals under unhygienic and stressful conditions, which also have the potential to transfer pathogens from one species to another.

A report by the Wildlife Conservation Society, India mapping wildlife markets in the country finds there are at least 25 markets that trade in live wildlife and 14 that trade in wild meat. Besides Crawford Market in Mumbai, examples include Russel Market in Bangalore, Murgi Chowk in Hyderabad and Mir Shikar Toli in Patna. 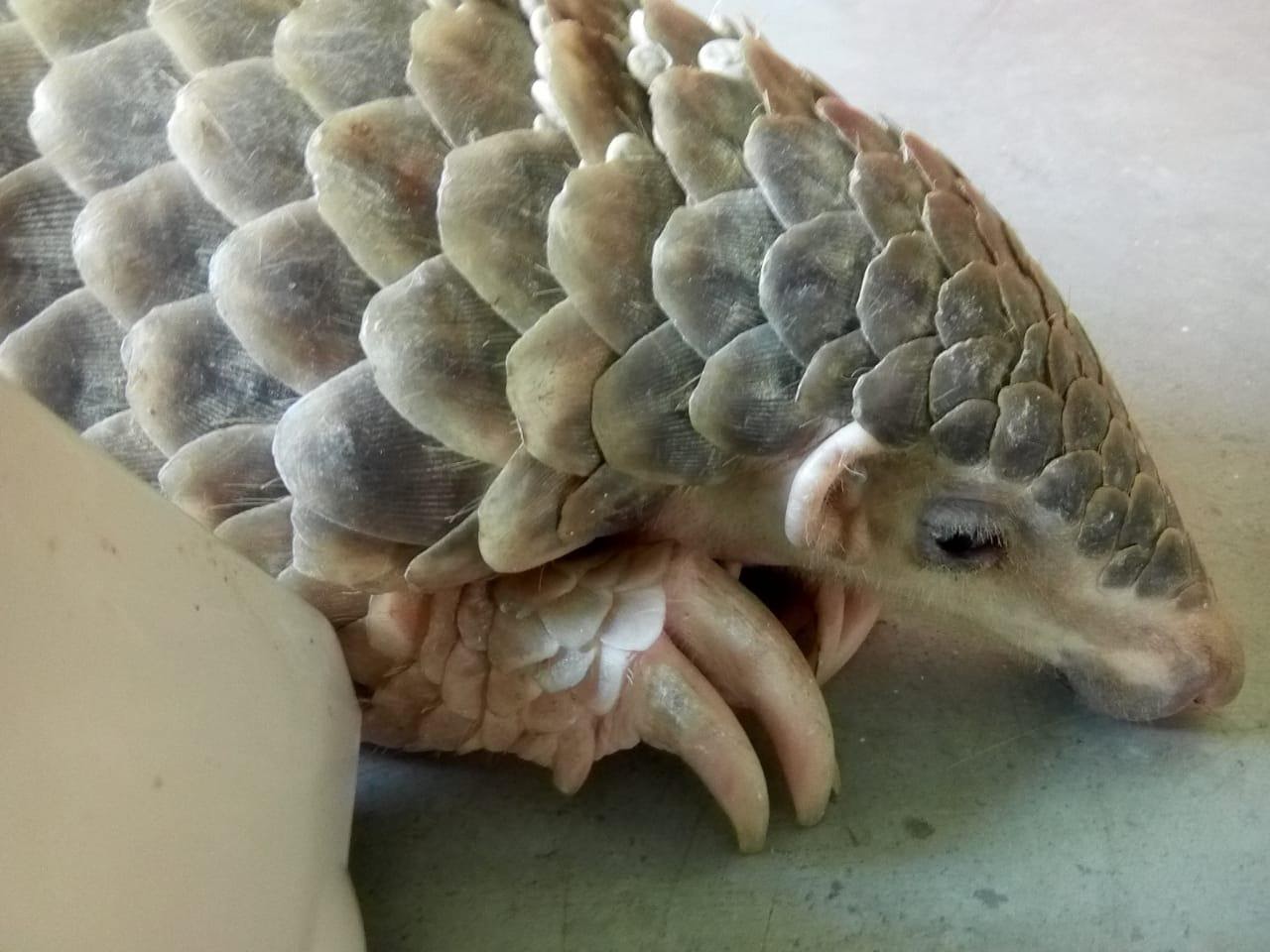 The pandemic has caused havoc by disrupting business as usual. It also provides us with the opportunity to focus on issues that were otherwise neglected mainly due to a selfish and human-centric worldview.

Zoonotic diseases like Covid19 originate in other species and are transferred to humans and spread among them (and also other animal species) through direct or indirect contact. There is a loophole in the Wild Life (Protection) Act of 1972 that directly affects the occurrence of deadly pandemics like the one caused by Covid19.

While the WPA regulates trade in wild animals, it does not include exotic wild animals imported into India. This loophole has led to a sudden spike in the commoditising and trade of exotic species, since the WPA is enforced only for trade in native animals protected by its six schedules.

Further, an “exotic animal” is not defined in any law in India. Exotic wildlife may be sold in a pet shop or a live wet market, although the Pet Shop Rules of 2018 protect many species like monkeys, snakes etc.

The law requires pet shop owners to ensure that their suppliers of imported exotic breeds of birds and animals have obtained: the necessary approvals or licence from the Director General of Foreign Trade, a sanitary import permit and permission from the Regional or State Animal Quarantine and Certification Services, and to satisfy themselves that the live animals were imported through legal and appropriate channels.

Despite all the rules in place, illegal trade in exotic species takes place in brick-and-mortar shops as well as online, via e-commerce platforms like Olx and Quikr, without being licensed by the State Animal Welfare Boards. The strong network of traders ensure that all attempts to curb this illegal wildlife trade fail.

Licensing is important from a public health perspective as well, as it ensures safe, humane and healthy conditions for exotic animals, which is the first step to curbing the origin and spread of deadly zoonoses like Covid19. 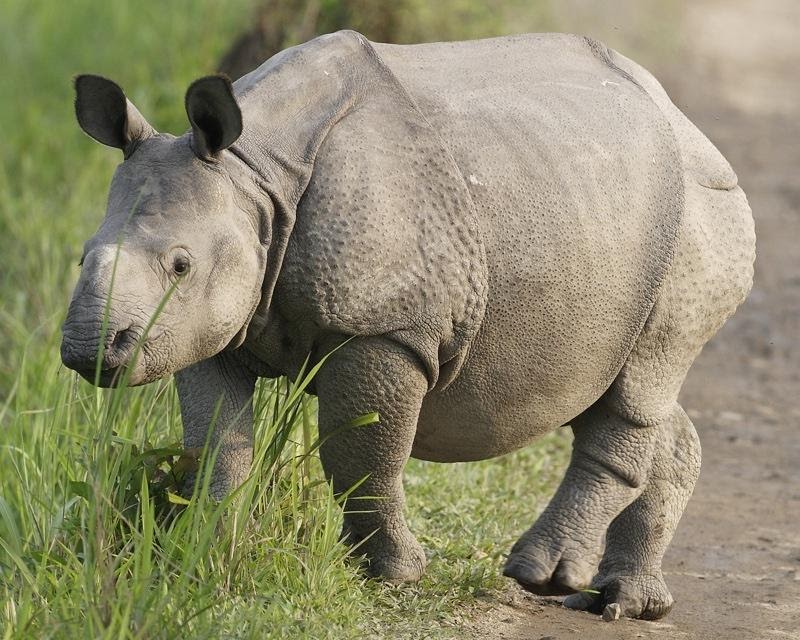 Another loophole is offered by the customs law. There are penalties for import and export offences, including wildlife transport without authorisation, the export of protected species, or the misclassification of exports, in the Customs Act 1962, the Foreign Trade (Development Regulation) Act 1992, and the Foreign Trade Policy of the Government of India.

Trade in any exotic species listed in Appendix I of CITES [the Convention on International Trade in Endangered Species of Wild Fauna and Flora] is allowed only with import and export licences from CITES Management Authorities in the importing and the exporting country, a certificate from the Directorate General of Foreign Trade in India, and permissions from the Chief Wildlife Warden of the state to which it is being imported.

However, the legal lacunae lie in the fact that the animal may be freely traded once it has entered Indian land. If someone were found with a kangaroo 100 kilometers inside Indian territory, there is no law to prosecute the owner or possessor.

Customs law applies only when smuggling is clearly made out, and the onus of tracing animals to their country of origin lies with the authorities, and it is a very difficult task.

These laws are also weakened by the absence of provisions for imprisonment. Moreover, they do not prescribe the need to involve wildlife and forest authorities who are typically the experts in this domain. This causes a lack of inter-agency coordination, and further enforcement challenges. 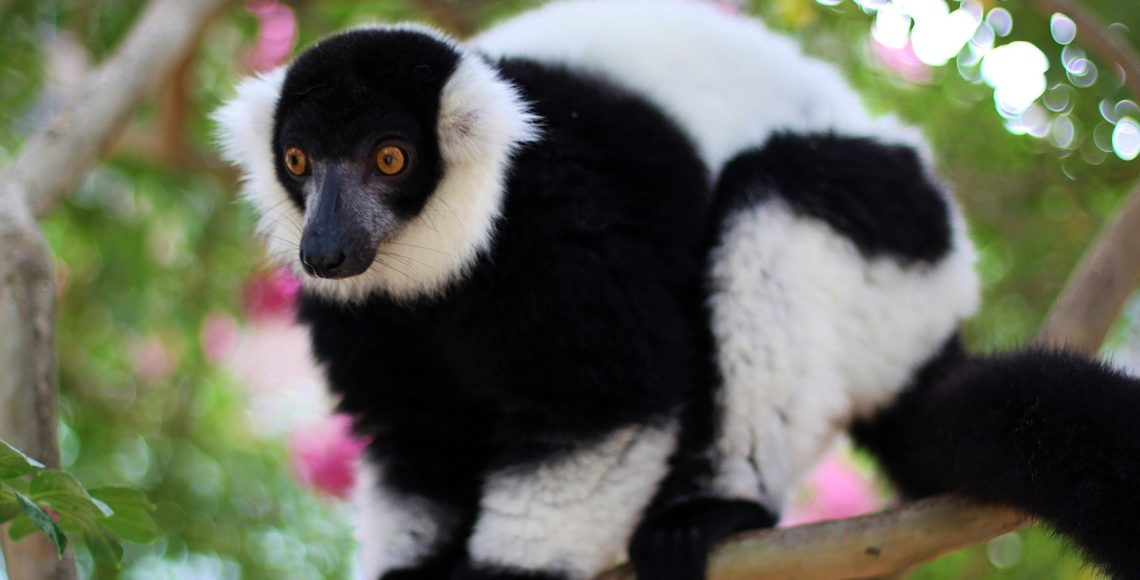 The Union environment ministry recently issued an advisory on the import of exotic live species in India. It requires importers to obtain a licence to import live animals from the Director General of Foreign Trade and a no-objection certificate from the Chief Wildlife Warden of the relevant state. This is intended to help forest and wildlife authorities keep abreast of imports of exotic species.

In addition, it announces an amnesty scheme under which the owners of exotic species are required to declare and register their animals within six months of acquiring or importing them. If delayed, they will have to furnish documents relating to the animals’ provenance.

This is problematic because some critically endangered animals, like the black-and-white ruffed lemur are also covered by the amnesty scheme, acquiring which would typically attract harsh punishment. In fact the amnesty with its “no questions asked” policy violates CITES provisions in Article VIII of the convention.

At least three options are on hand to address these major loopholes:

a) Amend the WPA to include not only CITES protected animals but also other exotic animals that need protection,

b) Introduce a new law that deals with trade in exotic species and criminalises not just ownership but possession of exotic animals, or

c) Intervene in the Supreme Court to fix the loopholes until a new law is passed.

Since the Union government has already indicated its intention to curb the illegal trade in exotic wildlife by notifying the environment ministry advisory, all it needs to do is create a list of protected exotic animals in consultation with experts working on the ground and amend the WPA accordingly. Involving the forest department along with NGOs will be a must in this process.

For this purpose the CITES and IUCN species lists are not enough. Many exotic species traded in India are not listed under CITES, which also does not properly address two significant threats from exotic species: turning into invasive species and spreading zoonotic disease. Nor does it address the domestic trade in exotic species.

The second option is to introduce a new law that would put in effect the obligations India has undertaken by ratifying CITES in 1976. This could be on the lines of a model law and legislative guidance published by the CITES secretariat. India could also take some cues from Singapore which passed such a law in 2006.

However the chances of these two options materialising is very slim, considering the poor track record of the current government in environmental protection or animal welfare, where it has yet to pass an amendment to increase the penalty for cruelty to animals.

People throw flaming tar at a mother and her calf in Bishnupur, West Bengal

The third option, in which the court makes law by filling the legal loophole, would go against the separation of powers whereby the legislature should make laws and not the executive or judiciary. Yet it is the only feasible and practicable option available.

The Supreme Court has played an active role in furthering social justice in the past, by making a law where there was none, like the Vishaka guidelines on workplace sexual harassment. It has also rectified historical wrongs by declaring a provision unconstitutional like the reading away of Section 377 of the IPC.

Judges can also make laws where there is a legal loophole, as in the D. Velusamy vs D. Patchiammal judgement last year where the court determined certain prerequisites for a live-in relationship to be considered legal.

In this case, the immediate cause for the court to intervene could be the fact that by not legislating a law dealing with trade of exotic wildlife, India is not fulfilling its obligation under CITES.

In India, international treaties need to be legislated in Parliament before becoming law, though of late the courts have adopted some international norms directly into the domestic sphere, in what has been called creeping monism.

If the courts can show some initiative in this space, the animals who suffer due to these legalised loopholes would be forever indebted.

Vivek Mukherjee is an Assistant Professor & Faculty Coordinator at the Animal Law Centre, NALSAR University of Law in Hyderabad. This article stems from a research project on ‘Zoonotic Diseases and Animal Markets’ the Centre recently conducted with the Animal Law and Policy Program at Harvard Law School