Echoes and Recollections of the Past

Preserving the past before it’s lost

Neatly tucked away in an old teak-wood cabinet were snapshots of all that she had been, layers of rich occurrences, and all manifestations of life she had lived through, she often opened the door to these memories, peering at the nostalgic caricatures of history through her glasses, photo albums becoming a film of effervescence, movement and adventure in her moments of rest on that preserved, furbished armchair, which often bore stitches of antiquity, poise and wisdom.

You are a lot of notions, incidents, and emotions, you are a lot of people, piles of memories. You allow your emotions to live somewhere, you put your feelings someplace, a person somewhere, a memory in another hidden corner, you leave warmth neatly tucked in your heart, calmness in places where you know your loved ones are fine, you put memories in little boxes of your mind, only opening them into spaces as you travel time.

You leave a person behind; you meet other people, you are a zigzag, a mishmash, an effortlessly folded pile of clothes, a careless breeze, a scanty winter sun. There are heaps of black and white, almost green, almost orange photographs, with bits of ink stating the year to which it belongs to, pictures of people, of houses, of families and of locales – a still life that moves through words and tales; suddenly a photograph becomes a tangible visual when someone narrates an era, a moment, an experience.

He was from Lahore, she narrated snippets of her time in Amritsar, he bore stories of trains and pieces of luggage, of kitchens and vessels. She peered through glass windows and kept notes from her day in little paper boxes, she painted flowers in her garden, she had pictures of the posing bougainvillea, he carried an old bicycle, he drowned himself in books, they met a Japanese family and recounted stories from the family’s strawberry farm, he told stories of angithis and cowlis, they narrated accounts of struggle and trials, and often of unconstrained hope.

Through eras and generations we have heard people tell people stories, the older illuminating the younger ones on past events and people, their adventures and challenges, personal accounts being passed down from one generation to another, and often being interpreted, re-interpreted and sometimes getting lost in the commotion and flatness of life. Built around this idea, documenting family, Personal and institutional histories – Family Fables Co. is a newly found publishing platform helping families preserve, document, archive, and share their life stories through books comprising stories of the previous era and past generations before these chronicles could be lost forever.

Samrata Salwan Diwan, the founder of Family Fables Co., says “Today every life is on display on social media for the world to see, whereas a whole generation is getting older along with their stories; if these stories are not written or recorded, would be lost forever.” She adds “My passion for oral history began long before Family Fables and it was while listening to tales narrated by my grandparents from their childhood at the backdrop of the Partition that I found my passion for history. My Nani would often tell tales of her father Prithvi Nath Deogun, who had a huge influence on her life. In 1919, he had attended the Indian Congress session in Amritsar where he dragged Lokmanya Tilak’s cart through the bazaars, saved Mahatma Gandhi from being crushed against a wall by an over-enthusiastic crowd and raised money for various political funds.” 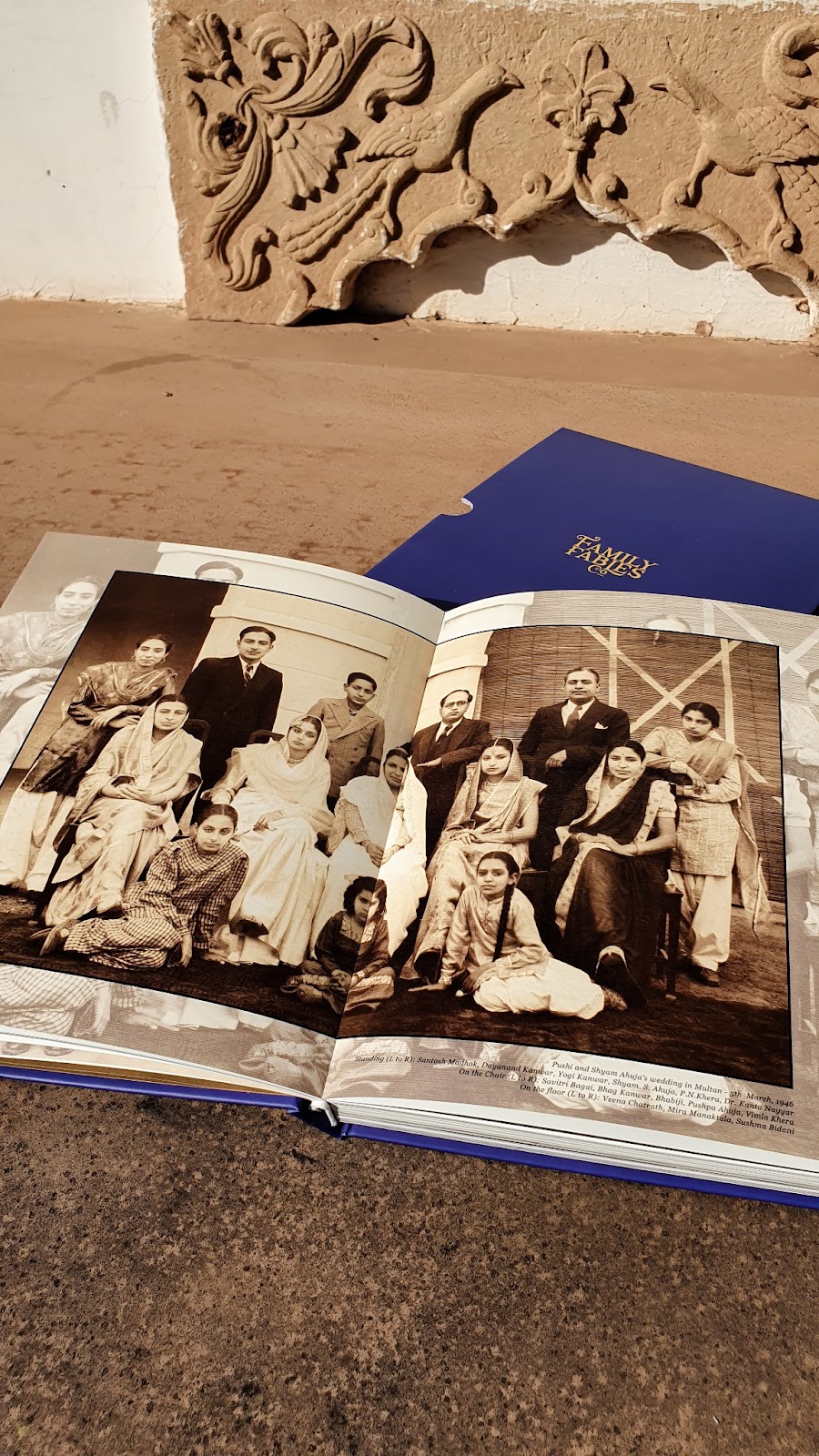 Samrata’s extensive education and background in history and international relations built at reputed institutions like St Stephens, Delhi and School of Oriental and African studies at the University of London, allows her to contextualize these family anecdotes and provide a broader historical, socio-cultural and political perspective when documenting research. “The simple stories narrated by my grandparents gave me an insight into their struggles, triumphs and of an era that could now only be lived through those stories. It is so important to connect with our roots and to share those rich histories with younger generations,” Samrata asserts. “It was in 2017 that I realised that I do not want my family history to be lost and started working on this passion project that eventually grew into a platform to preserve past narratives that could be viewed and read in libraries and could become significant pieces of restored, safeguarded stories in books, comfortably kept on coffee tables of families around the world.”

Family Fables Co. has brought together stories of people with prolific pasts. There is a book about tales by Shail Dhingra – the ‘Queen of Chrysanthemums,’ and her fond memories of her travels to Japan in the 1960s with her husband and her childhood dwelling in Janpath in the 1940s, in an excerpt from the book – she recounts “the atmosphere in Connaught Place, where we lived, was electrifying. The Second World War had just concluded and the Allied Forces were still in India. The restaurants were all decorated and full of British and American soldiers, known as Tommies, drinking and dancing with the ladies."

In another book excerpt Man Mohan Charath orates his Partition story – “When the Partition happened, I was in Dharamshala with my father at his friend’s house. A week later, around the 21st-22nd of August, my father and I went to Amritsar to make our way to Lahore, primarily to collect the title deeds of our house.” Then there is a tale of how a family discovered that their grandmother was in a film – Nine Hours to Rama, a 1963 British Film directed by Mark Robson. There is also the story of Diwan Surindar Lal, who lived through the India-Pakistan Partition, built an empire from scratch with his father when the family had to forgo their factories, mills and ancestral havelis in Gujranwala because of partition. 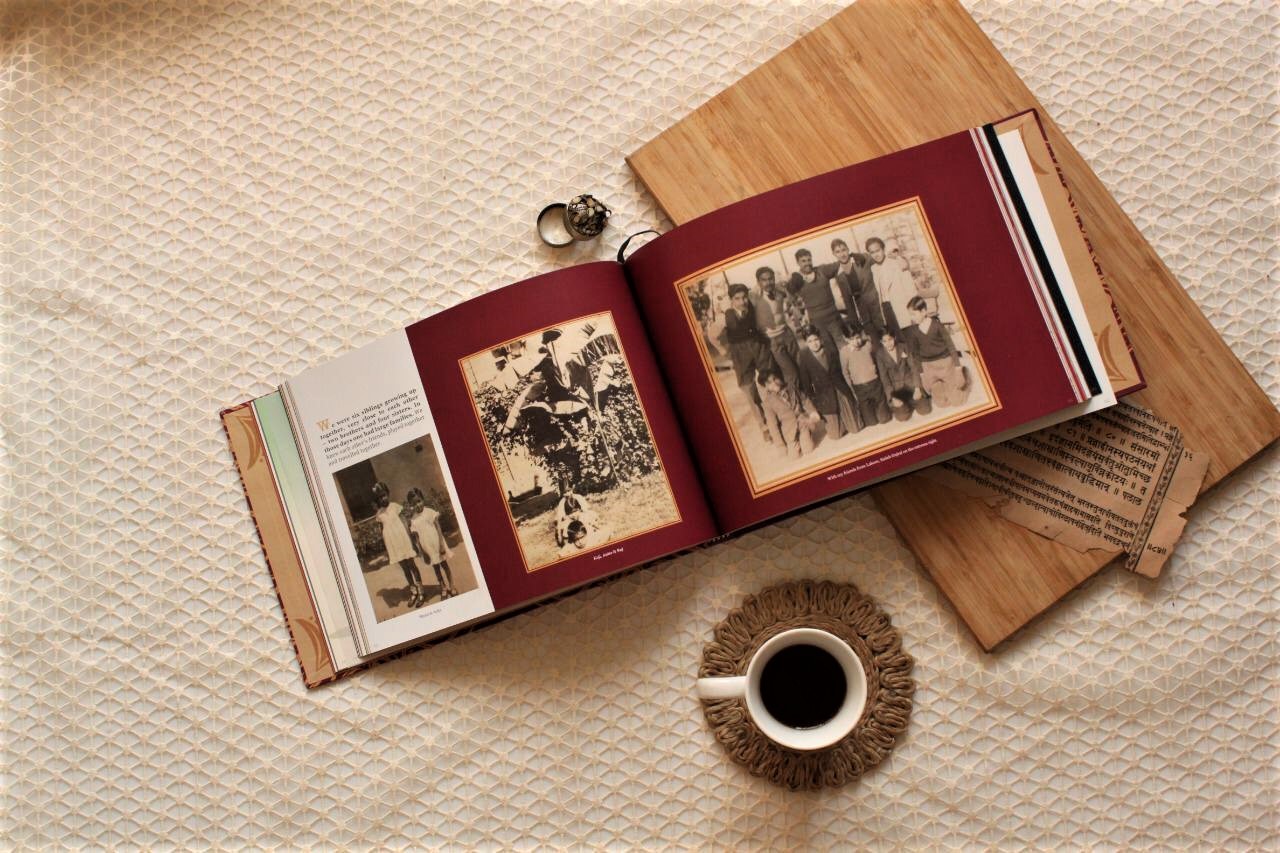 These books are records of orally narrated family stories which become the backbone for intergenerational communication, stories about undivided India offering an absorbing and profound insight into simple moments, food, the migration that came with the Partition of the country and setting up life again. Family Fables Co. has brought together legacy books which combine personal tales, visuals, and photographs of the family, often documenting the family tree, cookbooks re-counting unforgettable family recipes, and Institutional History Books. Surinder Lal, Man Mohan Charath, Diwan Surindar Lal, Shail Dhingra, Beyond the Name: celebrating the life of former Chief Justice of India - Justice YK Sabharwal, Bohemians in Banaras – family history of Roli Books, are some of the many books written, edited and published by Family Fables Co.

The essence of the past is special, it takes you to places and spaces, makes you visit glimpses of your beginning, musings in that carousel you keep on your centre table or a bouquet of black and white photographs which you still preserve in corners of your home. You gather memories, sometimes narrate them, the air listens and engulfs it in a safe place, lingering in shadows of eternity. Memories of that saree you danced around in as a child, that palm sized diary you kept in your pocket, the white dishes with dashes of painted daffodils – the one which once upon a time served a chicken curry; memories often surround belongings, affected by a past and often become piles of stories, vastly rich that they take you back to spaces you have never travelled to, so precious that silken sheets of paper entrench these memories in words, becoming the redeemer of a time gone by, yet never forgotten.